The more deprived the area, the higher the mortality rate – for all causes of death. We have to rebuild a fairer society, argues Professor Sir Michael Marmot (UCL Epidemiology & Health). 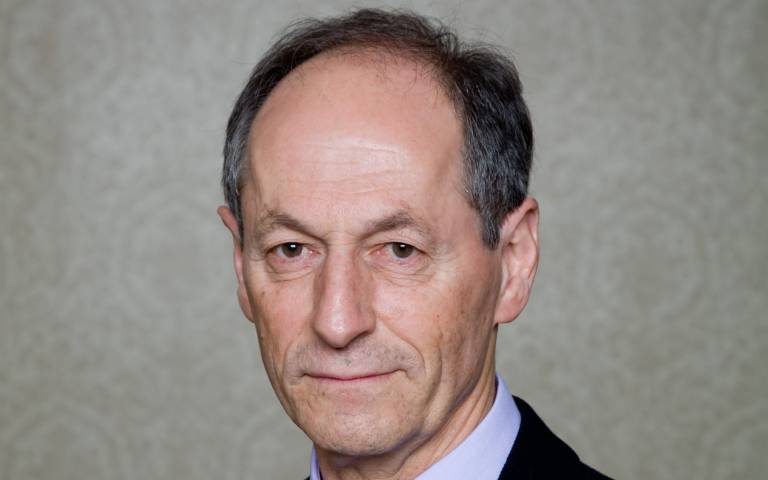 In 2017, Hurricane Maria hit Puerto Rico. The official number of casualties as a result of the storm is 64. But take into account the longer-term consequences – devastated infrastructure, overwhelmed hospitals – and the death toll rises to the thousands. When we look closely at these figures, we see something else too: two months afterwards, mortality had risen sharply for the lowest socioeconomic group, somewhat for the middle group, and least for the highest group. A huge external shock had thrust the underlying inequalities in society into sharp relief.

So it has been with Covid-19. Inequalities in health, and in the social conditions that lead to ill health, have been revealed and amplified by the pandemic and the response to it. Now, with vaccines coming onstream, there is talk of Britain getting back to “normal”. But the “normal” that existed in February 2020 is not acceptable. The Covid-19 pandemic must be taken as an opportunity to build a fairer society.

A new report that my colleagues and I at UCL have published today uses evidence to suggest how we go about doing this.

In February 2020, just one month before the UK entered a national lockdown, we published a review of what had happened to Britain’s health and health inequalities in the 10 years since 2010. The picture was bleak: stalling life expectancy and rising inequalities between socioeconomic groups and regions. Most remarkable was the bucking of a long-term trend of health improving year on year: a woman living in the most deprived area in north-east England, or other areas outside London, had less chance of living a long and healthy life in 2019 than she would have had 10 years ago. We made a series of recommendations, addressing the social determinants of health, for how things could and should improve.

Then, Covid-19 changed the world dramatically. But in England the changes have been entirely consistent with its state before the pandemic hit. England’s comparatively poor management of the pandemic was of a piece with its health improvement falling behind that of other rich countries in the previous decade.

There are four possible explanations: the quality of governance and political culture, which did not prioritise the conditions for good health; continuing increases in economic and social inequalities, including a rise in poverty among families with children; a policy of austerity and consequent cuts to funding of public services that were sharply regressive; and a poor state of the nation’s health.

Addressing all four of these is at the heart of what needs to be done to bring about change.

A striking feature of the pandemic is the way the risk of fatal Covid-19 is distributed unevenly across the country: the more deprived the area, the higher the mortality rate. This looks rather similar to the picture for all causes of death. Another is the high mortality rate of members of black, Asian and minority ethnic groups. Much of this excess risk can be attributed to living in more deprived areas, working in high-risk occupations, living in overcrowded conditions and, in the case of Bangladeshi and Pakistani groups, a greater prevalence of relevant pre-existing conditions.

Structural racism means that some ethnic groups are more likely to be exposed to adverse social and economic conditions, in addition to the everyday experiences of discrimination – causing a “robbery of resilience”, as Marvin Rees, the mayor of Bristol, put it. The spreading of the Black Lives Matter protests to the UK has raised the visibility of these issues.

Building a fairer society will entail addressing this fundamental cause of social injustice, in addition to the social and economic inequalities that are so pervasive. We also must accept the growing recognition, worldwide, that economic growth is a limited measure of society’s success. We would do well to learn from the example of the New Zealand Treasury, which in 2019 put wellbeing at the heart of the government’s mission.

Our new report is called Build Back Fairer. One objection to our proposals is about money. Reversing the cuts to children’s centres, to per-student funding in schools, to local government, to adult social care, to the health service, will take public spending. So too will paying care workers a living wage and having more generous safety nets that do not consign families to dire poverty. At a time of huge national debt, can the country afford it?

Britain has tried the austerity experiment. It did not work, if health and wellbeing are the markers of success. Phrases such as “maxing out the nation’s credit card” are neither helpful nor based on sound economics. At a time of zero interest rates, with a tax rate that is at the low end among European countries, and with control of its own currency, a nation can borrow and it can tax for the purpose of building a fairer society – it can even print money (quantitative easing).

We should not be asking if we can afford for our children’s wellbeing to rank better than 27th out of 38 rich countries, or to pay for free school meals during holidays so that eligible children do not go to bed hungry. Social justice requires it.

The problems we lay out are not unique to England. In the US, for example, the widening economic inequalities and the high mortality associated with race and ethnicity are also much in evidence. It was estimated that, from March to September 2020, the wealth of the 643 billionaires in the US increased by 29%, a staggering $845bn (£630bn). Over the same period the hourly pay of the bottom 80% of the workforce declined by 4%. Inequalities in Britain may be less dramatic, but it’s clear that our own level of inequality is not compatible with a fair and healthy society.

To emerge from this pandemic in a healthier state, we need commitment at two levels. First, to social justice and putting equity of health and wellbeing at the heart of all policymaking. Cutting spending in a regressive way – the poorer the area, the steeper the cut – is unfair and is likely to make health inequalities worse.

The pandemic has shown that when the health of the public is severely threatened, other considerations become secondary. Enduring social and economic inequalities mean that the health of the public was threatened before the pandemic and during it, and will be after it. Just as we needed better management of the nation’s health during the pandemic, we also need national attention to health inequalities and their causes.

The second level is to take the specific actions to create healthier lives for all throughout life: from reducing levels of child poverty to 10%, to ensuring wages (or benefits for those who cannot work) are sufficient to lead a healthy life, to creating the conditions for older people to lead meaningful lives.

The evidence is clear. There is so much that can be done to improve the quality of people’s lives. Inequality in health is a solvable problem. It is in all our interests to build back fairer.

This article was first published in The Guardian on 15 December.