Opinion: Why did England have Europe's worst Covid figures? The answer starts with austerity

In an op-ed for the Guardian, Professor Sir Michael Marmot (UCL Epidemiology & Health) comments how increased life expectancy, growing health inequalities and a decrease in local UK Government spending all contributed to England having the worst Covid-19 death rates in Europe. 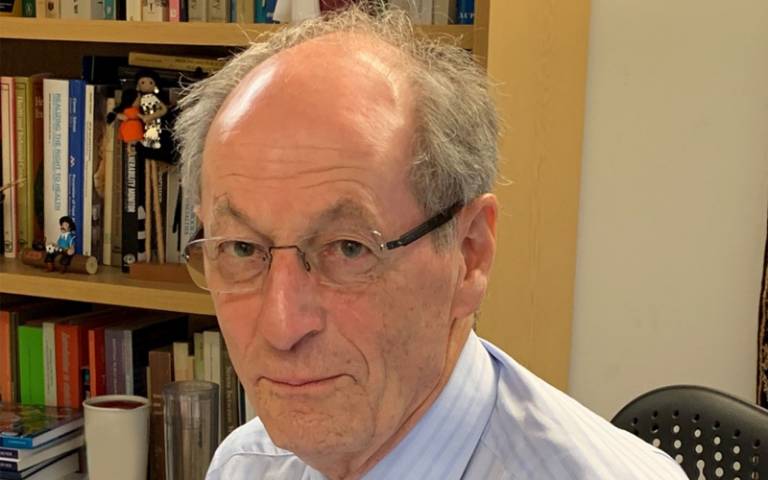 The pestilence is at once blight and revelation,” wrote Albert Camus in The Plague, “it brings the hidden truth of a corrupt world to the surface.” If that is true of Covid-19, as it was of the plague of Camus’ novel, then the UK’s dismal record is telling us something important about our society. We are doing badly: dramatic social inequalities in Covid-19 deaths; high rates in black, Asian and minority ethnic groups; and, now, the highest excess mortality in Europe.

The statistician David Spiegelhalter, in his wise and clear way, has been counselling us against drawing too much on international comparisons because of differences in the way Covid-19 deaths are assigned. Excess mortality is much more reliable. It is a measure of how many more deaths, from all causes, there were in each week of 2020 compared with how many would have been expected based on the average of the last five years.

The Office for National Statistics reported on 30 July that for the period 21 February to 12 June, the excess mortality was higher in England than in any other European country, including the other countries of the UK. Commenting on this report in the Guardian, Spiegelhalter says it will be years before we can properly assess the measures taken against the epidemic. I am sure that’s right but, if we stand back, we can see where to look.

My starting place is the report my colleagues and I published on 25 February, Health Equity in England: The Marmot Review 10 Years On. More than a decade after I was asked by the then secretary of state for health to chair an independent review of health inequalities, we looked again at the lie of the land. England was doing badly in two key respects (remember that this was before the pandemic reached our shores).

Second, health inequalities continued to increase. The clear picture is that of a social gradient: the more deprived the place you live, the higher the mortality rate and the shorter the life expectancy. During the 2000s the gap in life expectancy between the poorest 20% of areas and the rest narrowed. During the decade from 2010 on, it increased. And if health stopped improving and health inequalities got bigger, it implies that society stopped improving and inequality in general got worse.

My speculation is that the same set of influences that led to England and the UK looking unhealthy in the decade after 2010 led to us having the worst excess mortality figures in Europe because of Covid-19. Such speculation can be given substance if we look at the coronavirus inequalities. Here we find that there is once again a social gradient in mortality rates from Covid-19 – the more deprived the area, the higher the number of deaths. This social gradient is almost exactly paralleled by the social gradient for all causes of death. It suggests that the causes of unequal Covid-19 outcomes are rather similar to the causes of inequalities in health more generally.

The political mood of the decade from 2010 was one of the rolling back of the state, and a continuation of an apparent consensus that things were best left to the market. At times, this aversion to government action was made worse by a suspicion of expertise.

This rolling back of the state was seen clearly in a reduction in public spending from 42% of GDP in 2009-10 to 35% in 2018-19. The fiscal retrenchment was done in a regressive way. If we look at spending per person by local authority, we find that the poorer the area concerned, the bigger the reduction. In the least deprived 20% of areas, local government spending went down by 16%; in the most deprived it went down by 32%. This is remarkable – the greater the need was, the more spending was reduced.

Changes made to the tax and benefit system introduced in 2015 went on in a similar vein: the lower the family income, the bigger the loss as a result of the chancellor’s policies. I sat with a former minister in the Conservative government, showed him these figures and said: “Your government’s policy was ‘make the poor poorer’.” He looked uncomfortable and said that perhaps it was not their explicit policy. But there are smart people in the Treasury and they must have known that this would be the effect.

We limped into the pandemic, then, in a parlous state – an unhealthy population marked by growing inequalities and a worsening of the conditions in which people are born, grow, live, work and age; in short, in the social determinants of health.

In addition to the general mistrust of the state by the government, we had the legacy of specific cuts. NHS spending, supposedly ringfenced in an age of austerity, had not kept up with historic trends: an average 3.8% annual increase since 1978-79 had slowed to about a 1% increase in 2010, at a time when the population was growing, and growing older.

Much of what I have laid out above could be applied to the US, too: a mistrust of the state and miserable levels of spending on social infrastructure and social safety nets. In the US, this is compounded by marked inequalities in access to healthcare.

Everyone in the US, except it would seem the president and his core supporters, is aware that the government’s failure to handle the coronavirus pandemic has been catastrophic. Yet, if we trust the figures, US mortality rates from Covid-19 are lower than the UK’s. How badly must we be doing, indeed. It is time to heed Camus’ words, and examine the truth about what has brought us to this point. Having been honest about the causes, perhaps we can begin to address them.

This article was first published in the Guardian on 10 August.