A powerful jet streaming from a supermassive black hole has been imaged in unprecedented detail by the Event Horizon Telescope Collaboration, including UCL astrophysicist Dr Ziri Younsi, which published the first image of a black hole a year ago. 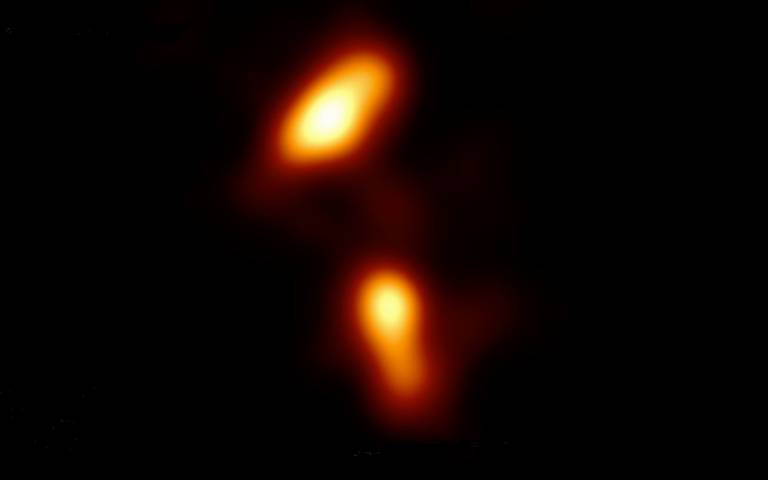 Relativistic jets are highly coherent beams of plasma which are accelerated away from black holes at close to the speed of light. Often larger in extent than the galaxy from which they originate, relativistic jets can transfer vast amounts of energy into the cosmos. In spite of their ubiquity in the Universe, both their physical composition and the process through which they extract energy from black holes is still not well understood.

For the new analysis, published today in Astronomy & Astrophysics, a team led by Dr Jae-Young Kim from the Max Planck Institute for Radio Astronomy in Bonn, looked down a jet to its central supermassive black hole, observing the structure for the first time and providing valuable insight into how a black hole and its jet are coupled.

The team studied the jet from quasar 3C 279 in a galaxy five billion light-years away in the constellation Virgo. A quasar is an extremely bright source of light in the centre of a galaxy, which flickers as massive amounts of gases and stars fall towards the giant black hole inside. Quasar 3C 279’s black hole is about one billion times the mass of the Sun, making it 200 times larger than the black hole at the centre of our the Milky Way.

Co-author, Dr Ziri Younsi (UCL Space & Climate Physics), said: “Jets are extremely coherent and powerful structures, and despite being a common feature of active black holes across the Universe, we still don’t understand how they form and launch huge amounts of energy away from their host galaxy. This discovery is important as it is the first time we have seen how a relativistic jets couples to the accretion disk around a black hole, as well as its spatial and dynamical structure in incredibly high detail.”

By connecting telescopes globally to make one Earth-sized telescope, the team were able to study the jet and the accretion disk of the black hole in greater detail than ever before, revealing that the normally straight jet has an unexpected twisted shape at its base. “Blazars, such as quasar 3C 279, are extremely powerful sources of radiation across the entire electromagnetic spectrum and their relativistic jets are directed very near to our line of sight. The fine details we captured in these images change over consecutive days, showing that the structure of the jet is variable. We expected this based on numerical simulations of coupled black hole-disk-jet systems, but this is the first time it has been seen in nature,” added Dr Younsi.

The team were surprised to see that the jet appears to travel about 20 times the speed of light – an apparent velocity that is thought to be due to the nearly face-on angle at which the jet was observed.

Professor Anton Zensus, Director at the MPIfR and Chair of the EHT Collaboration Board, stressed the achievement as a global effort: "Last year we could present the first image of the shadow of a black hole. Now we see unexpected changes in the shape of the jet in 3C 279, and we are not done yet. We are working on the analysis of data from the centre of our Galaxy in Sgr A*, and on other active galaxies such as Centaurus A, OJ 287, and NGC 1052. As we said last year: this is just the beginning." 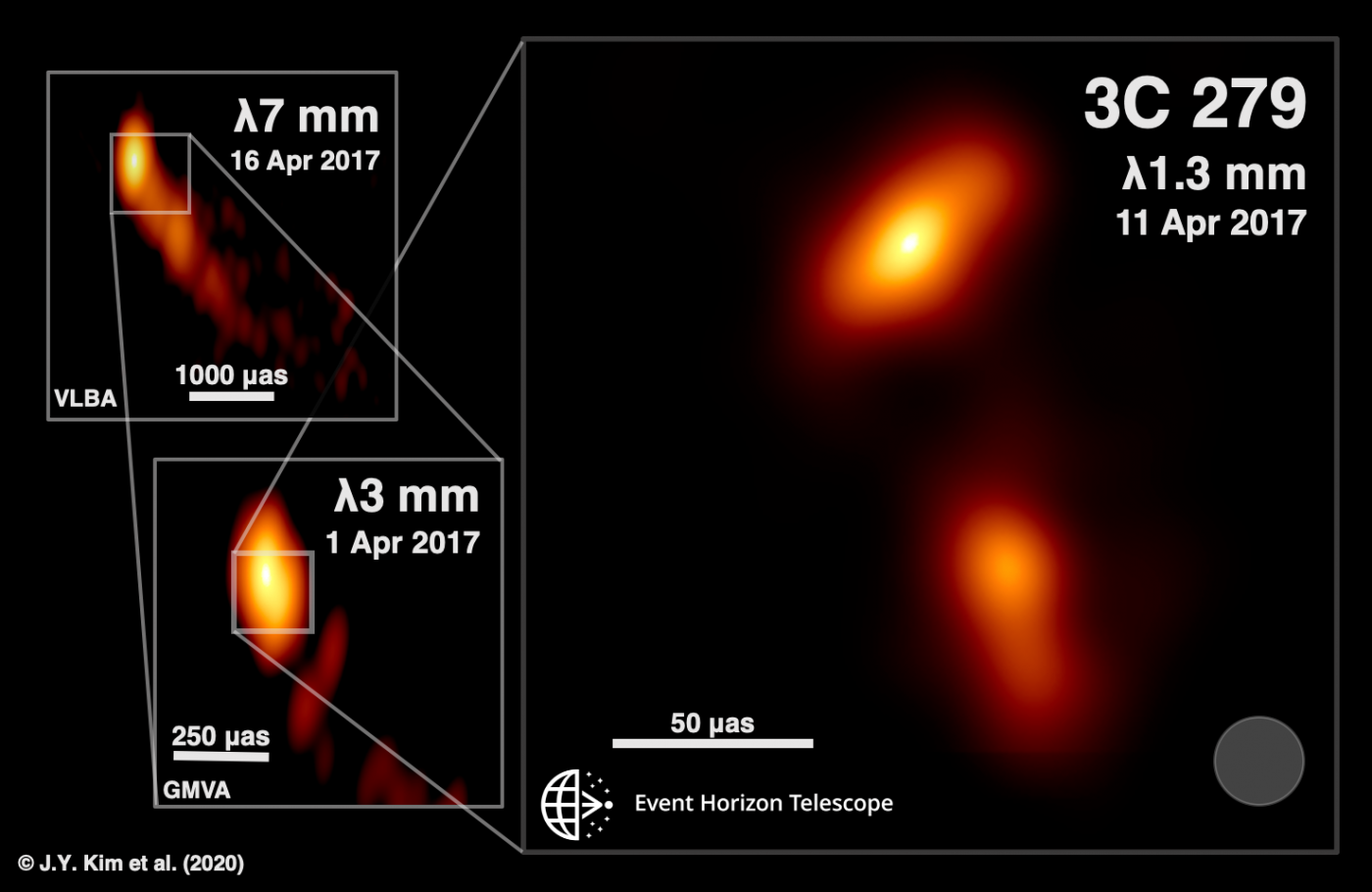