Analysis: How a virtual Parliament should work

Professor Meg Russell, Director of UCL Constitution Unit and Dr Ruth Fox, Director of the Hansard Society set out some key principles for a virtual parliament, during the coronavirus pandemic. 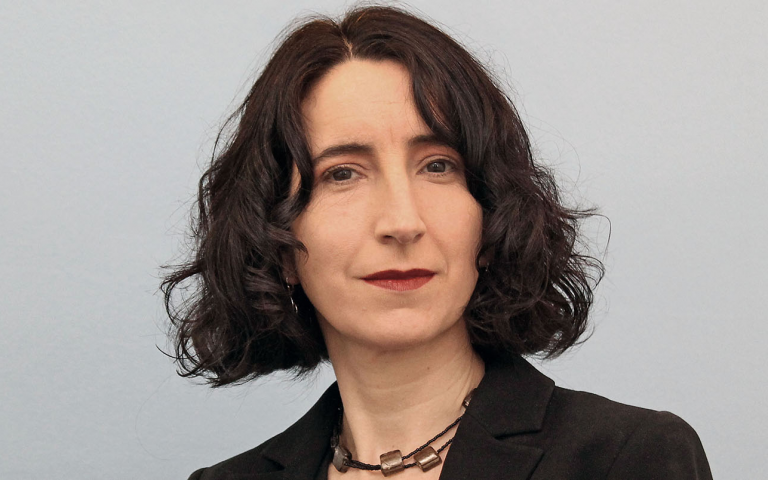 Among the many extraordinary consequences of the Coronavirus pandemic are the wide-ranging powers granted to the Government to manage the situation, facilitating lockdown, demanding closure of businesses, and promising compensation at unprecedented levels.

To date, the primary accountability for these wide-ranging decisions, and for the detailed handling of the health crisis, has been through journalists at the daily Downing Street press conferences. Increasingly, that feels inadequate, with growing pressure for democratic accountability and scrutiny through Parliament. But as a busy workplace, drawing participants from all over the UK, the challenges that this crisis poses for Parliament itself are huge.

With increasing impatience, demands are being made, not least by some MPs, for Parliament to resume its work and scrutinise ministers’ handling of the crisis. Its planned return is next Tuesday, 21 April. The Easter recess has been long, and ill-timed given the scale of the problems facing the country, but has allowed some breathing space to plan and prepare for a more ‘virtual’ parliament.

Immediately MPs (and peers) return, questions will need to be resolved about how that should work. There are three key principles that should guide these decisions.

First, while there have been suggestions of a ‘hybrid’ parliament, with some MPs free to attend the Commons chamber while others connect online, as far as possible the new arrangements should be entirely virtual. Leaders in the House of Lords have already proposed such a solution – and quite rightly, given that many peers fall into vulnerable health groups, largely because of their age.

There are concerns about the symbolic significance of parliament not meeting in physical form, but the concerns about the health risks are greater. Parliamentarians also need to set an example. While the government guidance is that we should all work from home as far as possible, MPs (some regularly travelling hundreds of miles to get to Westminster) must do the same. Last week’s media response to Robert Jenrick’s travel between family homes gave some indication of the public mood. Hence parliamentarians need to prepare for online working and videoconferencing, which has already been successfully piloted by the select committees.

Second, in terms of principles, Parliament should not expect to resurrect ‘business as usual’. These are far from normal times, and the key priority is scrutiny of government action and managing the crisis. Online working presents new challenges and constraints, and some forms of parliamentary business will be ill-suited to this environment. Meanwhile, parliamentary officials and technical experts will work with their usual dedication and skill but will inevitably be faced with staff absences due to illness and caring responsibilities.

Notably, some overseas parliaments have already scaled back their work to focus on urgent-only business, and some similar decisions have already been taken in the House of Lords. A key question for MPs is what business they want to prioritise, how it might usefully be adapted during the crisis, and what business in contrast can temporarily be set aside.

The most obvious priority is parliamentary questioning of ministers, to bring in backbench and opposition voices, the real-life experience of constituents, and the necessary democratic legitimation and support for difficult decisions that media press conferences cannot achieve.

The standard cycle of departmental questioning in the Commons is too slow-paced in this environment (with no Treasury questions due until 12 May). ‘Urgent Questions’ which can be asked on any day are more suitable, but the format could be adapted to allow several short questions daily, rather than the usual longer debates.

Questioning the Prime Minister (or his replacement while he is recuperating) is key. But Prime Minister’s Questions is often criticised as providing knockabout rather than effective scrutiny, and could be adapted through allowing follow-up questions, and supplemented by more regular appearances in front of the Liaison Committee (made up of select committee chairs).

Dealing with legislation will be challenging, but action will be needed on the Finance Bill (implementing the Budget) and on various Brexit-related bills, unless the transition period is extended. In practice, the Commons may need to scale back to deal with committee stage of no more than two bills at once. There will also be important delegated legislation to deal with, including that implementing coronavirus-related measures. Some streamlining of this (fundamentally unsatisfactory) scrutiny process in the Commons would be wise.

A big question is how MPs should vote. One option mooted – extending ‘proxy’ voting – cannot provide the solution if Parliament goes all-virtual, and the notion that whips might vote en masse on behalf of their party is a seriously bad idea.

This means setting up some kind of secure electronic voting, which should be perfectly possible given new technology. It should set no precedent for the future – those parliaments that use electronic voting base it on buttons in the chamber, not remote access, and by the time the crisis is over MPs may well crave a return to the companionship of the division lobbies.

Meanwhile, some other business could reasonably be set aside, on a strictly temporary basis. The Lords has already suspended private members’ bills and certain types of debates, and the Commons could sensibly agree to do the same.

The third and final principle concerns how these crucial decisions about procedural change to accommodate the coronavirus crisis are handled. Famously, the government has significant control over House of Commons business (far more so than in many other parliaments), and members will likely be asked to accept a motion proposed by the Leader of the House next Tuesday to set new arrangements in place.

It is crucial to the maintenance of trust that there is advance consultation on such proposals, to build the widest possible cross-party consensus. There should be no room for suspicion that emergency measures are a way of smuggling in greater government control by the back door. Furthermore, any new arrangements should be strictly temporary. Parliament demanded more safeguards on the ‘sunsetting’ arrangements in the recent Coronavirus Bill which granted such extraordinary powers to government.

Likewise, any procedural changes must be time-limited and subject to review, and possible amendment or renewal. One obvious option would be to trial arrangements until the Whitsun recess in late May and renew thereafter. By then we may have a better sense of when and how we might be able to exit ‘lockdown’, and hence how we can ease ourselves back to parliament as usual. That said, experimentation during the crisis may offer good opportunities to reflect on what worked and what didn’t, and any possible changes for the future.

This article was originally published in Conservative Home on 16 April.