Analysis: how crime changes during a lockdown

Professor Nick Tilley (UCL Security and Crime Science) joint-authors an article discussing which types of crime are likely to decrease and which will increase during the Covid-19 lockdown. 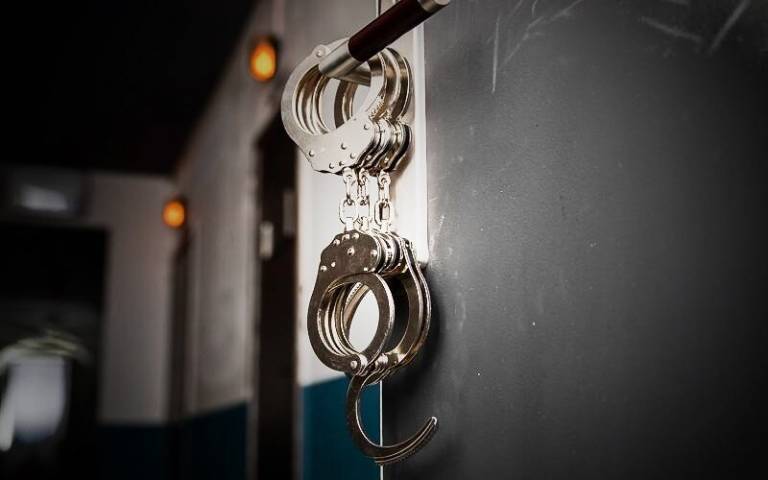 Life under lockdown is not only changing how people live, but also how crime occurs. The good news is that this fundamental change will see certain crimes decrease – some areas have already seen recorded crime drop by as much as 20%. But there are worrying signs that offences like domestic violence and online fraud are likely to surge and that new offences (like malicious coughing), are emerging too.

Crime science and environmental criminology pays particular attention to crime opportunities and how they are affected by lifestyles, routine activities and particular goods and services. For example, a person who goes out more in the evening experiences more interpersonal crimes, like snatch-theft or an assault, while at the same time, their unguarded home is more vulnerable to burglary.

Movement (or its absence) is central to everything because a potential offender must encounter a potential target for a crime to take place. The target might be a person, a building or a product. All this means that because lockdowns have changed our movements dramatically, we can expect a similarly dramatic change to the distribution of crime opportunities. For example, the scarcity of some products in the pandemic, such as facemasks and medical equipment, makes them more attractive as targets for theft. There have already been examples of thieves stealing oxygen canisters from a hospital, raids on food banks, scams and counterfeit goods relating to coronavirus.

In the home there will be some good news. With people remaining indoors, households are better guarded so domestic burglars and car thieves are more conspicuous and neighbours are more available to spot them. Cars are safer at home, particularly in garages or driveways. So we can expect domestic burglary and car crime to go down.

The bad news is that staying at home means there is more of a chance for domestic and family violence to occur. About 40% of child sexual assault occurred in the home in 2016 and child physical abuse is most likely by fathers and mothers.

Alcohol is also a trigger for violence. Pubs may have closed but supermarket and online sales are booming as people at home self-medicate and drink online with friends. This does not bode well for partners and children.

Many neighbours are grouping online using WhatsApp and other social media apps to communicate and help each other. This is producing grassroots neighbourhood watches. While neighbourhood watches have decidedly mixed results in terms of preventing crime, there is some evidence – such as the pioneering projects in Rochdale and Western Australia – that smaller “cocoon” watches (by immediate neighbours) are more effective.

Unguarded workplaces might be prone to break-ins but there is now a growing list of informal “shopwatch” schemes. And criminals travelling to commit this kind of commercial crime might be easier to detect as there is nobody else around – particularly if police keep track of businesses where nobody should be present.

But tempting new crime opportunities can arise in unexpected places. For example, the government has offered grants to companies to pay their workers 80% of their salaries during the lockdown. However, these new measures have been introduced without much chance for “crime proofing”. This could result in loopholes being left in the system – the perfect target for fraudsters making fake claims.

The biggest and most dramatic drop in crime will be in public places. There is no football hooliganism and no concentrations of crime at sporting venues, tourism hotspots, problem bars, schools, shopping areas, car parks, and entertainment districts (where crime used to be highly concentrated). These places are known in the trade as “risky facilities”. Crime on public transport, around train and bus stations and against taxi drivers (and by them) will also decline massively.

If the lockdown works, closed public parks and gardens will see a reduction in disorder and antisocial behaviour. However, reports of groups of children hanging around on the streets continues. In Hull, for instance, police warned parents that they need to keep their children indoors. So the rate at which frustrated youths and adults breach the lockdown is one to watch.

Police powers to enforce the lockdown are evolving, with some detection work being done by drones. For example, at beauty spots in Derbyshire, drones were used to capture footage and number plates of non-essential travellers.

And malicious coronavirus coughing is now a crime. There have been reports of people targeting members of the public, police and paramedics. A man and a woman have already been jailed for six months and 12 weeks respectively in two separate cases.

The coronavirus lockdowns are producing many unanticipated side effects, including upon crime. Police and policymakers need to move quickly to reinforce these crime reductions while anticipating and preventing new criminal opportunities.

This article was joint-authored with Professor Graham Farrell (University of Leeds) originally published in The Conversation on 2 April.