As growing numbers of people are using cannabis to treat post-traumatic stress disorder (PTSD), a new UCL study reports that prescriptions are not backed up by adequate evidence. 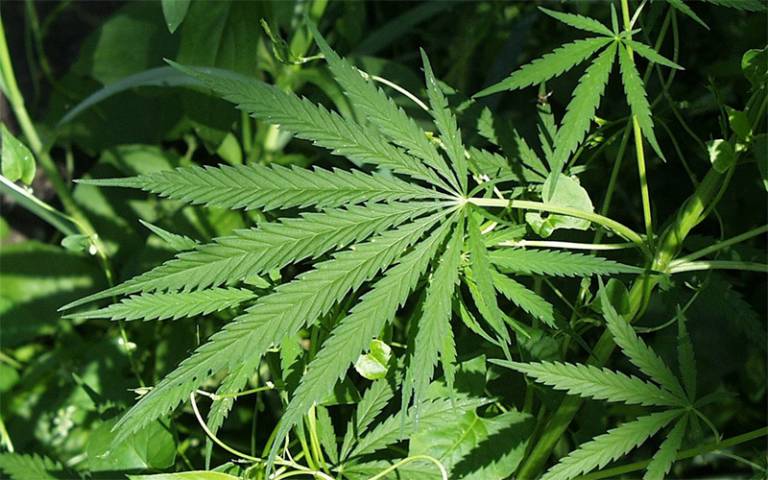 The systematic review, published in the Journal of Dual Diagnosis, finds that the active components of cannabis, called cannabinoids, may hold promise as a treatment for PTSD, particularly for reducing nightmares and helping people sleep, but more research is needed to determine whether these drugs should be used in routine clinical practice.

“There has been a recent surge of interest in the use of cannabinoids to treat PTSD, particularly from military veterans, many of whom are already self-medicating or obtaining prescriptions in some American states,” said the study’s lead author, Dr Chandni Hindocha (UCL Clinical Psychopharmacology Unit).

“The lack of evidence supporting cannabis as a PTSD treatment is striking given the vast interest in it, and the large unmet need for better PTSD treatments,” she said.

PTSD is a potentially debilitating condition affecting roughly 1% of the UK population, typically consisting of re-experiencing a traumatic event through intrusive memories, flashbacks or nightmares, and often involves hyper-reactivity (a state of constant vigilance) and insomnia.

Psychotherapies (talking therapies) including trauma-focussed cognitive-behavioural therapy have been shown to be effective for PTSD. However, not everyone can access talking therapies and they do not work for everyone, so many people still need to take prescribed medications. Existing drugs approved for PTSD do not work for everyone, and can have side effects, so researchers say there is an urgent need to identify new treatments.

A growing number of people have turned to cannabinoids, which is an approved treatment for PTSD in most states in the USA that permit medical cannabis.

Cannabinoids, the active ingredients of cannabis, which include tetrahydrocannabinol (THC) and cannabidiol (CBD), may be helpful at treating PTSD as they can change how the brain processes memories. The cannabinoids act on the brain’s in-built endocannabinoid system which also regulates other brain functions that are affected by PTSD.

The research team conducted a systematic review of all studies where someone with a PTSD diagnosis has been using a cannabinoid to reduce their symptoms, and they assessed the quality of each study.

They found 10 studies that met their criteria, which cover a range of products including smoked cannabis, THC or CBD separately in oil or pill form, and a synthetic cannabinoid called nabilone.

Every study had medium to high risk of bias and all were assessed as low in quality due to limitations such as small sample size, retrospective study design, lack of a control group or placebo, short follow-up periods, and not reporting other medication use or addiction. Only one study was a randomised controlled trial, investigating nabilone, but it was in a small sample over a relatively short period of time.

The researchers say there are still many unanswered questions about the safety and efficacy of cannabis-based medications for PTSD, and potential long-term effects such as addiction or a risk of psychosis.

The existing evidence shows promise, however, as some studies showed that cannabis products appeared to reduce PTSD symptoms such as insomnia and nightmares.

“Based on the evidence, we cannot yet make any clinical recommendations about using cannabinoids to treat PTSD. Current prescribing of cannabinoids for PTSD is not backed up by high quality evidence, but the findings certainly highlight the need for more research, particularly long-term clinical trials,” said the study’s senior author, Dr Michael Bloomfield (UCL Psychiatry and the Traumatic Stress Clinic, St Pancras Hospital).

“Many of these studies have been conducted in military veterans, but we also need to be looking at other groups, as PTSD can vary depending on the nature of the trauma so different approaches may benefit different groups,” he added.

Dr Hindocha added: “Unfortunately, medicinal uses of cannabis have historically been difficult to study due to legal restrictions, so it could take a long time before there is enough evidence to support clinical recommendations. New approaches are needed to make the most of existing evidence in the meantime.”

The study was conducted by researchers at UCL and the University of Amsterdam, and was supported by the National Institute for Health Research UCLH Biomedical Research Centre.