Stone tool use develops differently within species of Old World monkeys in spite of shared environmental and ecological settings, according to a new study involving UCL. 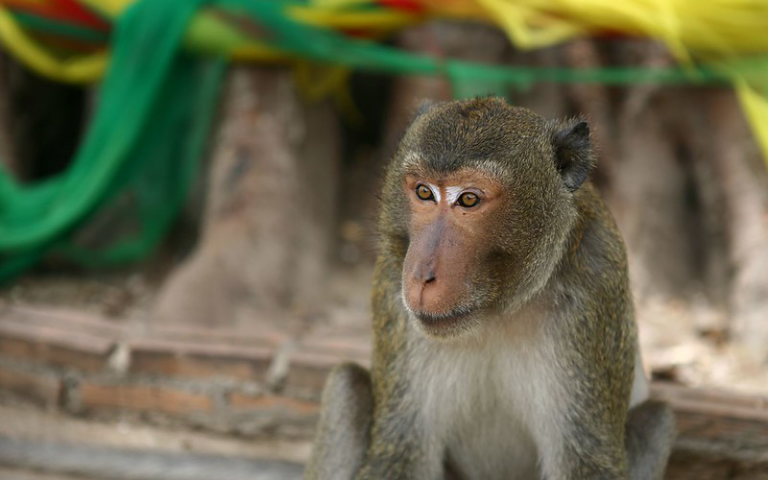 Macaques are the only Old World monkeys that have been observed using percussive stone tools and scientists do not know for certain how or why certain groups have developed this behaviour.

The researchers assessed 115 stone tools combined from both locations. They found that despite living in the same environment, with access to the same stone tool making resources (with limestone constituting the most available raw material) and the same prey species, that wild long-tailed macaques on Boi Yai Island selected heavier tools than those on Lobi Bay.

In addition, the stone tools on Boi Yai Island showed a greater number of wear patterns, indicating that the tools are being used multiple times and on more than one prey species.

In particular, they found that stone tools used to crack open oysters are larger and more intensively used on Boi Yai Island compared to Lobi Bay. While oysters on Boi Yai Island are, in general, larger than Lobi Bay, researchers believe this is learnt rather than environmental behaviour. This also supports previous findings that macaques adjust tool size to prey size.

Commenting on the findings, co-author Dr Tomos Proffitt (UCL Institute of Archaeology), said: “We observed differences among macaques on two different islands, in relation to tool selection and the degree of tool re-use when foraging for marine prey.

“The theory is that if the environmental factors are the same – the only reasonable conclusion is that one island has developed its own tool using culture either through genetics or through passing down through a learning mechanism. While the other group exhibits a tool use culture which is more ephemeral and ad hoc.”

Long-tailed macaques are the only Old World monkeys who use stone tools in their daily foraging. This behaviour is mainly observed in populations that live along the ocean shores of southern Thailand and Myanmar where long-tailed macaques use tools primarily to prey on shellfish, including oysters, crabs and mussels.

Stone tools in the prehistoric records are a key source of evidence for understanding early hominin technological and cultural variation. Primate archaeology is well placed to improve our scientific knowledge by using the tool behaviours of living primates as models to test hypotheses related to the adoption of tools by early stone-age hominins.

Lead author, Dr Lydia Luncz (Institute of Cognitive and Evolutionary Anthropology, University of Oxford), said: "That we find a potential cultural behaviour in macaques is not surprising to us. The interesting part is that the same foraging behaviour creates distinct tool evidence in the environment. This might be useful to keep in mind when we look at the archaeological record of human ancestors as well".

However, scientists are concerned about the impact that the tourism boom in Thailand could have on the habits of wild macaques.

The study was carried out with researchers at University of Oxford, Oxford Brookes University, Max Planck Institute for Evolutionary Anthropology, Chulalongkorn University, Bangkok and the National Primate Research Centre of Thailand.

It was funded by the Leverhulme Trust, British Academy and by the German Primate Centre in Goettingen, Germany.