Analysis: We can stop multiple sclerosis, and this is how

Professor Alan Thompson, Dean of the UCL Faculty of Brain Sciences, writes about progress made in finding treatments for multiple sclerosis. 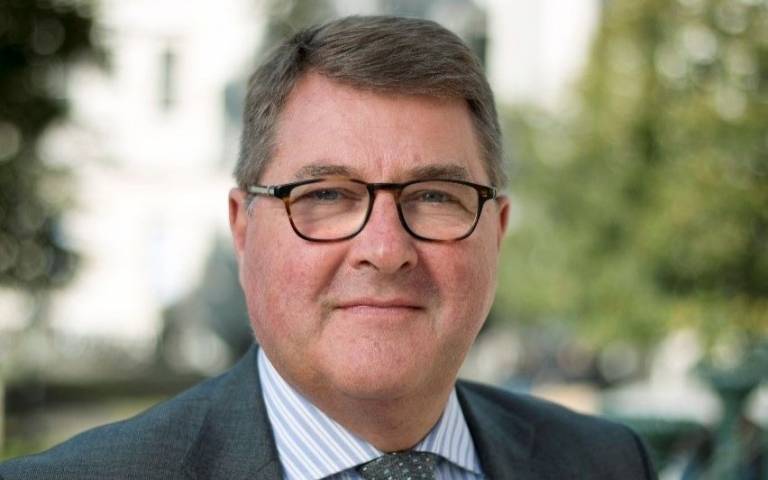 Twenty-five years ago there were no treatments for multiple sclerosis (MS) – a neurological condition that affects more than 100,000 people living in the UK.

Today the picture is very different. There have been major advances in treatment and, following a series of more recent discoveries, we believe we can stop MS.

We’ve reached a point where we know what’s causing the disease to progress.

In people with MS, a protective substance that surrounds your nerves – called myelin – becomes damaged, which makes it harder for messages to get received, causing problems with how a person walks, moves, eats and thinks. Without this protective coating nerve cells become vulnerable, and once a nerve cell is lost, this causes disability.

Finding treatments that can regenerate myelin has eluded scientists for decades – it has been the major missing piece of the MS treatment puzzle.

The UK is a world leader in this kind of research and we now know that it is possible to repair it. We have teams of researchers focused on understanding why the repair process breaks down and finding ways to kick-start it again.

Just last week, new research in Cell Stem Cell revealed a new route through which we may be able to enhance myelin repair with a common diabetes drug. Years of hard work and research from dedicated scientists have gone in to making this possible, and this outcome shows what a significant time we’re living in.

Finding treatments that protect nerves is the second missing piece of our jigsaw and clinical trials of potential treatments are already underway.

Researchers are using their increasing knowledge of nerves to design new ways to keep them alive and healthy. These include clearing up ‘debris’ left over from myelin attacks, energising nerves, and improving transport of important molecules in the nerves.

Although research has brought us to a critical point, and we believe we can stop MS, funding research and clinical trials is very expensive – and there’s lots more work to do before we get to where we need to be.

I have the privilege of leading the Scientific Steering Committee of the International Progressive MS Alliance, which brings together MS charities, scientists and people affected by MS to drive forward research like the above, and ultimately accelerate the development of new treatments in progressive MS.

I’ve also been personally involved in exploring the mechanisms underpinning progression, using imaging to determine what happens to people with progressive MS.

The shape of treatment has changed dramatically over my career. However, there are still so many people with MS who don’t have any treatment because those that do exist only work on damage caused by the immune system. They don’t stop the slow burn of MS progression, which ultimately causes disability.

Finding these new treatments to protect nerves and repair the coating that surrounds them will help us slow or stop MS progressing, and will mean people don’t have to worry about one day relying on a wheelchair, or losing their independence. I can now say confidently that the future will look very different for people living with this condition.

For the first time, the international research community is aligned on what needs to be done and, with a dramatic increase in investment, we could genuinely change people’s lives.

That’s what we’re working on now, and it’s never been a more exciting time.

This article was first published in Metro on 9 October 2019.