The recommendation by the Committee on Climate Change to reduce the UK’s greenhouse gas emissions to zero by 2050 is “achievable” with the right policy reforms and should be seen as an "industrial opportunity” according to UCL's two experts who advised the independent body. 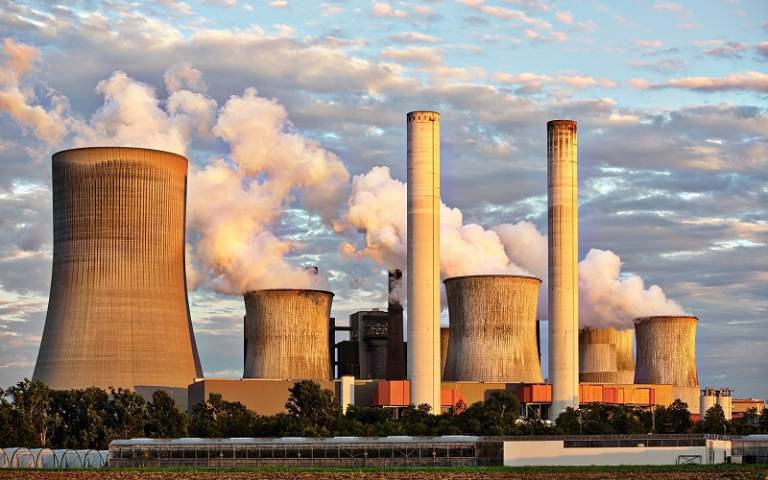 Achieving "net zero" by the middle of the century is in line with the UK’s commitment under the 2015 Paris Agreement to curb the release of polluting gases that cause climate change.

Professor Jim Watson, Chair of the Expert Advisory Group on reaching net-zero emissions in the UK and Professor of Energy Policy in the UCL Institute for Sustainable Resources said: “A transition to a net-zero UK economy is technically achievable. The main question is whether it can be delivered in practice. In addition to adopting a net zero target, the Government will need to implement fundamental and wide ranging policy reforms that will be necessary to achieve this goal by 2050.

“These reforms need to ensure that climate change mitigation becomes a central goal of the UK’s economic policy - and not just a matter of climate change and energy policy. This means a central role for the Treasury, monitoring emissions as closely as we monitor GDP growth and employment, and ensuring that all Government decisions are compatible with a net zero pathway. It is also crucial that the Government strategy for net zero provides the right incentives for businesses, and has justice at its heart. If the costs and benefits of the net zero transition are not distributed fairly, there is a high risk it will be derailed.”

Global average temperatures have already risen by 1ºC from pre-industrial levels, driving changes in our climate that are increasingly apparent, such as rising sea levels and more extreme weather. In the last ten years, global pledges to reduce emissions have reduced the forecast of global warming from above 4ºC by the end of the century to around 3ºC.

The CCC’s recommended targets cover all sectors of the UK, Scottish and Welsh economies, are achievable with known technologies alongside improvements in people’s everyday lives and should be put into law as soon as possible, according to the report.

Professor Paul Ekins, Chair of the Expert Advisory Group on the costs and benefits of achieving net zero and Director of the UCL Institute for Sustainable Resources said: “Hopefully the CCC net zero report will lay to rest once and for all the misperception that deep decarbonisation is either impossibly difficult or impossibly expensive. The Advisory Group on Costs and Benefit looked in detail at the opportunities for decarbonisation and the associated costs, and came to the unequivocal conclusion that the net zero target in 2050 could be achieved with at worst small costs and possibly with significant net economic benefits.

“The assumptions underlying this conclusion are that innovation in low-carbon technologies continues through support for their development and large-scale deployment, and that government policy is credible, consistent and long-term, employing both regulation and market-based instruments in an appropriate mix. While achieving "net zero" by 2050 will be challenging, it should be seen as an industrial opportunity to enable UK businesses to engage in some of the fastest-growing market sectors in the world. With its Clean Growth Strategy, the government has some of the building blocks for this effort in place. It now needs to greatly accelerate its implementation of the ideas it sets out there and those in the CCC report.”

The CCC’s report, which was requested by the UK, Scottish and Welsh Governments in light of the Paris Agreement and the IPCC’s Special Report in 2018 finds that:

The report shows there are multiple benefits of a transition to a zero-carbon economy, including benefits to people’s health from better air quality, less noise from quieter vehicles, healthier travelling / commuting options through cycling and walking, healthier diets and increased recreational benefits from changes to land use.

The UK could also receive an industrial boost as it leads the way in low-carbon products and services including electric vehicles, finance and engineering, carbon capture and storage and hydrogen technologies with potential benefits for exports, productivity and jobs.

Lord Deben, Chairman of the Committee on Climate Change, said: “We can all see that the climate is changing and it needs a serious response. The great news is that it is not only possible for the UK to play its full part – we explain how in our new report – but it can be done within the cost envelope that Parliament has already accepted. The Government should accept the recommendations and set about making the changes needed to deliver them without delay.”