A third of homeless deaths are from treatable conditions

A third of deaths among homeless people are caused by treatable conditions such as tuberculosis and gastric ulcers, which can improve with the right care, a UCL study has found. 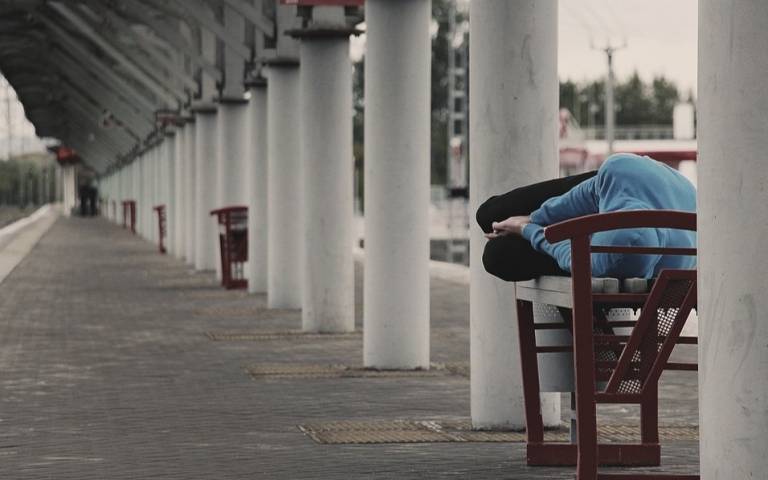 Academics led by Dr Robert Aldridge (UCL Institute of Health Informatics) analysed nearly 4,000 in-depth medical records for 600 people who died in English hospitals between 2013 and 2016 and who were homeless when they were admitted.

They compared the deaths to those of a similar group of people in terms of age and sex who were in the lowest socio-economic category but who had a home.

Contrary to popular perception that homeless people are most likely to die from hypothermia or alcohol and drug overdoses, most of the deaths were from illnesses.  Those in the homeless group were twice as likely to die of strokes as the poorest people who had proper accommodation and they were also more substantially affected by cardiovascular disease as a whole. A fifth of the 600 deaths were caused by cancer and another fifth died from digestive diseases such as intestinal obstruction or pancreatitis.

The academics worked with the Bureau of Investigative Journalism which, as part of its "Dying Homeless" project, has sought to catalogue deaths on UK streets.

Dr Rob Aldridge (UCL Institute of Health Informatics), lead author of the study, said: “Our research highlights a failure of the health system to care for this vulnerable group in a timely and appropriate manner.

“We need to identify homeless individuals at risk earlier and develop models of care that enable them to engage with interventions proven to either prevent or improve outcomes for early onset chronic disease.

“While homelessness is often addressed in England by means of short-term housing related support with a focus on recovery from mental illness and substance misuse, our research points to the need for a much broader focus that is encompassing of physical health and long-term condition management, especially for more common conditions such as cardiovascular disease.”