Congratulations to Nobel-prize winning neuroscientist, Professor John O’Keefe, who has been made an Honorary Member of the Royal Irish Academy (RIA). 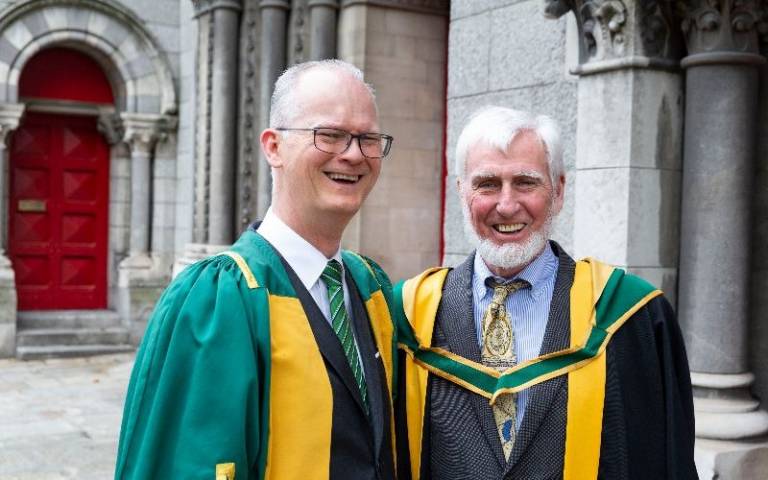 Professor O’Keefe (UCL Cell & Developmental Biology) was awarded the Noble Prize for Physiology and Medicine in 2014, for his groundbreaking research on the brain’s hippocampus.  He discovered a type of nerve cell in the hippocampus, which constitutes a positioning system in the brain - an 'inner GPS' - that enables humans to orient themselves.

He was inducted into the RIA at a formal ceremony in Dublin on Friday May 24, 2019, along with 26 other academic experts in the fields of science and humanities.

On receiving the honour, Professor O’Keefe, Professor of Cognitive Neuroscience, said: "I am extremely pleased and honoured to be elected as an Honorary Fellow of the Royal Irish Academy. I plan to be an active member and to strengthen my ties with my European colleagues in Ireland."

Dean of UCL Faculty of Life Sciences, Professor Geraint Rees, said: “John O'Keefe is an inspirational neuroscientist whose discoveries about how space is coded in the hippocampus have fundamentally changed our view of how the brain works.

“Like many Nobel Laureates, John continues to be directly engaged in research at UCL and we are delighted that he will continue to pursue some of the most challenging experimental and theoretical problems in neuroscience.”

On inducting the academy’s new members, RIA President Professor Peter Kennedy said: “These individuals have made exceptional contributions in their fields of endeavour. We are delighted to recognise their achievements.”

Professor O’Keefe’s breakthrough research on the hippocampus, understanding how groups of specialised cells work together to execute higher cognitive functions, opened new avenues for understanding other cognitive processes, such as memory, thinking and planning.

He was jointly awarded the Nobel Prize with Professors May-Britt Moser and Edvard Moser of the Norwegian University of Science and Technology, who identified a nerve cell that allows for precise positioning and pathfinding. The place cells and nerve cells discovered make it possible for the brain to determine position.