Platelet cells, which prevent mammals from bleeding non-stop, first evolved around 300 million years ago in an egg-laying animal similar to the modern duck-billed platypus, finds joint research by UCL and Yale University. 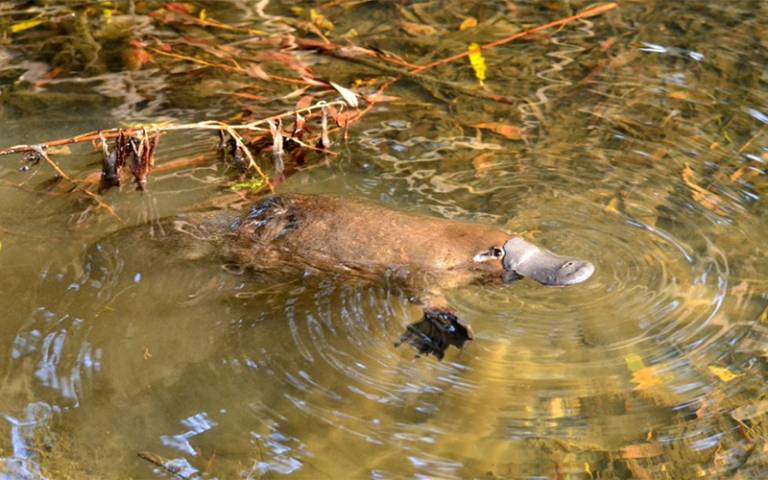 This event was a prerequisite for the origin of placental development in mammals, including human beings.

The paper, published in Biology Letters, suggests that platelet cells were critical in the evolution of eutherian mammals, to which humans belong, and which are distinguished by a deep invasive placenta (haemochorial placentation), by where maternal blood comes in direct contact with the fetus.

In the paper researchers show that an egg-laying animal similar to a modern duck-billed platypus started creating platelets – possibly by chance - and these were passed on when this animal group diverged around 300 million years ago into monotremes (the first mammal group), of which the existing duck-billed platypus and echidna are living descendants, marsupials (also mammals) and eutherian mammals, which include modern humans.

UCL Professor of Cardiovascular Medicine, John Martin, said: “We have shown with convincing evidence that platelets occurred 300 million years ago even before monotremes arose.

“This unique feature subsequently allowed the placenta to develop, which led to the eutherian mammals and therefore human beings.

“During birth, safe disconnection of the placenta from the uterus is essential for the survival of the mother and child, so without platelets, neither would have survived and the evolutionary step to eutherian mammals, including human beings, would never have happened.”

This research was undertaken as part of the ‘Yale UCL Collaborative’: a strong relationship between the two universities designed to increase creativity.

Yale Professor of Ecology and Evolutionary Biology, Günter Wagner, said: “The unique presence of platelets in mammals explains why deeply invasive placentation is limited to mammals, even though live birth is found in many other animal lineages, but not invasive placentation.”

The authors met through the ‘Yale UCL Collaborative’, which promotes joint research and student exchange, and this year is celebrating 10 years, since its inception.

Professor Martin said: “The primary goal of the Yale UCL Collaborative is to reach higher levels of creativity and quality of idea than we would have achieved alone.

“Through this partnership, I have been able to work with Professor Wagner, a world-leading expert in evolutionary biology, and test and challenge my theory of the evolution of eutherian placentation.

“Through this joint research we have concluded the origins of platelets ultimately led to human evolution.”