Genetic variants which prevent a neurotransmitter receptor from working properly have been implicated in the development of schizophrenia, according to research by the UCL Genetics Institute. 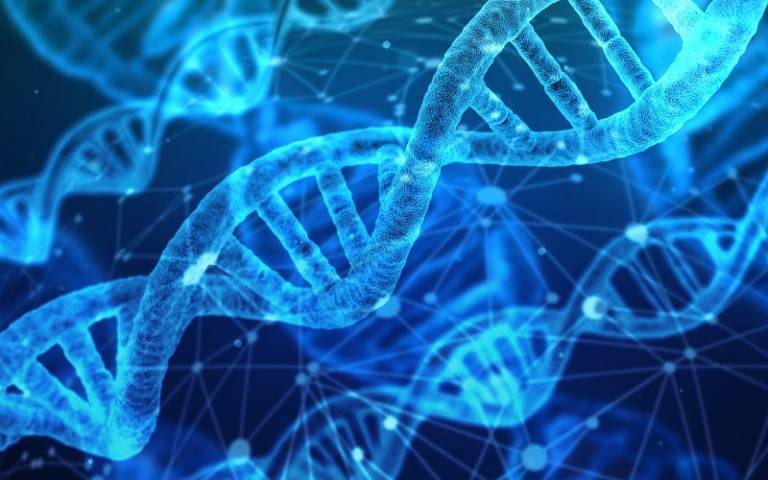 The N-methyl-D-aspartate receptor (NMDAR) is a protein which normally carries signals between brain cells in response to a neurotransmitter called glutamate. Previous research has shown that symptoms of schizophrenia can be caused by drugs which block NMDAR or by antibodies which attack it.

Genetic studies have also suggested that molecules associated with NMDAR might be involved in the development of schizophrenia.

“These results, and others which are emerging, really focus attention on abnormalities in NMDAR functioning as a risk factor for schizophrenia. Given all the pre-existing evidence it seems tempting to conclude that genetic variants which by one means or another reduce NMDAR activity could increase the risk of schizophrenia,” said Professor David Curtis (UCL Genetics, Evolution & Environment), the psychiatrist who carries out the research.

For the current study, published today in Psychiatric Genetics, the DNA sequences of over 4,000 people with schizophrenia and 5,000 controls were used to study variants in the three genes which code for NMDAR (GRIN1, GRIN2A and GRIN2B) and a fourth (FYN), for a protein called Fyn which controls NMDAR functioning.

By comparing variants to the normal DNA sequence, it was possible to predict the specific rare variants which would either prevent each gene from being read or which would produce a change in the sequence of amino acids it coded for such that the protein product would not function correctly.

The investigation revealed an excess of such disruptive and damaging variants in FYN, GRIN1 and GRIN2B among the people with schizophrenia.

While the numbers of variants involved are too small for firm conclusions to be drawn, the results are consistent with previous evidence that impaired NMDAR functioning can produce symptoms of schizophrenia. They also support the hypothesis that rare genetic variants which lead to abnormal NMDAR function could increase the risk of developing schizophrenia in 0.5% of cases.

“For many years we've been aware that drugs such as phencyclidine, which blocks the receptor, can cause symptoms just like those which occur in schizophrenia. More recently it's been recognised that sometimes people produce antibodies which attack this receptor and again they have similar symptoms,” said Professor Curtis.

Large genetic studies have increasingly accumulated evidence suggesting that there is an association between schizophrenia and genes associated with NMDAR but these typically involve very large numbers of genes in a rather non-specific way.

The UCL researchers focused closely on just four genes and used computer programs to predict the effects of rare variants in these genes. When they did this, they found that more of the variants predicted to impair functioning are found in the people with schizophrenia than people without schizophrenia.

As the variants are rare, the researchers plan on following up by studying a larger sample set. Professor Curtis is part of a collaboration which will look at DNA sequence data from over 30,000 subjects with schizophrenia. They also plan on studying the effects of these specific variants in model systems such as cultures of nerve cells to precisely characterise their effects on the cell function.

Professor Curtis concluded, "Currently available medications for schizophrenia are not directed at NMDAR. However if we can conclusively demonstrate ways in which its function is abnormal then this should further stimulate attempts to develop new drugs which target this system, hopefully leading to safer and more effective treatments."