Skin colour is one of the most visible and variable traits among humans and scientists have always been curious about how this variation evolved. Now, a study of Latin American populations led by UCL geneticists has identified new genetic variations associated with skin colour. 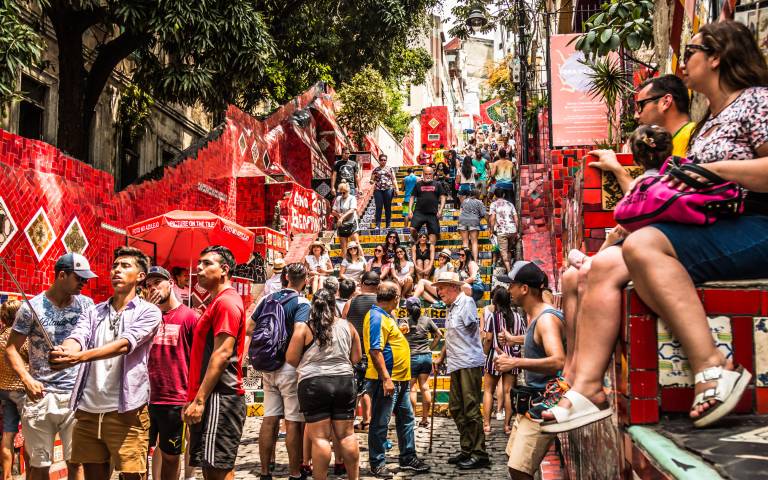 The study, published in the journal Nature Communications, found that the variation of light skin among Eurasian people evolved independently from different genetic backgrounds.

The genetic study analysed pigmentation in over 6,000 Latin Americans, who have a mix of Native American, European and African ancestry.

They show it was under natural selection in East Asians after they split from Europeans around 40,000 years ago, and was then carried over to America by ancient migrations of Native Americans. It is the first time this gene has been linked to skin colour in Native Americans and East Asians.

Dr Kaustubh Adhikari (UCL Genetics Institute), said: “Our work demonstrates that lighter skin colour evolved independently in Europe and East Asia. We also show that this gene was under strong natural selection in East Asia, possibly as adaptation to changes in sunlight levels and ultraviolet radiation.”

Human physical diversity has fascinated biologists for centuries and despite the discovery of hundreds of genes related to such variation, there is still a lot to be understood in order to gain a fuller picture. Scientists have been calling for more diversity in genetics research to ensure that everyone benefits from the medical outcomes of research.

Only recently scientists published the first major study on the genes linked to skin tone diversity in Africa. Latin Americans are similarly underrepresented in genetics research, in particular in pigmentation research.

“It is commonly thought that variation in pigmentation, such as skin colour, in Latin Americans primarily arises due to people's varying degree of European or African ancestry. But our new study shows that there is variation inherited from their Native ancestors as well”, said Dr Javier Mendoza-Revilla (UCL Genetics Institute).

Professor Desmond Tobin (Charles Institute of Dermatology, University College Dublin) explained: “The pigment melanin determines our hair, skin and eye colour. This gene MFSD12 influences how melanin is produced and stored in the skin, thus affecting our skin colour. A darker skin produces more melanin, which can help prevent UV light from damaging our DNA and so offers protection against skin cancer.”

“Interestingly, this gene also turned up in the skin colour study in Africans, but the variants were entirely different than those we observe in our study, highlighting the huge genetic diversity in humans and the need to diversify our study populations”, emphasized Professor Andres Ruiz-Linares (UCL Genetics Institute), who led the CANDELA project spanning participants from five countries: Brazil, Colombia, Chile, Mexico and Peru.

In addition to skin tone variation, the scientists also noted a wide variation in eye colour among Latin Americans. “Just like skin colour, early research on eye colour was Europe-centric, and mostly focused on the distinction between blue vs. brown eyes. But we show that eye colour is a broad continuum, and by studying the subtler variation within brown to black, we found two new genes linked to it”, said Dr Anood Sohail (University of Cambridge).

The study’s findings help explain the variation of skin, hair and eye colour of Latin Americans, shed light on human evolution, and inform an understanding of the genetic risk factors for conditions such as skin cancer.