DNA highlights the lasting impacts of a historical African Kingdom

The political organisation of an ancient African Kingdom shaped the DNA of its descendants according to a new study by UCL. 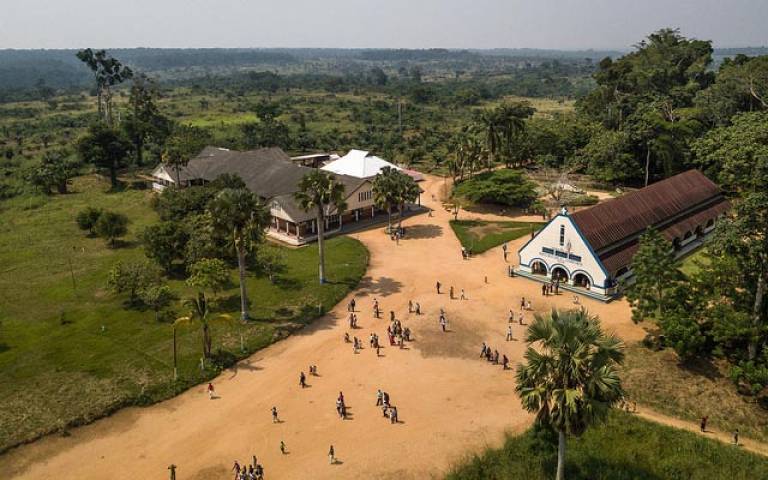 The study, an international five-year collaboration led by geneticists at the UCL and economists at Harvard University and published in PNAS, finds that the formation of the Kuba Kingdom, located in what is now the central Democratic Republic of the Congo (DRC), into a large-scale and centralised state shaped the DNA of its descendants.

Members of the Kuba Kingdom today, called the Kuba, are both more genetically diverse and retain genetic signatures of migration and mixing not detected in neighbouring people.

“By applying a variety of statistical techniques, we found that the genomes of people who claim descent from the Kuba Kingdom have a wider palette of genetic patterns relative to neighbouring people who descend from other ethnicities.

“This likely reflects how different peoples from previously isolated villages – each with their own distinct genetic signatures – were united during the formation of the Kingdom. This resulted in the blending of these unique signatures, which we can now see in the genomes of the descendants living today,” explained postdoctoral researcher and first author, Dr Lucy van Dorp (UCL Genetics Institute).

The Kuba Kingdom has a well-documented political legacy. It was formed in the 17th century when, according to oral histories, a charismatic trader named Shyaam a-Mbul unified existing peoples living in the region under a single rule.

The Kingdom quickly became a striking example of a centralized political state and had many of the features we associate with states today, including a national capital, division of political authority, an oral constitution, public goods provision, a tiered legal system, taxation, and a police force and army. This was in contrast to neighbouring villages which had no political hierarchy beyond the village level.

Scholars have compared the advanced and stable political system of this eminent pre-colonial African society to other sophisticated historical states, including Augustan Rome, Imperial Japan and Ancient Egypt. The Kuba Kingdom flourished into the late 19th century prior to the arrival of Belgian colonists who devastated many parts of the DRC.

This study focused on the fundamental, and yet, unexplored consequence of state formation, its genetic legacy. The authors compared genetic patterns in 101 descendants of the Kuba Kingdom to those of 592 individuals from 27 non-Kuba ethnic groups from the same region of the DRC.

The findings suggest that the political framework of the Kingdom influenced inward migration of foreigners during its peak. This genetic evidence supports the view that formation of the Kuba Kingdom resulted in greater mobility across the Kingdom, particularly towards the capital which was the centre of trade and politics. It is believed that this enabled greater upward social and economic mobility, which led to more mixing across social and ethnic groups.

“One question that seems as relevant today as it was in 18th century Congo is ‘do highly organised societies hinder or facilitate immigration’? The genetic data strongly indicate the latter; the Kuba descendants harboured clear evidence of more immigration at the time of the Kingdom than the non-Kuba descendants. This is particularly interesting because previous studies show that migration increases cultural sophistication. So it could be that encouraging immigration was a part of what made the Kuba Kingdom so advanced,” said co-author Mark Thomas, Professor of Evolutionary Genetics (UCL Genetics Institute).

“This study further demonstrates the power of DNA to supplement research from other disciplines when exploring human history, for example by inferring which different groups intermixed and when. This may be particularly important in areas where few written records exist about people's origins,” said Dr Garrett Hellenthal (UCL Genetics Institute), who co-led the study.

The research was made possible by the participation of DRC volunteers and Congolese enumerators that conducted sample collections with local health clinics. The study was funded by the Newton Trust, the National Science Foundation, the Royal Society, and the Wellcome Trust. Genetic variation data for some DRC individuals were generated by the genetic ancestry testing company 23andMe, who had no further involvement in analyses.