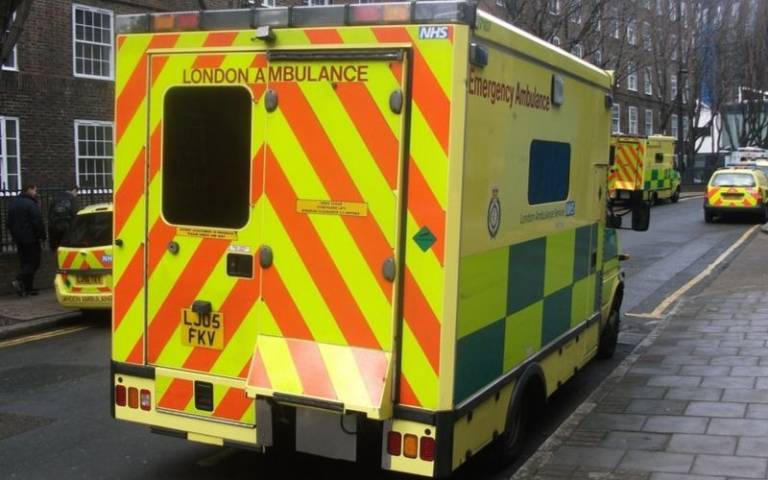 The new analysis, which builds on research undertaken in 2014, finds an extra 69 lives are being saved every year as a result of further centralisation of services in Greater Manchester. In London, where earlier research had shown that centralising acute stroke services saved an extra 96 extra lives per year, these improvements have been sustained over time.

Strokes, which occur when brain function is lost due to impaired blood supply, caused by blood clots or internal bleeding, are a leading cause of death and disability worldwide. In England, people experience over 100,000 strokes a year, leading to 32,000 deaths.

The study, published today in the BMJ and funded by the National Institute for Health Research (NIHR), analysed data from 500,000 hospital admissions between 2008 and 2016. Researchers compared stroke survival rates and length of hospital stay in London and Greater Manchester compared with other urban areas in the rest of England.

Before the centralisations of stroke services, suspected stroke patients were taken to the nearest emergency department to receive stroke care and then treated on a stroke unit or general ward.

Since the centralisation in London in 2010, patients are now taken directly to designated Hyper Acute Stroke Units (HASUs) where they receive 24/7 specialist care. In Greater Manchester between 2010 and 2015, only stroke patients seen within four hours of developing symptoms were taken directly to a specialist stroke centre and no hospitals stopped providing stroke services entirely as a result of centralisation.

Further centralisation to stroke services in Greater Manchester in 2015 to enable all stroke patients to receive hyper-acute care, and this has been shown to save the lives of an extra 69 patients per year who would have died under standard hospital treatment. The 2014 research showed that a less ‘radical’ centralisation of services in 2010 had not reduced mortality rates but only length of hospital stays.

“In addition we found the overall length of hospital stay in Greater Manchester has fallen by one and a half days which amounts to approximately 6,750 fewer bed-days a year.”

Chief Investigator, Professor Naomi Fulop (UCL Department of Applied Health Research) added: “This study provides further robust evidence for centralising acute stroke services in urban areas. This may mean that patients are taken by ambulance past their local hospital to a specialist centre in order to save lives. We have also shown that it is possible to sustain improvements over time. These findings mean that other urban areas should seriously consider adopting a similar model.”

Sarah Rickard, Greater Manchester Stroke Operational Delivery Network Manager, supporting the delivery of stroke services in the region said: “A high proportion of our patients now receive expert care in a Hyper Acute Stroke Unit, regardless of their postcode. This is a significant achievement which was dependent on a collaboration between all those involved in delivering stroke services, and it has been important to listen to patients and carers to make sure their voices are heard in the design and delivery of our stroke services.”

Professor Tony Rudd of Guy's and St Thomas' NHS Foundation Trust, National Clinical Director of Stroke in England, who led the London centralisation, said: “Ensuring that all patients receive specialist stroke care whenever they present and whether or not they are suitable for clot busting treatment, is essential. The recently published NHS Long Term Plan has acknowledged this case and work will be undertaken across the country to implement the findings from this study.”