UCL lecturer and three alumni named in Forbes 30 under 30

An award-winning UCL sustainability economist and three alumni have made the prestigious Forbes 30 under 30 Europe Class of 2019. 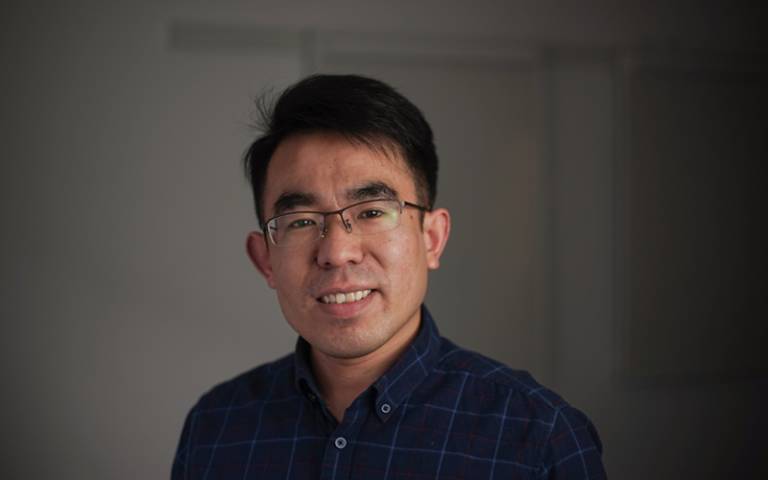 Dr Zhifu Mi (UCL Construction & Project Management) has been selected to join the list in the Science and Healthcare category, while three entrepreneurs and UCL School of Management alumni have been selected for the Technology and Retail & E-commerce lists.

Dr Mi’s accolade recognises his innovative research in the economics of climate change and his potential for creating real world impact in his field.

His research currently focuses on two main areas: consumption-based carbon emission accounting and sharing economies as a pathway to sustainable societies. His work in collaboration with Professor D’Maris Coffman explores a new business model for a sharing economy in which public authorities, enterprises and consumers collaborate to achieve environmental and societal benefits.

Dr Mi said: “I’m very excited to be selected in the Forbes 30 Under 30. It is great that Forbes would like to honour climate change research. Climate change has been a complex collection of political, economic and environmental issues. My research aims to explore the most cost-effective and equitable pathway to mitigate this.”

In total Dr Mi has published more than 50 papers in peer-reviewed journals, with 13 listed in the ESI highly cited papers, and six were listed in ESI hot papers. He was awarded the 2018 World Sustainability Award, the 2017 Best Early Career Article in Environmental Research Letters, and the 2016 Highly Cited Original Paper in Applied Energy.

Professor D’Maris Coffman, Director of the Bartlett School of Construction & Project Management, said: “We are thrilled that Zhifu Mi has been recognised in the prestigious 30 under 30 Europe Class of 2019.

“He is a rising star in the emerging field of climate change economics, where he is working tirelessly to promote a better understanding of the political economy of carbon emissions and the place of cities in the low carbon transition.

“His prodigious research productivity, his generosity about research collaborations and his commitment to building global academic networks to tackle climate change are all in the very best traditions of UCL.

“We are delighted that Forbes has recognised and rewarded both his ongoing efforts and his enormous potential for truly transformative contributions, and feel very privileged and glad that he has made his academic home at UCL.”

Three UCL alumni have also been included on the list for companies incubated at UCL.

Tolulope Ogunsina co-founded UCL startup Playbrush, and has been selected for the Forbes 30 under 30 in Europe in Technology. He studied for an MSc in Technology Entrepreneurship (now Entrepreneurship MSc), graduating in 2013, and then worked as a Research Engineer at UCL in the IdeaLondon incubator space until 2014.

Playbrush encourages children to brush their teeth, with products including an interactive smart toothbrush which connects to games on a smartphone or tablet, an integrated sonic toothbrush and an app with games to play plus realtime feedback to give children extra motivation. Playbrush has sold 175,000 units in 25 countries and has formed partnerships with companies including Unilever.

Twins Joyce and Raissa de Haas, who launched a range of premium soft drinks mixers in unusual flavour combinations such as pomegranate and basil, and cucumber and watermelon, made the Retail and E-Commerce list. They set up their company, Double Dutch Drinks, in 2014 whilst studying for the MSc in Technology Entrepreneurship They went on to win the Virgin StartUp 2015 Foodpreneur Festival, and their drinks are stocked in 4,500 outlets worldwide, including Michelin-starred restaurants and luxury hotels.

Bao Tieu, Acceleration Manager for Entrepreneurship, UCL Innovation & Enterprise said: “UCL has a huge talent pool every year of future innovators, leaders and entrepreneurs and it’s our mission to help unlock and support their potential to create an impact in the wider world.

“It’s incredibly gratifying to see Tolu, Mustafa, Joyce and Raissa recognised in this way and is a testament to their hard-work, determination and boundless creativity. I wish them, and all of our entrepreneurs at UCL, continued success in the future.”