The outstanding contributions of Professor Marek Ziebart (UCL Civil, Environmental & Geomatic Engineering) to the science of space navigation, guidance and control have been recognised with a prestigious award from the US Institute of Navigation. 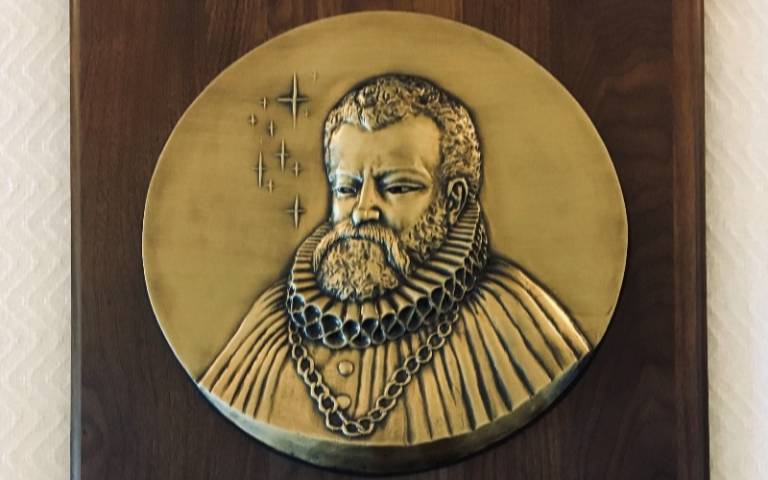 The Tycho Brahe Award is bestowed annually to an individual who has made a truly significant contribution to the science of spacecraft navigation and whose actions have benefited civilisation in any form. The first recipient of the award in 2000 was Dr Richard Battin, who designed the navigation system for Apollo 11, which landed on the moon in 1969.

Professor Marek Ziebart is Professor of Space Geodesy and his work focuses on the design of innovative navigation systems for spacecraft, including a navigation and communications system for manned and robotics missions to Mars and the moon between 2020 and 2040.

The US Institute of Navigation cited Professor Marek Ziebart’s “outstanding innovation and leadership in the area of high precision, physics-based radiation force modelling for spacecraft orbit dynamics” when announcing him as the winner for 2019.

On receiving the accolade, Professor Ziebart said: “In receiving this award I’d like to acknowledge the help and support of my colleagues and the faculty at UCL. To me it seems that in this extraordinary institution you get smarter simply by osmosis. I feel privileged to be a part of UCL and working on research that is truly impactful and beneficial to the planet as a whole.”

In 2007, GPS World named Professor Ziebart as one of the ‘50 Leaders to Watch’ for his contributions to the global navigation and positioning industry. His work has revolutionised the precision of satellite orbit modelling and led to a long running and successful collaboration with NASA Goddard Space Flight Center. Professor Ziebart’s methods have been applied to many NASA missions, including the Jason-1 satellite of the Ocean Surface Topography Mission to measure Earth’s sea levels.

Professor Nigel Titchener-Hooker, Dean of Engineering at UCL, said: “This is a wonderful achievement for Marek, who is a great asset both to the UCL Engineering faculty and the institution as a whole. Marek’s industry-leading research is a prime example of the important role universities play on the world stage in driving and championing innovation, and I am delighted to see him recognised in this way.”

Professor David Price, Vice-Provost (Research), added: “I’d like to extend my warmest congratulations to Professor Ziebart on this astonishing achievement. His work on spacecraft navigation has led to great innovation both in industry and for academic research, and exemplifies the qualities of research leadership that makes UCL research world-leading. This award is timely recognition for his outstanding work, and is very well-deserved.”

The 2019 Tycho Brahe Award was presented to Professor Marek Ziebart at a ceremony at the US Institute of Navigation in Washington on 31st January, 2019.