Older people who engage with the arts live longer than those who take part infrequently or not at all, according to UCL research. 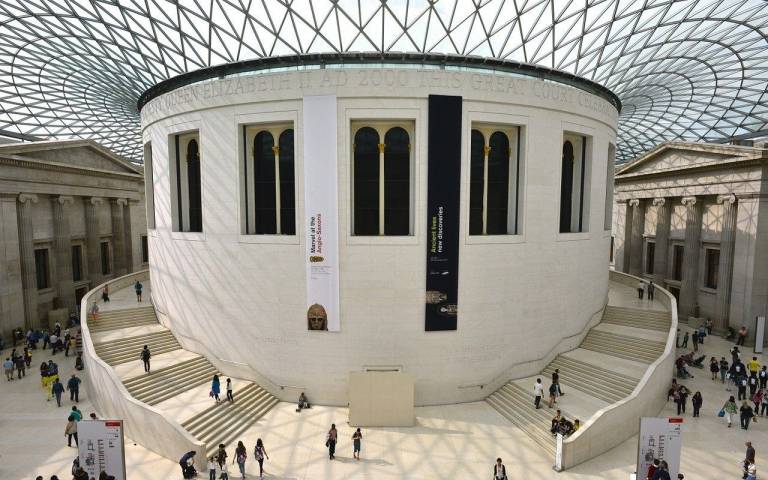 The study, published today in the BMJ, measured engagement in the ‘receptive arts’ such as going to the theatre, concerts, opera, museums, art galleries and exhibitions, and linked this to mortality.

For this, the team analysed data from 6,710 adults aged 50 and over from the English Longitudinal Study of Ageing (ELSA) and followed up the mixed group of men and women after 14 years. Lead author, Dr Daisy Fancourt (UCL Epidemiology & Health Care), said: “We have seen increasing evidence to show the health benefit of the arts and while ‘leisure’ has been broadly linked to a lower risk of premature death, few studies have focused specifically on arts engagement in the UK.

“In this study, we found that arts engagement could have a protective associative with longevity in older adults which could partly be explained by differences in cognitions, mental health, and physical activity.”

Frequency of engagement with any of the activities was categorised as ‘never’, ‘infrequent’ (less than once a year, or once or twice a year) or ‘frequent’ (every few months, or monthly or more).

The association between a longer life and the arts remained even after factors such as heath, age, and wealth were accounted for. As an observational study, cause was not established but the strengths included use of a large representative sample linked to national mortality data, and being able to adjust for a range of potentially influential factors.

Co-author, Professor Andrew Steptoe (UCL Epidemiology & Health Care), explained, “One might think that people who go to museums, attend concerts and so on are healthier than those who don’t. Or are wealthier, more mobile, and less depressed, and that these factors explain why attendance is related to survival. But the interesting thing about this research is that even when we take these and many other factors into account, we still see a strong association between cultural engagement and survival.”

The results of this study adds to the weight of evidence showing the benefit of the arts to health to children as well as adults, as recently showcased in a World Health Organisation (WHO) report co-authored by Dr Fancourt.

Dr Fancourt added: “Our study has significance given the current focus on schemes such as “social prescribing” and “community service referrals” that are being used to refer people to community arts activities in a number of countries. In addition to other literature exploring the benefits of such engagement for specific mental and physical health conditions, our results suggest there might also be broader benefits including helping to promote longer lives.”

The English Longitudinal Study of Ageing was developed by a team of researchers based at UCL, NatCen Social Research, the Institute for Fiscal Studies, and the University of Manchester. Funding for the study was provided by National Institute of Ageing grant and a consortium of UK government departments co-ordinated by the Economic and Social Research Council and Wellcome.