Hydration myths may be putting older people’s health at risk

Myths about healthy drinking may be putting older people’s health at risk by discouraging them from drinking enough fluid to stay healthy, according to a new UCL-led study. 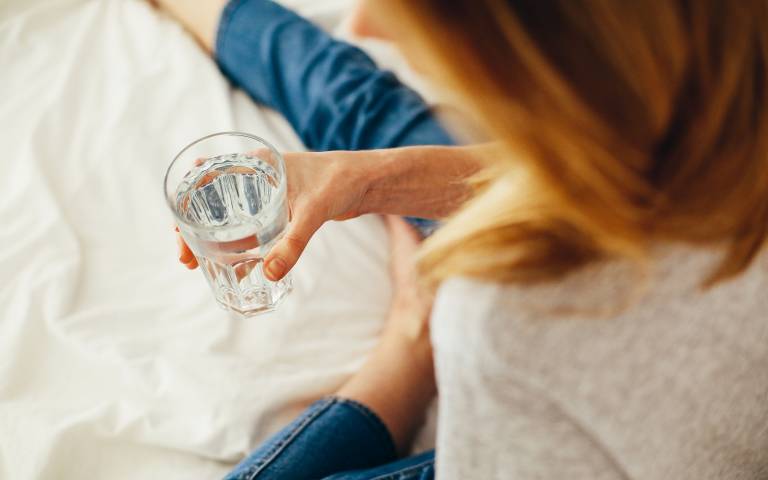 Dehydration is thought to affect between a third to nearly half of frail older people and is associated with a higher risk of adverse health outcomes, from having a stroke or a fall to being admitted to hospital.

For example, it is known that people who are admitted to hospital after a stroke are more than twice as likely to suffer significant impairment if they are dehydrated when they are admitted*.

The study, published in Age and Ageing, aimed to assess older people’s views on hydration, conducting one-to-one interviews with 24 people aged over 75 who lived at home in north and central London, as well as nine informal carers. Until now little research has been done into the views on hydration of elderly people who do not live in care homes.

Researchers concluded that, while interviewees were somewhat aware of public health messages on hydration, many misconceptions existed.

Lead author Dr Cini Bhanu (UCL Epidemiology & Health Care) said: “Keeping well hydrated is key to good health among older people, reducing the risk of hospital admissions and other poor health outcomes. However, many do not link hydration to good health and are unsure of how much to drink.

“Many misconceptions exist – for instance, that thirst is a reliable indicator of when you need to drink, when this may no longer be the case for older people. Another myth is that you have to drink water – in fact, tea, coffee and juices all count.”

Researchers recommended that older people should be encouraged to drink more of what they enjoy and to build on existing habits – for instance, drinking more fluid as part of everyday routines, such as when taking tablets.

They concluded that older people may be best supported to drink well if individual barriers such as fear of incontinence or difficulty getting to the toilet were taken into account.

Interventions were likely to be more effective, the authors argued, if they maintained drinking as a pleasurable experience, considering taste, variety and the role of drinking in socialising. Advice from GPs was rare, but tended to be listened to, the study found.

For some participants, a significant proportion of fluid intake came in the form of alcoholic drinks. The authors noted that beer and lager can be hydrating in some cases, consumed within recommended guidelines, for those who do not need to restrict alcohol intake for other reasons.

Several participants suggested that hydration guidelines were unachievable and not important to them. One interviewee said: “I’ve never drunk very much water and I still don’t, and I see no reason to do so.”

The study was funded by the NIHR School for Primary Care Research.

Photo by Daria Shevstova from Pexels