Ageism linked to poorer health in older people in England

Ageism may be linked with poorer health in older people in England, according to a UCL study of over 7,500 people aged over 50. 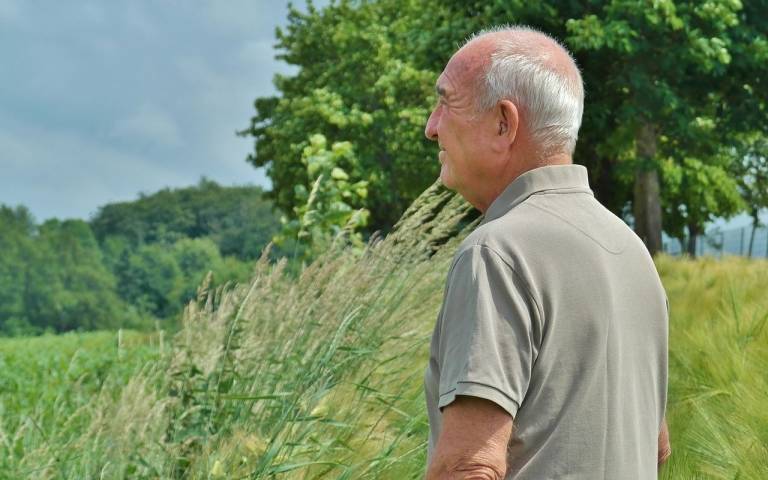 The study, published today in The Lancet Public Health journal, is the first to examine the link between ageism and health and wellbeing, despite the known prevalence of age discrimination and existing evidence that other forms of discrimination, like racism, are linked to poorer health.

Considering the demographic changes underway in high-income countries and the steadily increasing population of older people in the UK, these findings highlight the vital need to tackle ageism to improve the health and wellbeing of people as they age.

Certain serious health problems were also more common among those who reported age discrimination compared to those who had not – including heart disease (17% versus 13%), chronic lung conditions (7% versus 5%), limiting longstanding illnesses (39% versus 33%), and depressive symptoms (19% versus 12%).

In addition to worse reports of their existing health, participants who reported age discrimination were more likely to develop a serious health problem during the study’s six-year study period compared to those who did not report age discrimination -  including higher rates of diabetes (6% versus 5%), heart disease  (4% versus 3%), stroke  (5% versus 3%), chronic lung disease  (5% versus 3%), a limiting long standing illness  (26% versus 21%), or depressive symptoms  (10% versus 7%).

The authors note that the follow-up data was only available for 5595 of the 7731 participants included in the original analyses. Participants who dropped out in the intervening six years tended to be older and less affluent, which may have led to conservative numbers of newly developed conditions.

Notably, 45% (883/1943) of participants who reported age discrimination also reported discrimination based on other personal characteristics (eg. sex, physical disability) and the negative health effects were most pronounced in this group. The authors therefore stress that other factors, like socioeconomic status and disability, intersecting with and compound experiences of discrimination. For example, perceived age discrimination was more frequent in the lowest wealth quintile than the highest (20% versus 28%).

Advocating for a two pronged approach that aims to both tackle discriminatory behaviours in society and mitigate the effects of discrimination of older people, study author, Dr Sarah Jackson (UCL Epidemiology & Health Care) says: “As a society, we need to increase public awareness of what constitutes ageism and how it can affect health and wellbeing so we can build collective movements, like those that brought about legislative and social change for other forms of discrimination. On a clinical level, raising the issue of age discrimination with older patients could help to identify those at risk of future health problems.”

The research was conducted using data from the English Longitudinal Study of Ageing, a nationally representative sample of over 50-year olds. Participants reported experiences of age discrimination and rated their own health via self-completed questionnaires and face-to-face computer-assisted personal interviews in 2010-11. Follow-up questionnaires and interviews collected data on participants’ health after a six-year period to record any health conditions they had developed since.

The authors discuss several possible ways that ageism could negatively impact health. Firstly, previous studies have shown that exposure to age discrimination can provoke stress responses harmful to both mental wellbeing and physical health. Secondly, people may use unhealthy behaviours, like smoking, drinking, poor diet or physical inactivity, to cope with experiences of age discrimination.