The Orwell Papers, housed at UCL Special Collections, have been formally inscribed to the prestigious UNESCO Memory of the World International Register. 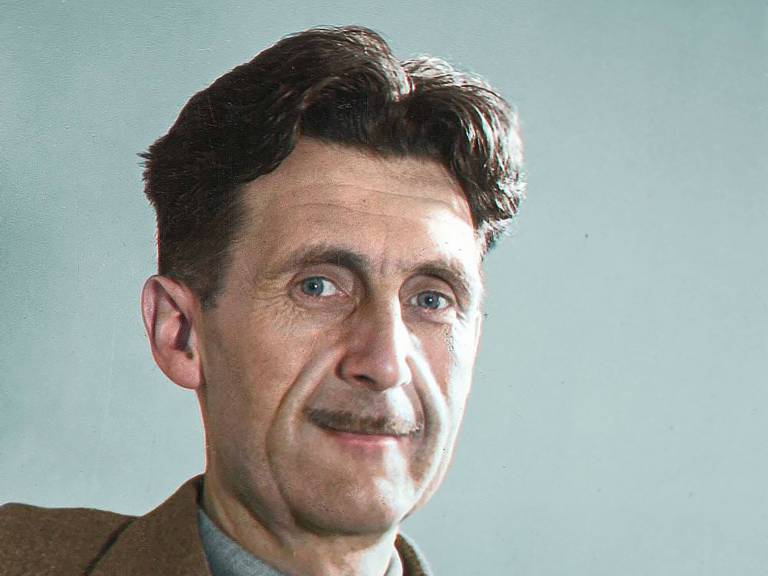 The award will be formally presented at the 2018 UNESCO Memory of the World UK Awards ceremony on the 19th of September 2018.

The Orwell Papers comprise the personal archive of the renowned British author and journalist George Orwell and consists of manuscript notebooks, diaries, letters and other personal papers, including photographs, belonging to the author. The collection features the first jottings of some of the most well-known words and phrases from the Orwell canon, such as "Two Minutes Hate", "Newspeak", and the slogan "War is Peace. Ignorance is strength. Freedom is slavery".

The UNESCO Memory of the World Register lists documentary heritage which has been recommended by the International Advisory Committee, and endorsed by the Director-General of UNESCO, as corresponding to the selection criteria regarding world significance and outstanding universal value. UCL has achieved this accolade for the Orwell Papers following a highly competitive and selective process.

George Orwell's adopted son, Richard Blair, adds: "This prestigious award granted by UNESCO to the Orwell Archives at UCL is a clear indication of the value attached to the works of George Orwell. Not only am I immensely proud of this achievement and what it means personally, but also to those who have put in so much hard work to bring about this singular recognition."

Dr Paul Ayris, Pro-Vice-Provost (UCL Library Services) said: "I am delighted that the papers of George Orwell held at UCL have been formally inscribed on the UNESCO Memory of the World International Register. This is a prestigious award, and we are very pleased that the importance of this collection has been internationally recognised."

George Orwell, born Eric Blair, (1903-1950) was a political thinker, essayist, novelist, journalist and broadcaster. He famously wrote Animal Farm, an allegory of contemporary times, and Nineteen Eighty-Four, a fictional account of the dangerous potential of totalitarianism.

The George Orwell archive is the most comprehensive body of research material relating to the author anywhere. Manuscripts, notebooks and personalia of George Orwell were given to UCL in 1960 on permanent loan by his widow on behalf of the George Orwell Archive Trust, and have been supplemented by donations and purchases. The aim of the Trustees of the Archive was to establish a research centre for Orwell studies for all to use and to safeguard the papers for posterity.

UCL Special Collections is recognised as one of the foremost university collections in the UK. Alongside the George Orwell Archive, other notable highlights of the collection include the papers of Jeremy Bentham and the renowned Graves and Ogden personal libraries of rare books and manuscripts.