A newly discovered role for the enzyme glutamine synthetase could have important implications for developing anti-cancer drugs according to a new UCL study. 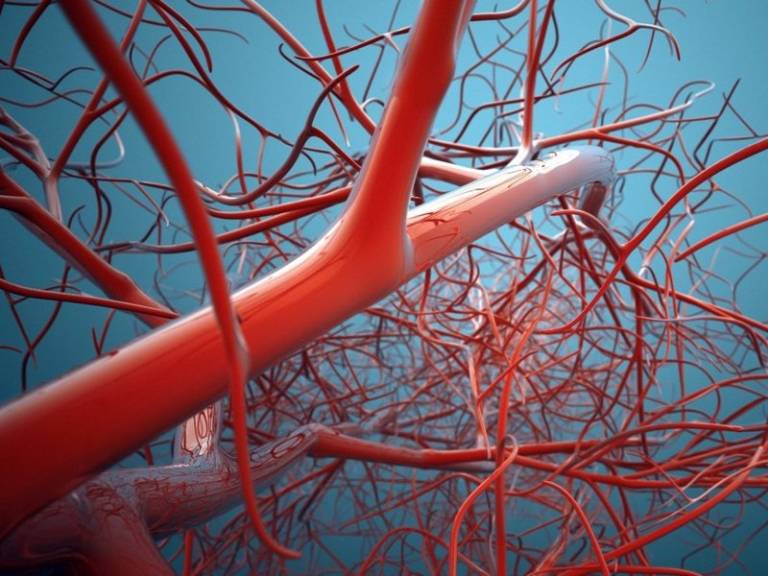 An intrinsic part of tumour growth is the sprouting of blood vessels, which supply cancerous tumours with the blood and energy that they need to survive.

An international group of scientists led by Professor Peter Carmeliet at VIB in Belgium together with Professor Francesco Luigi Gervasio (UCL Chemistry and UCL Institute of Structural Molecular Biology) noticed an unusual connection between the enzyme glutamine synthetase, which was not previously known to be involved in regulating vascular development, and the growth of new blood vessels.

Glutamine synthetase is known to catalyse the condensation of glutamate and ammonia to form glutamine and thus it plays an essential role in the nitrogen metabolism.

The research, published in Nature and primarily funded by the EPSRC and the EU, could lead to the development of drugs that could restrict the growth of tumours by inhibiting the way in which the enzyme behaves.

The team - including researchers at the American Cancer Society, Sun Yat-Sen University and the National Natural Science Foundation of China - used a combination of computational and experimental techniques.

These revealed that the enzymes were "moonlighting" as facilitators for vascular sprouting, fixing a fatty acid to their surface, which then helps the enzyme move to the cell membrane where the vascular developmental activity takes place.

The simulations at UCL predicted the binding mode of the fatty acid and mutagenesis experiments on cells later confirmed the computational predictions.

The discovery of this behavior indicates that by mutating the enzyme this vascular sprouting could be prevented completely.

Professor Gervasio said: "It was very exciting to see that the details of the 'secret' activity of Glutamine Synthetase predicted by simulations were spot on and can be used to design new anticancer drugs."

In comparison with other anti-cancer drugs, the new drug target could be used in combination with other methods to shut down the blood supply to solid tumours. The new application may be more suitable than other therapies that restrict blood vessel growth which use other enzymes like kinase as their target, as these suffer from the emergence of drug resistance.

The anti-cancer properties of this therapy could be used without stopping other useful functions in the body as typically the largest formation of new vessels occurs in tumours.

"One of the most important considerations in drug discovery is to find well characterised targets with a significant role in the disease. Therefore, the first and crucial step is to understand the role of the enzyme in the disease," added Professor Gervasio.

The team are continuing to work alongside pharma companies including AstraZeneca, GSK, UCB, Heptares and EVOTECto develop other targets and identify new drug target sites.