Provost warns of research impact of a no-deal Brexit

Delays in striking a Brexit agreement may leave the UK excluded from the European Union's multibillion-euro research programme, UCL President & Provost, Professor Michael Arthur, has warned in an article for Times Higher Education (THE). 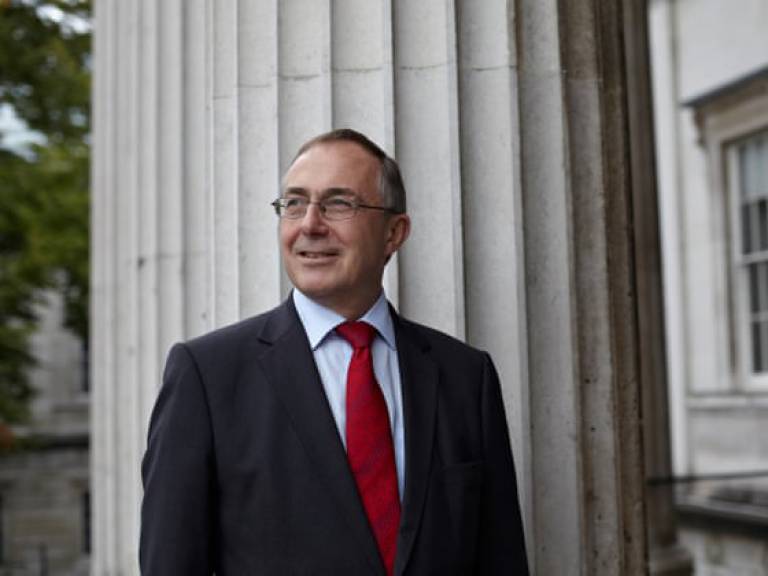 Professor Arthur is among a number of university leaders who have raised concerns that a no-deal Brexit could see British researchers excluded from the entire duration of the EU's seven-year scientific research initiative, Horizon Europe, due to start in 2021.

The possibility that the UK could leave the EU without a withdrawal agreement and therefore no statement of intent on future relations has been thrown into stark relief recently, as talks between the UK and the EU hit their rockiest period yet.

Professor Arthur told THE that any application by the UK for associate membership of Horizon Europe after a no-deal Brexit "would then be occurring against the background of more political difficulty". There would be no guarantee that an association agreement would be reached and it would probably take a lot longer" to reach one, he added.

There would be a "significant gap" in the UK's framework programme participation of "probably as much as a year" in such a scenario, Professor Arthur continued. But he also warned that "a gap could occur even if there is an agreement" between the UK and the EU on the wider Brexit deal.

The UK's membership of the current Horizon 2020 programme means that British universities benefit from about £1.2 billion a year in funding. In addition, they benefit from the right to join international research consortia, funded by the programme, and are eligible for highly prestigious European Research Council (ERC) grants.

UK PM Theresa May has said that the UK 'would like the option' to become an associate member of Horizon Europe in exchange for a fee expected to be between €1 billion (£884 million) and €2 billion a year. But a no-deal Brexit could derail that, and even with a deal, there are fears that an association agreement may not be in place in time for the start of Horizon Europe.

In light of the increasing political uncertainty and the looming possibility of a no-deal Brexit, UK universities are stepping up their contingency planning. UCL has set up a Brexit Mitigation Group due to fears about how a no-deal Brexit could affect the recruitment and retention of EU staff and students.