Does climate vary more from century to century when it is warmer?

Century-scale climate variability was enhanced when the Earth was warmer during the Last Interglacial period (129-116 thousand years ago) compared to the current interglacial (the last 11,700 years), according to a new UCL-led study. 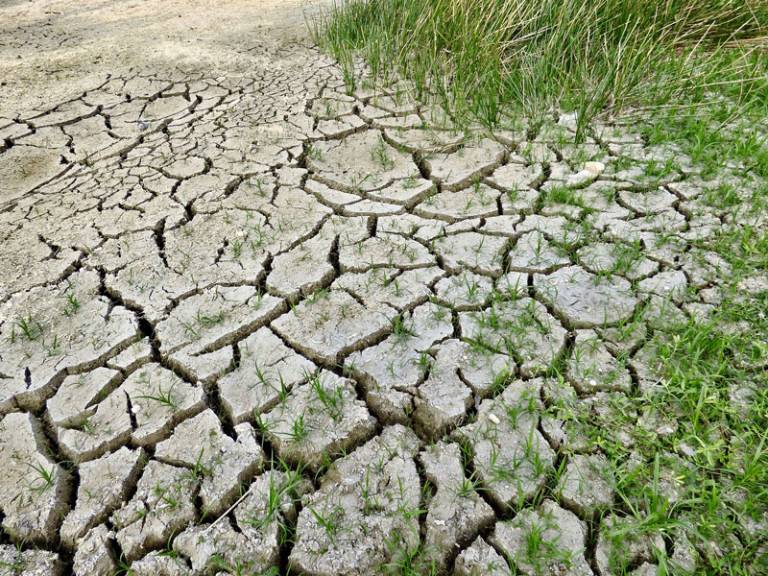 The findings, published today in Nature Communications and funded by the Natural Environment Research Council (NERC) and the Australian Research Council (ARC), reveal that the Last Interglacial period was punctuated by a series of century-scale arid events in southern Europe and cold water-mass expansions in the North Atlantic.

The Last Interglacial period contained an interval of intense Arctic warming, with surface air temperatures estimated at 3-11°C above pre-industrial, comparable to high-latitude warming scenarios for the end of this century.

Global sea-level during the Last Interglacial is estimated to have been ~6-9 m above present, with 0.6-3.5 m derived from melting of the Greenland Ice Sheet.

Previously, several North Atlantic and European records have detected century-scale changes in temperature and precipitation within the Last Interglacial, but there has been considerable uncertainty over the timing, extent and origin of these climate oscillations.

This new study by international researchers from twelve institutions used marine and terrestrial geological archives, coupled with climate model experiments, to create the most detailed timeline of ocean and atmosphere changes in the North Atlantic and southern Europe during the Last Interglacial.

To address the uncertainties in comparing records from different environments, researchers produced a "stratigraphic 'rosetta stone' by analysing different fossils from the same sediment samples in a marine core off Lisbon," said Dr Luke Skinner (Cambridge University) who led the palaeoceanographic analyses.

Changes in vegetation, primarily caused by variations in the amount of rainfall, were then linked to changes in the chemical signature of rainfall recorded in stalagmites from Corchia Cave in northern Italy.

"The Corchia record is particularly important because it is supported by very detailed radiometric dating using the decay of uranium isotopes, producing one of the best chronologies for this period available," said Dr Russell Drysdale (University of Melbourne), who led the team studying the Italian cave.

Climate model experiments, undertaken by Dr Laurie Menviel and Dr Andrea Taschetto of the University of New South Wales Sydney, revealed that the spatial fingerprint of these changes was consistent with disruptions of the Atlantic meridional overturning circulation.

Greenland ice-melt and runoff as a result of strong high-latitude warming during the Last Interglacial may have contributed to the weakening of the Atlantic meridional overturning circulation and to the observed climate changes.

"Although not a strict analogue for future anthropogenically-driven changes, the profile of the Last Interglacial that emerges is one of enhanced century-scale climate instability, with implications for ice-sheet and ocean dynamics," said Professor Tzedakis.

"Future research efforts should focus on constraining further the extent of melting and runoff from the Greenland ice-sheet and its effects on ocean circulation during the Last Interglacial."