Vaccinia virus, a poxvirus closely related to smallpox and monkeypox, tricks cells it has infected into activating their own cell movement mechanism to rapidly spread the virus in cells and mice, according to a new UCL-led study. 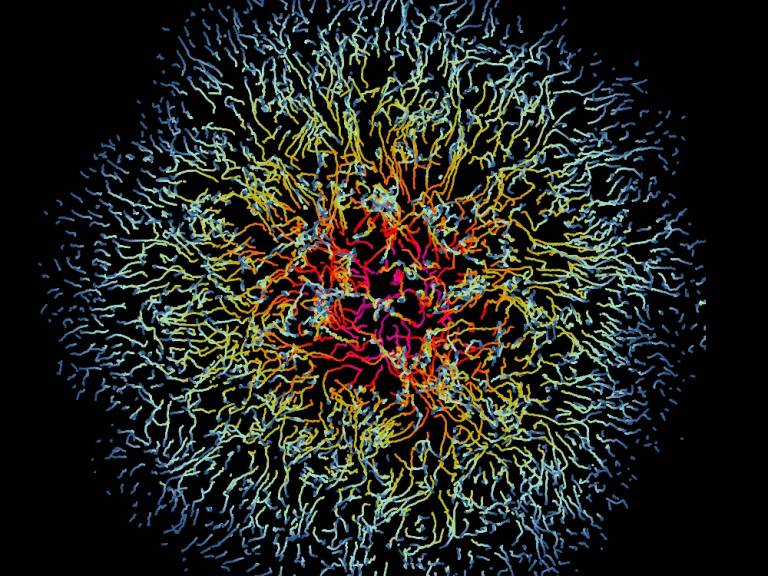 The findings, published in Nature Microbiology, explain how the virus mimics infected cells' own proteins to kick-start the signalling pathway enabling the cell to move around.

"We were surprised to find that not only does the poxvirus turn on the infected cell's motility pathway, it also controls the speed and direction of movement to coordinate the rapid spread of the infected cells," said the study's lead author, Dr Jason Mercer (MRC Laboratory for Molecular Cell Biology at UCL).

Vaccinia virus causes a mild and asymptomatic infection, which is why it was used in the world's oldest vaccine, that of smallpox, as it safely confers immunity to the much more harmful virus.

"There are numerous viruses, including herpes viruses and tumour-causing viruses, that are known to promote movement in infected cells, so by clarifying the mechanism in one virus, we hope to shed light on new therapeutic targets to prevent the spread of many different viruses," said the study's first author, PhD student Corina Beerli (MRC Laboratory for Molecular Cell Biology at UCL).

The virus produces a protein, vaccinia growth factor (VGF), that mimics epidermal growth factor, a protein that stimulates the growth of healthy cells and plays a key role in activating cell movement.

For the study, the researchers were tracking individual cells, both infected and uninfected, in cell cultures. They found that when they removed the VGF protein from vaccinia virus-infected cells, the virus was no longer able to enhance cell motility. They demonstrated that VGF was effectively activating the host cell's epidermal growth factor receptors to initiate cell movement.

The research team was then able to clarify the signalling pathway exploited by the virus, and how the infected cells are directed to rapidly move away from the source of infection in order to maximise the area covered by infected cells.

The researchers tested their findings in a small study of mice and found that the virus spread more effectively and developed larger lesions when infected with the unmodified virus than with the VGF-deficient version of the virus.

The findings are the first demonstration that infected cell motility is directly linked to virus spread.

The researchers also found that the cell signalling pathway activated by the virus was the same pathway that gets taken over in cancer cells to promote metastasis.

"By making this connection between how a poxvirus and metastatic cancer spread, we've opened up new possibilities for antiviral strategies. There is a wide range of cancer drugs that already target this signalling pathway to stop the spread of metastatic cancer cells, so we hope that further research will uncover whether those cancer drugs could be re-purposed as antiviral agents or combined with existing antivirals," said Dr Mercer.