Kamila Shamsie to give the Orwell Lecture 2018

The Orwell Lecture 2018, held annually at UCL, will be delivered by author Kamila Shamsie, on the question of 'citizenship, migration and the transformation of rights into privileges'. 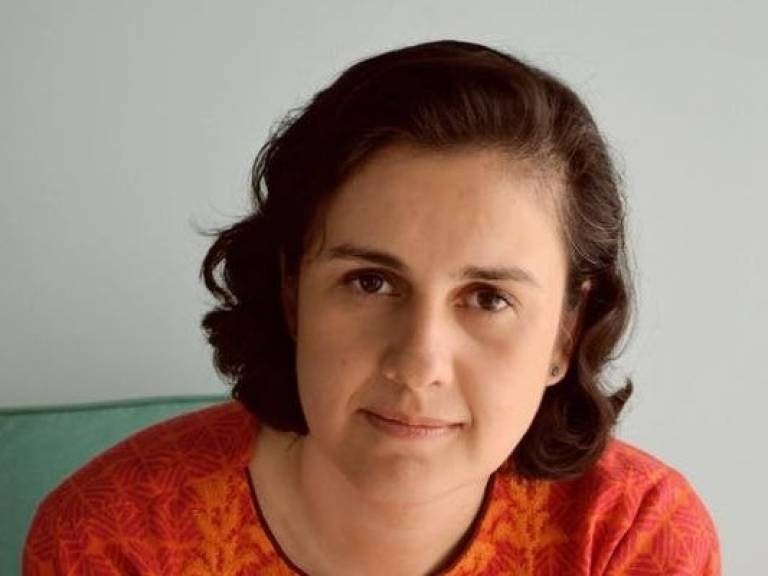 The lecture is organised by the Orwell Foundation, which is based at UCL along with the George Orwell Archive. It will consider the cost of recent attempts to move citizenship from 'a protected legal status to a privilege'.

"In the last few years the line 'citizenship is a privilege not a right' has been heard increasingly from the mouths of Home Secretaries and Prime Ministers. Alongside this statement we've seen the increasing expansion in - and use of - the government's powers to strip Britons of their citizenship. What is the cost of this attempt to move citizenship from a protected legal status to a privilege, and does it created a two-tiered system of citizenship?" said Kamia Shamsie, commenting on the topic of her lecture.

Home Fire was longlisted for the Man Booker Prize 2017, shortlisted for the Costa Best Novel Award, and won the Women's Prize for Fiction 2018. Three of her novels have received awards from Pakistan's Academy of Letters. Kamila Shamsie is a Fellow of the Royal Society of Literature and was named a Granta Best of Young British Novelist in 2013. She grew up in Karachi and now lives in London.

The Orwell Lecture, named in memory of the English author, journalist and critic George Orwell (Eric Blair, 1903 - 1950) has been given annually since 1989. The lecture has attracted notable speakers including Dr Rowan Williams, Dame Hilary Mantel, Robin Cook and Ruth Davidson MSP.

The lecture will mark the launch of the Orwell Foundation's new prize for political fiction, sponsored by the Orwell estate's literary agent A. M. Heath and Orwell's son Richard Blair. To be awarded for the first time in June 2019, the new prize will reward outstanding novels and collections of short stories first published in the UK that illuminate major social and political themes, present or past, through the art of narrative.

The lecture will be preceded by 'Orwell's Last Notebook', an event held in collaboration with UCL Special Collections, offering exclusive access to the Orwell Archive and insights from Orwell's biographer, D J Taylor, as well as an Orwell Youth Prize writing workshop with Sixth Form students from across London.

Commenting on the lecture Professor Stella Bruzzi, Dean of Arts and Humanities at UCL, said: "UCL is honoured to once again host the landmark Orwell Lecture, which this year, as in the past, promises to entertain and provoke lively intellectual debate. This year's themes of citizenship, migration, rights and privilege are particularly pertinent, and it is exciting to welcome a brave contemporary author who exemplifies the essential role the arts can play in the interrogation of contemporary political issues. I'm very much looking forward to what is set to be an inspirational lecture."

Professor Jean Seaton, Director of the Orwell Foundation, said: "Kamila Shamsie's work examines how we live together and how we mis-understand each other. That is to say she explores the most perilous fault line in modern life. So, we are very proud to have her give an Orwell lecture this year."

There is a waiting list for tickets, but you can watch live from 6.30pm on the day at http://orwellfoundation.com