The largest-ever survey of care home staff in England, led by UCL researchers, has found that neglectful behaviours are widespread. 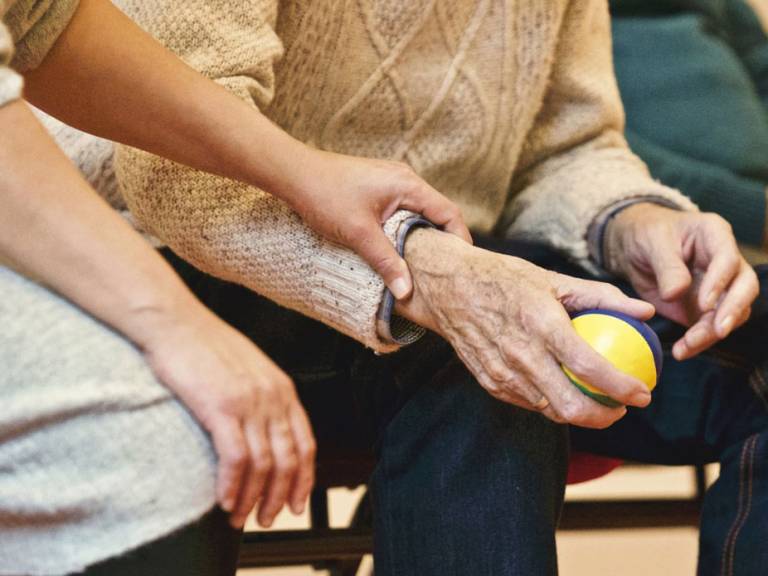 For the study, published today in PLOS ONE, care home staff were asked anonymously about positive and negative behaviours they had done or had witnessed colleagues doing.

"These behaviours were most common in care homes that also had high rates of staff burnout, which suggests it's a consequence of staff who are under pressure and unable to provide the level of care they would like to offer."

From 92 care homes across England, 1,544 care home staff responded to the survey. The staff were asked whether they had, in the past three months, witnessed a range of positive and negative behaviours. Their responses were linked to data from each care home describing a measure of burnout in care home staff.

Some negative behaviours were categorised as 'abusive', using a standard definition,* and based on the behaviour reported, rather than the intention of the care home staff. The most common abusive behaviours were: making a resident wait for care (26% of staff reported that happening); avoiding a resident with challenging behaviour (25%); giving residents insufficient time for food (19%); and taking insufficient care when moving residents (11%). Verbal abuse was reported by 5% of respondents, and physical abuse by 1.1%.

At least some abuse was identified in 91 of the 92 care homes.

Positive behaviours were reported to be much more common than abusive behaviours, however some positive but time-consuming behaviours were notably infrequent.  For instance, more than one in three care home staff were rarely aware of a resident being taken outside of the home for their enjoyment, and 15% said activities were almost never planned around a resident's interests.

"Most care homes, and their staff, strive to provide person-centred care, meaning that care is designed around a person's needs, which requires getting to know the resident and their desires and values. But due to resources and organisational realities, care can often become more task-focused, despite intentions and aspirations to deliver person-centred care," said co-author Dr Penny Rapaport (UCL Psychiatry).

"Carers can't just be told that care should be person-centred - they need to be given the support and training that will enable them to deliver it," she said.

The study is part of the UCL MARQUE cohort study, which is also looking into cost-effective interventions to improve the quality of care for people with dementia, and will be using this anonymous reporting as a measure of how well training interventions are working.

More than two thirds of care homes residents have dementia. Agitated behaviours such as pacing, shouting or lashing out are more common in dementia, and can make provision of person-centred care very challenging for care staff to deliver, often with minimal training and limited resources.

"With the right training, care home staff may be able to deliver more effective care that doesn't need to be more expensive or time-consuming. If they understand and know how to respond to behaviour, they may be able to do more without greater resources," said the study's senior author, Professor Gill Livingston (UCL Psychiatry).

Dr Doug Brown, Chief Policy and Research Officer at Alzheimer's Society, commented: "70% of people living in care homes have dementia, and it's clear from these findings that they're bearing the brunt of a chronically underfunded social care system.

"It's upsetting but unsurprising that abusive behaviours were more common in homes with higher staff burnout. We've heard through our helpline of people with dementia not being fed, or not getting the drugs they need, because a carer isn't properly trained, or a care home is too short-staffed.

"By 2021, a million people in the UK will have dementia. The government must act now, with meaningful investment and reform, or we risk the system collapsing completely and people with dementia continuing to suffer needlessly."

The study was conducted by researchers at UCL and the Camden and Islington NHS Foundation Trust, and funded by the Economic and Social Research Council and the National Institute for Health Research.