Animals shield their families from a harsh world

Animals living in volatile habitats can gain major evolutionary benefits by shielding their families from the changing environment, suggests research from UCL, the University of Bristol and University of Exeter. 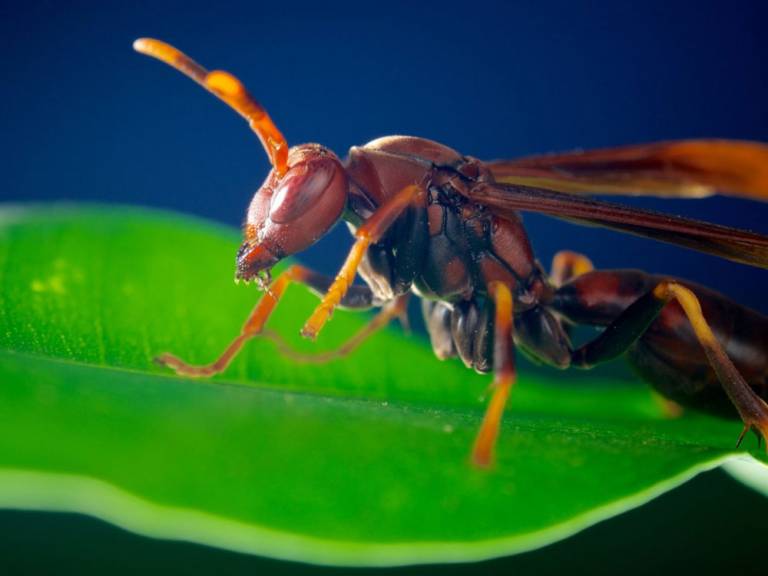 In a study published today in Nature, biologists investigated an overlooked reason for widespread cooperation amongst animals and found that when their environment is prone to fluctuate unexpectedly, staying at home to help raise relatives can be much better than going solo.

By taking into account the turbulent nature of environments, the team showed that helping behaviour is much easier to evolve than previously thought: helpers don't need to be very closely related to those they help if the environment is really unpredictable.

"We realised that help might actually only be of use to animals if the year turns out to be difficult because of bad weather or not enough food," explained co-author Dr Seirian Sumner (UCL Genetics, Evolution & Environment).

"Helping relatives in bad years can have a huge effect on the number of grandchildren if it means your family does much better than others when times are hard. So it's worth siblings hedging their bets and staying at home."

The study came about after biologists recently noticed that high levels of animal cooperation are often found in very harsh and unpredictable places - from birds on African savannahs to wasps in the sunny Spain.

Patrick Kennedy from the University of Bristol's School of Biological Sciences, who led the study, said: "We wanted to find out whether evolution might work differently in these changeable habitats. Explaining the existence of sterile worker bees was a big problems for Charles Darwin. Why should any bee sacrifice the chance to reproduce in order to raise sisters or nieces? Scientists now understand that helping behaviour evolves because the helper is related to those she helps."

This explanation for helping behaviour has been recently challenged. Co-author Professor Andy Radford, also from Bristol's School of Biological Sciences, added: "Often, when biologists have measured outcomes in the wild, either helpers weren't closely enough related, or they could have had their own offspring quite easily, or they didn't make much difference to the survival of their siblings."

The study was first inspired by studying the simple societies of social insects - bees and wasps: many live in tough and variable environments (e.g. lots of parasites, unpredictable weather). How does this influence their expression of sociality? The team found that the turbulent nature of environments is important in driving helping behaviour in distantly related animals.

The researchers made their discovery by including a measure of how unpredictable the environment is into existing models of altruism. They found that when the environment was really unpredictable, animals could have more chance of passing on their genes by helping raise relatives rather than leaving the home turf and attempting to reproduce alone.

Paradoxically, helping evolves because it reduces the risk in reproduction and not because it means more offspring are produced. So a social group might in fact rear fewer offspring than a solitary breeder when conditions are good (e.g. there's lots of food); but, a social group will rear some offspring more reliably than a solitary breeder when conditions are bad (e.g. there's not much food).

Using their equations, the researchers were able to explain helping behaviour in some ground-nesting bees and Mocking birds that previous theory failed to explain.

Patrick Kennedy added: "Getting the edge on your competitors when times are tough can make all the difference, even if it makes you less competitive in the good times.

"It's a bit like carrying a spare sail in a sailing race. When conditions are good, the extra weight will just slow you down. But if your sail gets shredded by a gale, you'll be able to hoist the new one whilst your competitors are stuck with broken sails. In the long run, being able to ride out the storm puts you in the lead."

The researchers say the results could have big implications for our understanding of how cooperation evolves in animals.

The famous biologist JBS Haldane first saw the importance of shared genes: he remarked that he would lay down his life for two brothers but not one. Haldane shared half his genes with a brother, so it is only worth sacrificing himself if he can save at least two brothers.

Co-author, Dr Andrew Higginson, from the University of Exeter, concluded: "Our findings mean that shared genes might actually explain helping in lots of cases that seemed to contradict the established theory. Many biologists may want to reassess whether their data actually support Haldane's idea after all."