Sound and object motion can be used to change perceptions about body size, according to a new study by an international team involving UCL researchers. 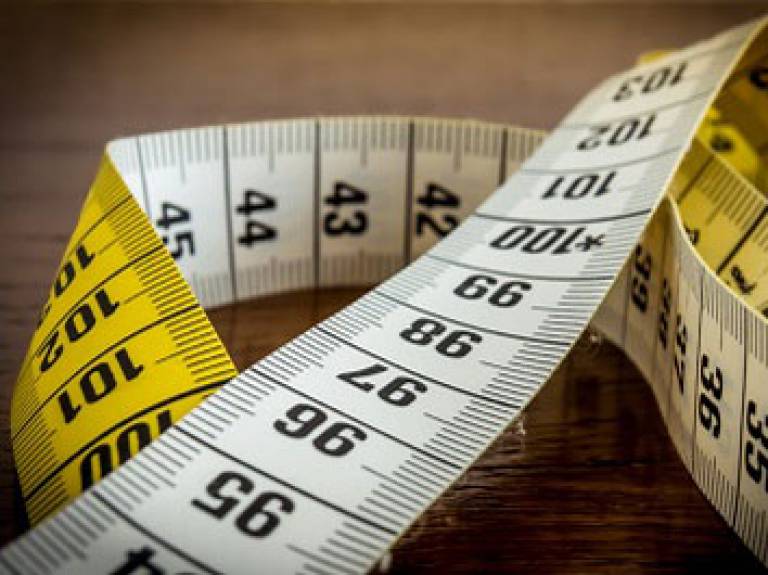 The study, published today in PLOS ONE, found that introducing a mismatch between the predicted and actual outcome of an action, such as dropping a ball, can make people feel taller.

When an object is dropped, the brain accurately predicts when it will hit the floor by considering the height from which it fell. Artificially lengthening the time it takes to hear the impact of the object on the ground leads people to update their perceived body height, making them feel taller.

How humans perceive their body size is highly flexible, even beyond the ages when we stop growing. Most previous studies into this used sensory feedback on or about one's body but this study shows that even objects around us are used to compute our body size.

The findings could have implications for studies already using sound for rehabilitation for people with poor proprioception - the sense of the position of parts of the body in relation to other parts - including for those who have Parkinson's Disease or have suffered a stroke.

"These results reveal the surprising importance that sound and movement have on body representation. We don't just feel and see our bodies, we also hear ourselves whenever we interact with solid objects," explained lead researcher Dr Ana Tajadura-Jiménez (UCL Interaction Centre and Universidad Carlos III de Madrid).

"This could be a really promising avenue for treating clinical conditions where people suffer from chronic pain or other conditions linked to distorted mental body representations such as anorexia nervosa."

"As these mechanisms are understood, they inform the design of sound-based technology to support novel therapies for such conditions," added co-author Professor Nadia Berthouze (UCL Interaction Centre and UCL Psychology & Language Sciences).

For the study, blind-folded participants dropped a ball from head height. The actual sound of the ball dropping and hitting the floor was masked and a simulated sound was played at longer and shorter intervals using four simulations - actual height, or from half, two or three times this height.

Participants were then asked to take a step backwards to an already memorised point and visually estimate their body size. "Results show that as the perceived time it took the ball to hit the floor increased, so too did the participants' perception of their body height and leg length", explained co-author Prof Ophelia Deroy (LMU).

Co-author Dr Norimichi Kitagawa (NTT) added: "This is not only valuable for clinical applications but could also inform the development of technologies for motion controlled games where players take on a larger character on screen."

It was kindly supported by the Economic and Social Research Council (UK), The Nippon Telegraph and Telephone Corporation of Japan, Ministerio de Economía, Industria y Competitividad of Spain and the Arts and Humanities Research Council.