Huge congratulations to the Dean of the Faculty of Brain Sciences, Professor Alan Thompson, who has been awarded the Lifetime Achievement Award from the Consortium of MS Centres (CMSC). 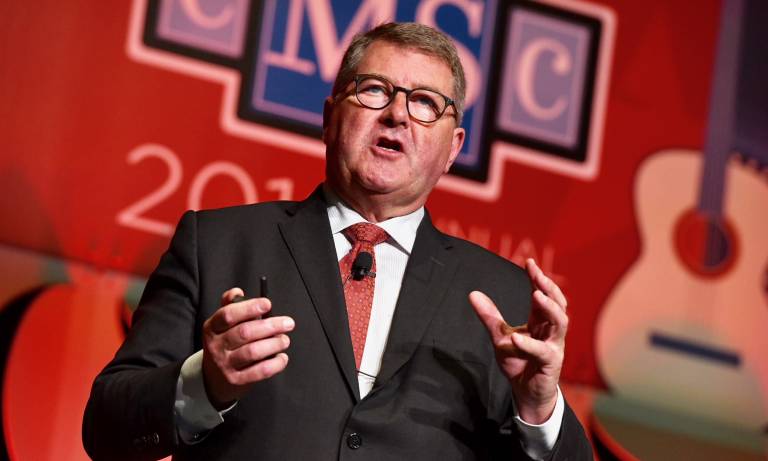 CMSC is a North American organization that aims to improve and advance the standards of care for those living with multiple sclerosis (MS) through educational programmes, pilot research projects and mentoring.

Professor Thompson had just delivered the 'Presidential' lecture on 'Neurorehabilitation in MS: Past, Present, Future,' at the CMSC Annual Meeting in Nashville, USA, on 31st May 2018, when he was surprised with the Award on stage.

Professor Thompson first joined UCL in 1992 and has been Dean of the Faculty of Brain Sciences since its creation in 2011. He holds the Garfield Weston Chair of Neurology and Neurorehabilitation, leads the Neuroscience Programme for UCLP Academic Health Science Centre, is an NIHR Senior Investigator Emeritus, and an honorary consultant neurologist at the National Hospital for Neurology and Neurosurgery, Queen Square. In 2017 he was awarded the John Dystel Prize for Multiple Sclerosis Research.

Among many research achievements, Professor Thompson has carried out some of the first serial MRI studies of the natural history of individual disease groups in MS, demonstrating the value of MRI in monitoring the disease process; developed protocols used internationally for the use of MRI in assessing the effectiveness of new treatments; and identified the unique characteristics of the primary progressive MS group. He now chairs the Scientific Steering Committee of the International Progressive MS Alliance.

Notably, Professor Thompson is the first person from outside of North America to receive the CMSC Award which was presented by Professor Gary Cutter, President at the CMSC.