Magnetic reconnection - the explosive reconfiguration of two magnetic fields - occurs differently around Saturn than around Earth, according to new findings from the international Cassini mission involving UCL researchers. 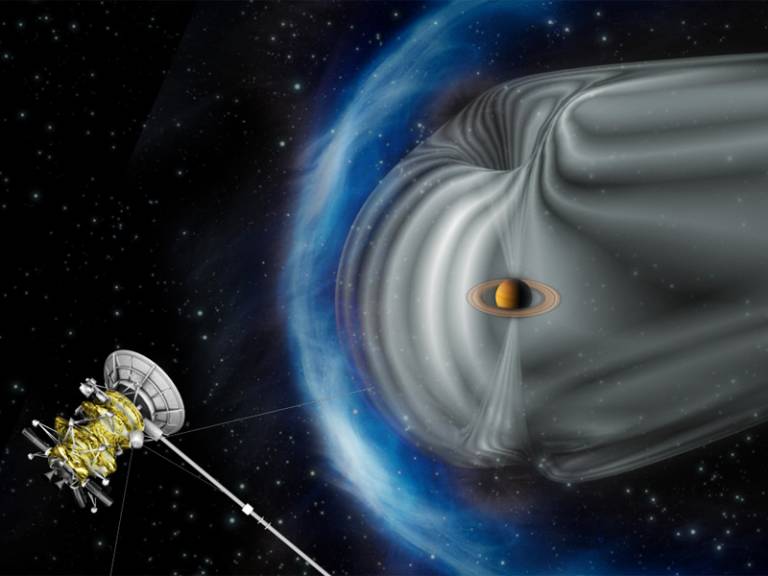 On Earth, the collisions which create aurora are only seen on the boundary between Earth's magnetic field and the magnetic field in interplanetary space. On Saturn, however, this process can occur well within the planet's magnetic field, finds the new Nature Astronomy study.

The research suggests that magnetic reconnection may be additionally driven by a completely different process for large, fast-rotating planets like Saturn.

Magnetic fields affect charged particles in the planet's environment, or magnetosphere. As particles from Saturn and its moons interact with the flow of particles coming from the Sun, the planet's magnetic field lines can temporarily break, connecting instead with those from the incoming magnetic field, which changes their direction and releases an enormous amount of energy.

Magnetic reconnection triggers the beautiful spectacles of polar aurora, but on Earth it can also disrupt GPS signals and damage satellites or electrical grids.

"We previously believed that other planets would follow a similar pattern, so we were surprised to find that on Saturn, magnetic reconnection can happen not only on the Sun-facing side, but well inside the magnetosphere. This suggests there's a different process at play," said Professor Andrew Coates (UCL Mullard Space Science Laboratory), a co-investigator of the Cassini-CAPS electron spectrometer used in the study.

Saturn's magnetosphere differs from the Earth partly due to the ringed planet's more rapid rotation. It also interacts with the planet's moon and rings and has a different chemical composition that includes water vapour and ice grains ejected from volcanoes on Enceladus, one of its moons.

The researchers used data collected in 2008 by the Cassini probe while it orbited Saturn. They combined data from the Cassini-MAG magnetometer, to detect the change in direction of the magnetic field, with output from the Cassini-CAPS instrument, which measured plasma particles and their acceleration caused by the magnetic reconnection. Together, these methods observed both the directional change and subsequent particle acceleration needed to identify reconnection.

"This is not easy to measure because the region where the reconnection occurs is very small and the instrument needs to be pointed exactly in this direction. You have to be very lucky," said lead author Dr Zhonghua Yao (University of Liège, Belgium).

"I think that what fascinates me most is how similar physics can be seen in different planetary environments than our own, but are driven by totally different processes. We can learn a lot from studying reconnection across the Solar System," said co-author Dr Jonathan Rae (UCL Mullard Space Science Laboratory).

The scientists hope to continue finding similar events in the treasure trove of data generated by Cassini, which concluded its mission last September with a plunge into Saturn's atmosphere, having studied the planet for 13 years.

"So far we have only scratched the surface of what we can find with the CAPS instrument. Now we can look back through the data and see whether there are other examples. We have a very rich data set that will keep us busy for years," said Professor Coates.

"Jupiter also has a very rapidly rotating magnetosphere, and sulphur from its volcanic moon Io, so the JUICE mission might eventually be able to measure this new type of magnetic reconnection on the dayside magnetodisc as well, when it gets there in 2030," said Professor Coates, who is also co-investigator on the JUICE PEP instrument.

Co-author Dr William Dunn (UCL Mullard Space Science Laboratory) said: "This finding is a game-changer in our understanding of gas giant magnetic environments. For years, we have been trying to explain stunning auroral flares in Jupiter's Northern and Southern lights, and this discovery might provide the answer. We hope further work will determine to what extent they are connected, and missions like JUICE and NASA's Juno mission should help us understand, and tell us whether this type of reconnection universal for rapidly-rotating magnetic bodies across the cosmos." 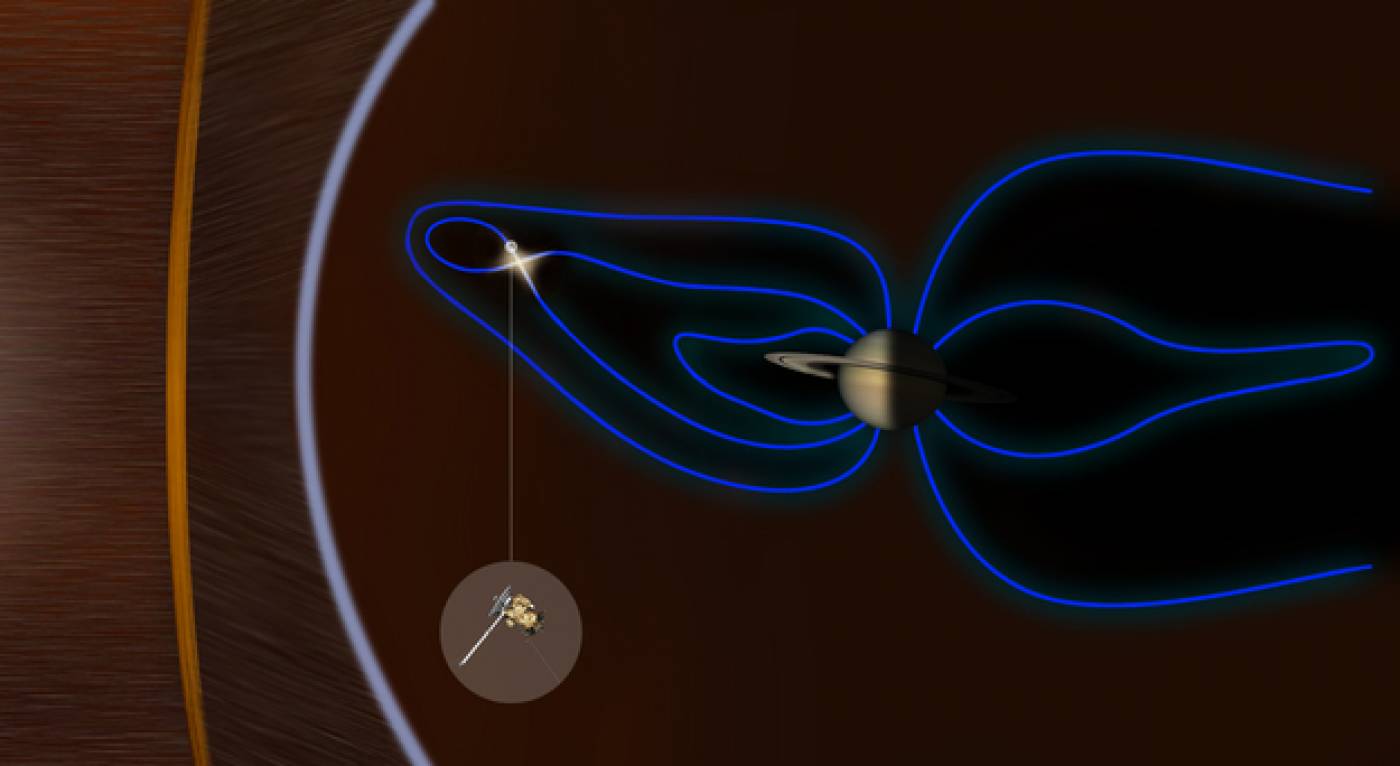 Dr Nicolas Altobelli, ESA Cassini project scientist, added: "After all these years of analysis of Cassini data from Saturn, we will arrive at Jupiter with a much better understanding of what we should be looking for."