Many congratulations to the Brain Sciences staff and student reps who have recently been recognised at the UCL Education Awards. 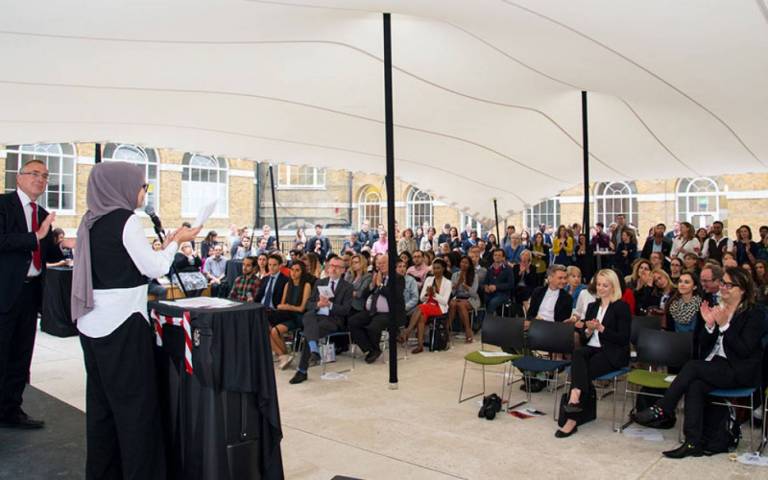 The UCL Education Awards recognise and reward outstanding contributions to the learning experience and success of our students.

According to UCL Teaching and Learning, the UCL Education Awards recognise the work of colleagues that is less visible to students, work that has enabled excellent practice or facilitated innovation in teaching and learning.

As well as recognising the work of postgraduate students who teach, individual colleagues and teams can be nominated.  Any member of staff can nominate an individual staff member or team for these awards.

Staff nominated for Education Awards from the Faculty of Brain Sciences were;

Dr Rees was one of the winners announced at the ceremony. The panel said:

"Rachel has been awarded for her consistent display of leadership and innovation.  Described as an "inspirational leader of students and staff, innovator of educational practice, with a real passion for quality in education.

"Rachel has an exemplary track record of outstanding educational leadership of both staff and students, together with innovations in education that show impacted not only at course level, but across UCL and, increasingly, nationally."

A total of 173 UCL Arena Fellowships were awarded this year. PhD student Lucy Handscomb from UCL Ear Institute was one of three colleagues who spoke at the ceremony about the Fellowships.

Student Verlina Huang (PALS) won the Faculty of Brain Sciences Academic Rep of the Year Award. She was awarded for her efforts in alleviating the effects on students of the industrial action taken earlier this year, including negotiating deadline extensions, and the removal of missed content from exams.

Two Brain Sciences staff members were also nominated for Student Choice Awards, which are voted for directly by students:

Congratulations to all nominees and winners; it is fantastic to see Faculty education get well-deserved recognition.