Thinner retinas in the human eye are a clear sign a person is at significant and increased risk of future mental decline, a UCL-led study has concluded. 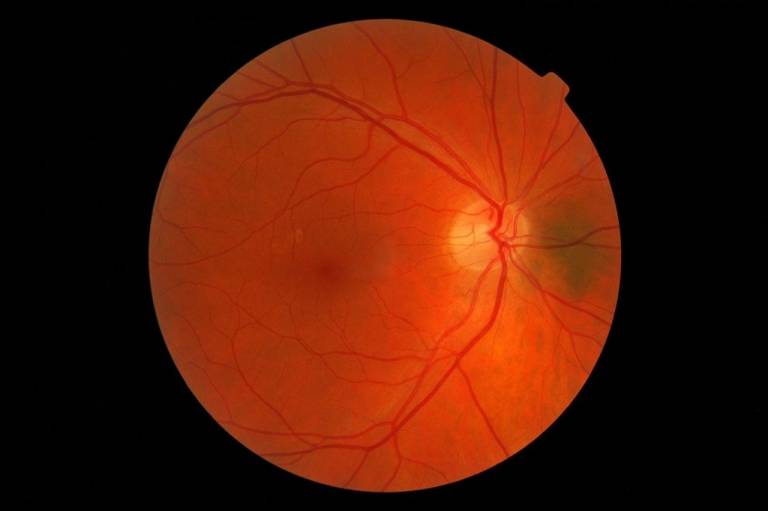 Researchers say this breakthrough study, suggests regular eye tests could help identify those likely to get dementia at a much earlier stage, which means suitable treatments could be prescribed at a more effective time to slow or stop the onset of dementia at early stages of the disease.

In the largest longitudinal study of its kind, researchers at the UCL Institute of Ophthalmology and Moorfields Eye Hospital, assessed UK Biobank data, from 32,000 anonymised individuals, aged between 40 and 69.

The selected participants had undergone optical coherence tomography (OCT), which precisely measures retinal anatomy, in particular, the retinal nerve fibre layer (RNFL), at baseline - between the years 2006-2010. At the same time, participants had also undergone a series of basic cognitive tests which assessed memory, reaction time and reasoning. The OCT and cognitive tests were then repeated in a subset of participants approximately three years after baseline in 2013.

In assessing the data, researchers found a significant association between RNFL thickness and cognitive function at baseline. People in the lowest two quintiles of RNFL thickness were around double the risk of having mild cognitive problems, when examined. Furthermore those people with thinner RNFL were twice as likely to suffer cognitive decline over the next three years. These findings were recently published in the peer reviewed JAMA neurology.

"It is well known there are significant degenerative changes in the retina and optic nerves in established dementia," he said.

"In carrying out this study our primary motivation was to determine if the RNFL and cognition relationship held true in the very earliest stages of cognitive decline.

"Our findings undoubtedly suggest that the retinal abnormalities, identifiable in established dementia, begin to manifest in the early stages of cognitive decline."

Between 2002 and 2012, 99% of clinical trials into treatments for Alzheimer's disease failed.

"It is likely that treatments will be more effective in slowing or stopping further at onset of dementia at earlier stages of the disease," Prof Foster added.

"Also, by targeting people in the earlier stages, it should be possible to design better clinical trials for treatments that make a real difference and improve people's lives.

"We believe optical coherence tomography measures of the retina will help identify those at highest risk of very early cognitive changes. This will, in turn, help to develop better clinical trials, and pull through new treatments more rapidly to patients."

UCL Institute of Ophthalmology will now research the relationship between all layers of the retina, and cognitive function, and whether other eye or vision characteristics may be similarly related to cognitive decline.

The collection of eye and vision data on UK Biobank was funded by The National Institute for Health Research (NIHR) Biomedical Research Centre at Moorfields Eye Hospital NHS Foundation Trust and UCL Institute of Ophthalmology. Supplementary funding was provided by The International Glaucoma Association.