This week the spotlight is on Pat Dunne, Electrical Supervisor, UCL Estates. 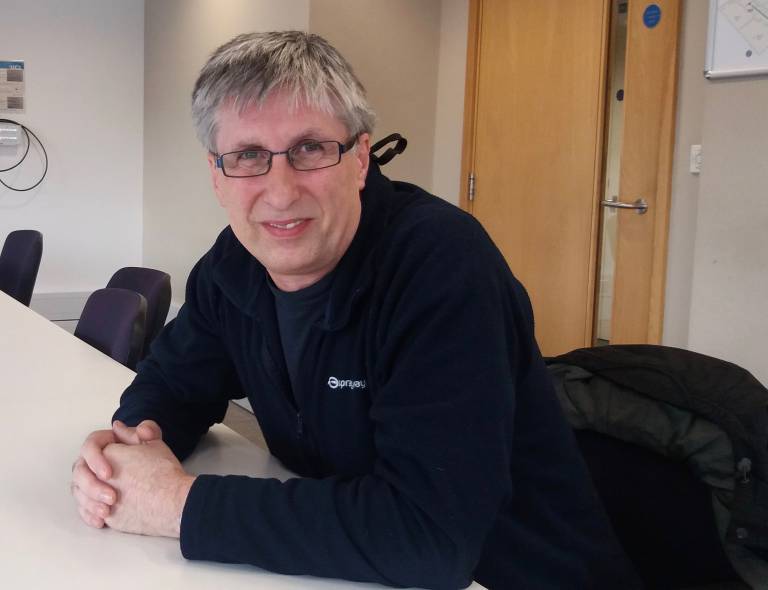 22 years - before that I worked in the electrical contracting industry.

Updating our lighting to LED - apart from the green aspect, I am keen to remove the old sodium outside lights, which causes a lot of light pollution. So that should please all you astronomers out there.

Album -Dark side of the moon - Pink Floyd

What is your favourite joke (pre-watershed)

"I've just been on a once-in-a-lifetime holiday. I'll tell you what, never again."

Jimi Hendrix, Sarah Bernhardt, David Gilmour, Dylan Thomas and Oscar Wilde - not sure what to cook, though I'm sure I will need to order extra booze!!!

Buy shares in Google, Apple and Amazon and do not invest the profits with Barings bank.

I used to run two websites. One was an encyclopaedia and the other was a pub guide. We nearly amalgamated with Fancyapint many years ago.

The Beara Peninsula in the South West coast of Ireland. It's Ireland's hidden gem part of the wild Atlantic way.