Racism linked to uptake of smoking in young people

Adolescents who have experienced some form of racism between the ages of 11 and 23 are more likely to take up smoking than those who have not, according to a new study led by King's College London involving UCL. 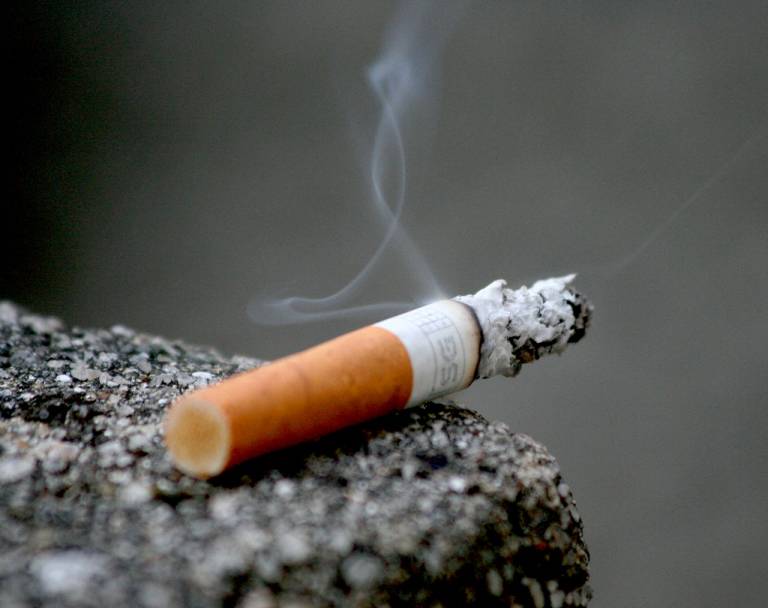 Information about smoking and experiences of racism was collected from over 6500 pupils at 51 London schools. Surveys were completed when pupils were aged 11-13 and then again with 4785 of the pupils at age 14-16. Over 600 participants were then followed up aged 21-23 as part of a pilot study and 42 undertook qualitative interviews.

The team, working in collaboration with researchers at UCL and the MRC Social and Public Health Sciences Unit at the University of Glasgow, discovered that the young people they studied were around 80 per cent more likely to have smoked if they also indicated that they had experienced some form of racism. The findings support theories from previous studies that have suggested racism can trigger a stress response that results in risky health behaviours, such as smoking.

Whilst the study cannot show any causation, the links suggested by the quantitative analysis were supported by the outcomes of the qualitative interviews. These interviews highlighted persistent exposure to racism from an early age and the positive impact of parental and religious support. This appeared to help participants find different coping strategies and nurture self-esteem.

Commenting on the findings, lead author, Dr Ursula Read, said: 'As well as analysing the DASH data, our study looked at the qualitative detail of participant experiences of racism, relationships and religion. The findings overall highlight the role of racism as an important social determinant of health.

'This integrated analysis also supports theories that racism can trigger a stress response that could lead to smoking as a type of coping strategy. Public health organisations should consider carefully the impact of discrimination and disadvantage on these kinds of risky health behaviours.'

These findings are specific to the London-based study although the large, diverse sample studied means the results may be generalisable to other urban settings in the UK and elsewhere.

Professor Seeromanie Harding, Principal Investigator of the DASH study, said: 'Despite recent decreases in smoking in the UK, the Office for National Statistics has said that 58 per cent of heavy smokers report having started smoking regularly before the age of 16.

'Our findings have public health implications for improving community interventions and finding new ways to support and encourage people not to take up smoking at a young age. An important point here is that racism affects both physical and mental health outcomes. Addressing racism is an important public health priority for young people.'

Alexis Karamanos (UCL Epidemiology & Public Health) added: "In general this study provides further evidence on how ''life gets under our skins" by acknowledging racism as a key determinant of health for children and young people. But on the other hand, it reveals that a supportive family and a network of religious friends may provide an escape route from the adverse effects of racism."