The Leverhulme Trust has recognised the excellence of UCL's research, funding a doctoral training programme as well as making 15 awards to academics to further their work in a wide range of fields including the study of the genes in yeast, chemistry and English literature. 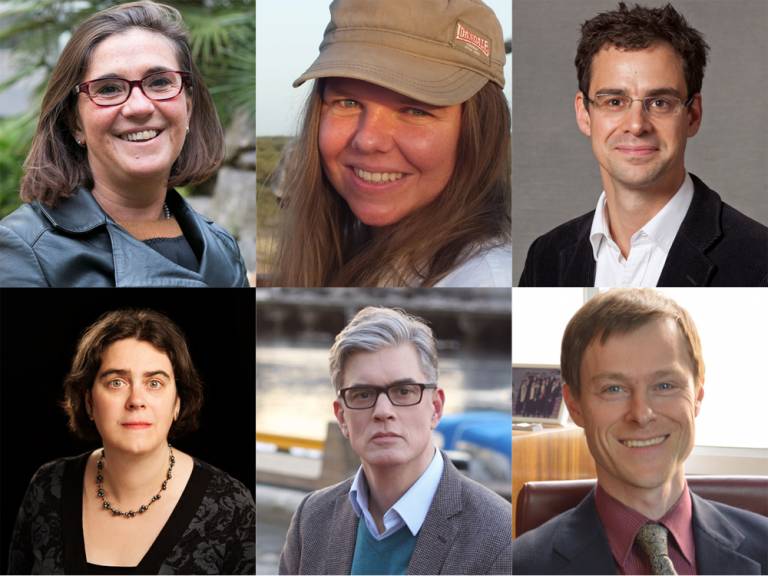 The study's cross-disciplinary approach will see researchers from Social & Historical Sciences, Brain Sciences, Bartlett School of Architecture, Engineering and the Institute of Education work together to explore the ecological niche in which the brain has evolved.

This is the first time UCL has been awarded Doctoral Training funding from the Leverhulme Trust.

The Trust awarded UCL nine research grants totalling nearly £2 million. Research project grants may be held for up to five years. The maximum grant value is £500,000.

Researchers from UCL Anthropology and UCL Laws received Philip Leverhulme Prizes. The prizes, each worth £100,000, are awarded annually by The Leverhulme Trust across a range of disciplines. They recognise "the achievement of outstanding researchers whose work has already attracted international recognition and whose future career is exceptionally promising".  Just 30 researchers from universities across the UK receive the award each year.

The prizes were given to:

Dr Migliano's academic interests focus on the evolution of human adaptation as well as evolutionary theory as applied to the origins of human diversity, gene-culture co-evolution, as well as adaptations of hunter-gatherers and small scale societies.

Major Research Fellowships were awarded to:

Professor Dart's research, both current and prospective, is centrally concerned with Romanticism, the City, and the history and development of the essay form from Montaigne to the modern period. At present, as part of his current project 'Charles Lamb and Romanticism', he is editing three volumes of the complete works of Charles and Mary Lamb for Oxford University Press.

The fellowships provide replacement teaching costs over two or three years, to allow academics in the humanities and social sciences to focus on a specific piece of original research.

"These awards highlight the excellence of UCL researchers across our disciplines. We are grateful for the recognition of the quality of these 15 recipients' work by the Leverhulme Trust, which was fittingly honoured last year as a member of the new UCL Circle of Benefactors, celebrating donors who have given £1m or more to UCL. The trust, and all our other donors, play a key role in supporting leading-edge research at UCL," said Professor David Price, UCL Vice-Provost (Research).

Leverhulme Research Grants were awarded to:

· Dr Eleanore Hargeaves (UCL Institute of Education): A Longitudinal Study of Primary Children's Journey to the 'Bottom' of the Class

· Dr Vijay Chudasama (UCL Chemistry): Understanding How the Microenvironment of a Protein Can Dictate the Course of Bioconjugation