Israeli writer Hen Mazzig returned to speak at UCL this week, hailing the decision to invite him back as a "brave and honourable" commitment by the university to freedom of speech. 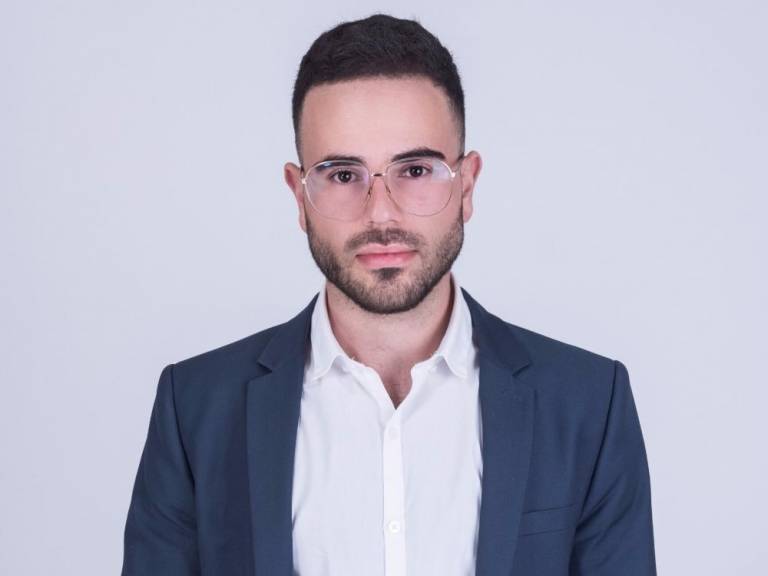 As about 60 people protested outside the UCL venue in Tottenham Court Road, Mr Mazzig told the audience that he would have preferred an open public meeting but understood the need for security to ensure the event went ahead safely.

His last visit to UCL in October 2016 was seriously disrupted, prompting an investigation by the university which recommended improvements in UCL's management of events that have since been acted upon.

The investigation report was accompanied by a pledge by UCL President and Provost Professor Michael Arthur to invite back Mr Mazzig, 28, a former humanitarian officer in the Israeli Defence Force (IDF), as a demonstration of the university's commitment to freedom of speech.

His return at Thursday evening's event passed off peacefully as supporters of Friends of Palestine protested over the decision.

The Friends of Israel (FOI) Society had also earlier criticised UCL for excluding members of other universities' FOI societies who had been caught up in the previous event's disruption by making it a UCL-only ticketed event.

At the close of the meeting, Mr Mazzig, who had endorsed the FOI's complaints, acknowledged that people would always be critical of the way it was organised but added: "I think it's very brave and honourable [of UCL]. I would be happy to come back again."

Professor Arthur said that after the previous incident, security was paramount and he had been advised that an all-ticket, UCL staff and student-only event was necessary to ensure it passed off safely.

"If we had had a further incident this time round, it would have been very damaging for UCL and very damaging to the UK in terms of maintaining freedom of speech within the law," he told the audience.

"I don't chair many meetings like this. I wanted to chair it myself to show that we take [free speech] very seriously," he added, noting that Mr Mazzig was holding other public events while in Britain where people would be able to attend.

Earlier, Mr Mazzig said that although he understood the security issues, he believed that "if you want to celebrate freedom of speech, you can't hide in a basement…and say we just did it. There's a more symbolic effect by opening it up to the public."

However, he also agreed there should be limits on speakers allowed onto campuses. "Some people should not be allowed to speak like people who call for violence or people with Nazi links or people calling for violence against Palestinians," he said.

In his talk, he took the audience through his life, from his family's arrival in Israeli as refugees from persecution, to his first experience of a terror attack on Israeli soil when he was a young boy.

"I was walking to a shop and there was a terror attack. There were three steps before I got inside and the place blows up. I remember people screaming and crying and the ambulances blaring. I remember a terrible smell in the air," he said.

"I remember getting back home and my mother hugging me and crying, saying: 'You are alive, you are alive.' It was a pivotal moment. This was the reason why I wanted to do something to end this conflict."

While his teenage friends signed up for combat units in the Israeli army, he joined the IDF's Cogat unit (Co-ordinator of Government Activities in the Territories) where his main role was to provide humanitarian aid to the Palestinians in the West Bank. He stayed five years, two years beyond the normal three years' national service.

He said he could not understand why he, a supporter of a Palestinian state who believed in peace and a campaigner for LGBTQ rights, should be targeted by protesters on campus, including a flier branding him a war criminal. He said he had never killed or hurt anyone, except once hitting his brother ("but he deserved it").

Asked in the final question of the evening by Professor Arthur whether he had contemplated a career in politics he admitted: "I have thought about it." "I support a Palestinian state and I would love there to be a two-state solution," he said.

UCL code on freedom of speech

UCL code of conduct for students