Colour and Emotion exhibition explores colour as a visual language

A new interdisciplinary art exhibition has launched at University College Hospital (UCH) that explores the potential for colour as a visual language used to express emotion and features contributions from people with aphasia. 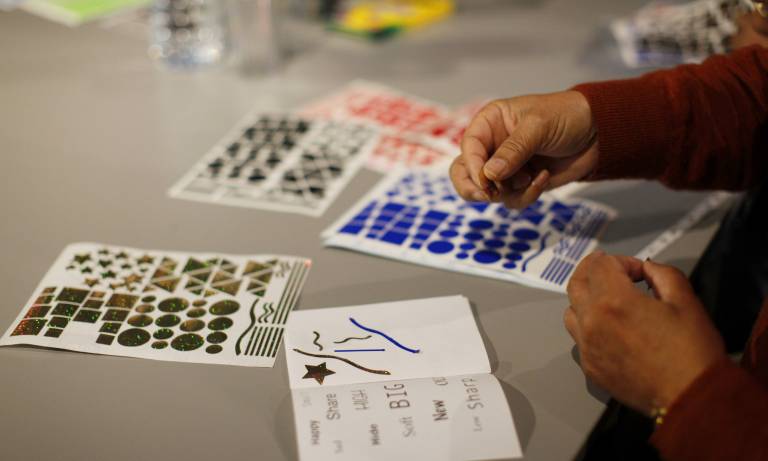 'Colour & Emotion' is an exhibition of visual artwork at UCH's Street Gallery. It is one of the outcomes of an interdisciplinary and collaborative research project related to colour and emotion, 'Measuring Wellbeing Creatively,' which is funded by a UCL Grand Challenges: Human Wellbeing Award.

The team collaborated with volunteers who have acquired aphasia - an impairment which affects the ability to understand or produce language - after stroke. The team also includes a range of artists and a human geographer. 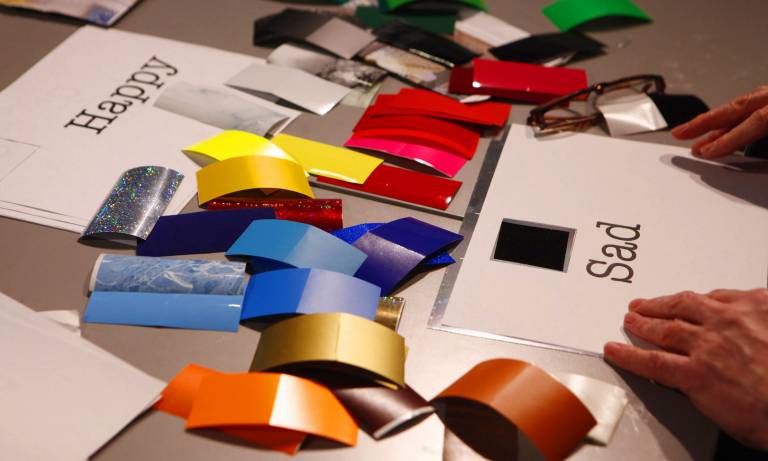 The broad aim of the project was to investigate the potential for colour to be used to establish a non-verbal approach to measuring human wellbeing: existing measures are typically language-based questionnaires or interviews and are thus not always accessible to people with communication difficulties.

In a series of co-production workshops, the project team and volunteers explored how colour can create a visual language for expressing feelings and emotions. As a result, they designed a Colour & Emotion Toolkit and produced 5 prototypes. Accompanying the toolkit is a publication, the 'Colour & Emotion Manual', which provides instructions for its use.

The Colour & Emotion exhibition showcases the toolkit and research conducted during the workshops, and includes a number of works by the artists who contributed to the workshop.

The people with aphasia who participated in the workshops are all members of the Department of Language and Cognition's research volunteer register. Several of them have attended the UCL Communication Clinic where they work with students who are undertaking a professional qualification in speech and language therapy.

Their role in the design of the toolkit demonstrates their competence despite, in some cases, severe difficulties expressing themselves through language.

Dr Dean commented: "I became involved in the project after meeting Dr Morse at another UCL Grand Challenges: Human Wellbeing event. It's an example of the interesting things that can emerge when there are catalysts to interdisciplinary working." 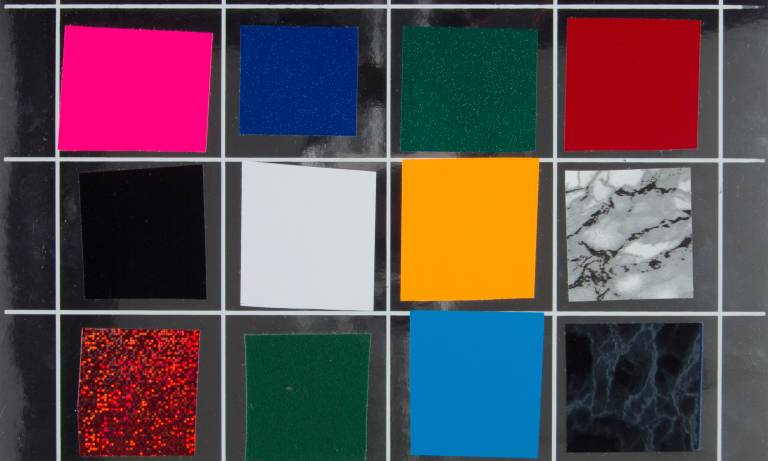 The Colour & Emotion exhibition runs at the Street Gallery from 12th January to 21st February 2018.