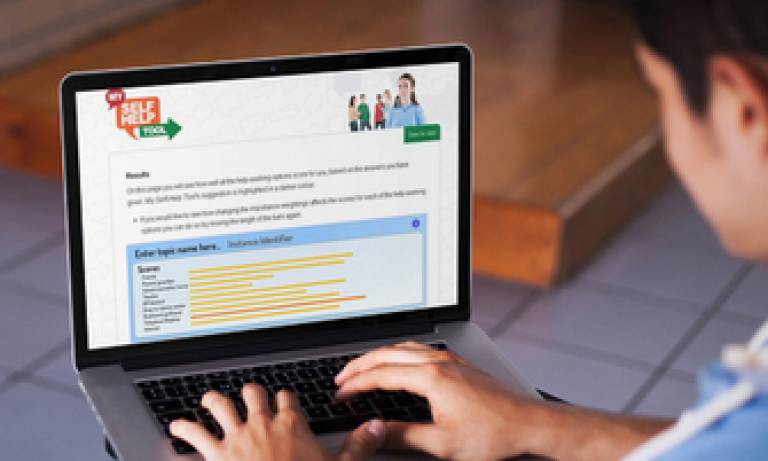 A decision aid is a tool to assist people to make decisions. It identifies options available, and the attributes associated with these options, and clarifies the user's personal values and preferences. Decision aids have typically been used for adults in mental health research, with little research investigating how they could be used by young people.

Self-harm affects around 1 in 10 young people; a history of self-harm is the strongest predictor of suicide. Many young people who self-harm do not know where to seek help.

With the input of young people and clinicians, the researchers designed and developed a web-based personalised decision aid to support young people in making decisions to seek help if they self-harm.

The decision aid, called "My Self-Help Tool," was used by young people who self-harm to find out different options for seeking help (such as family, GP, or telephone helpline).

The users were also asked to identify attributes that were important to them if they were seeking help, such as confidentiality or concerns about seeming attention-seeking. They then indicated the degree of importance they attached to these attributes according the options they had chosen.

A personalized rating and ranking of the help-seeking options was then presented to them based on the information they had submitted.

Participants in the pilot study's control group were presented with information from the ChildLine website on feelings and emotions, which did not involve support in making decisions. 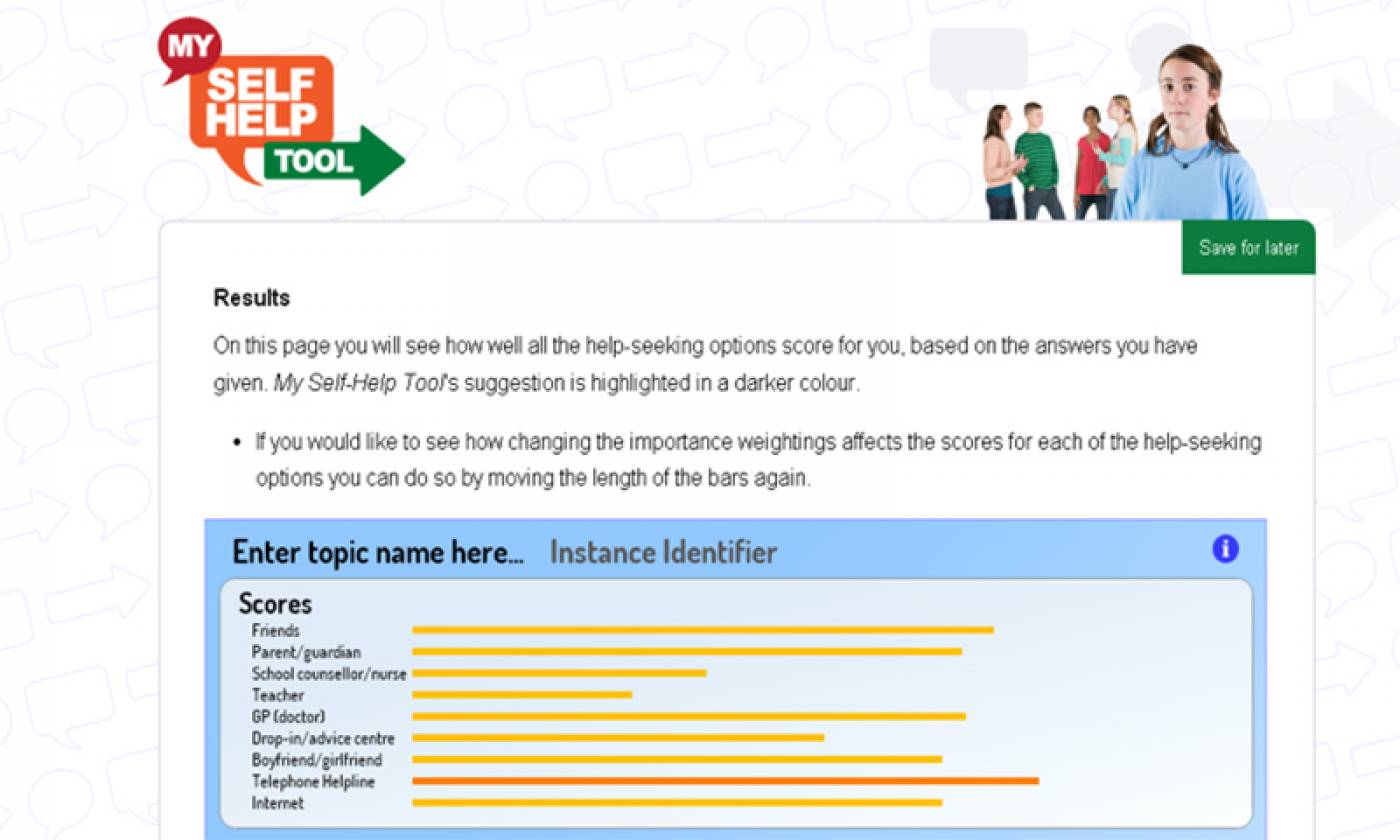 The results of the pilot study found that young people found it easy and acceptable to use the decision aid and would recommend it to others that were self-harming. The decision aid helped the young people identify new sources of support that they didn't know about or had never considered before.

However, further interviews with participants showed mixed results as to whether they  would follow the help-seeking recommendations that the decision aid gave.

Parental consent was also a barrier to the trial as only around 18% of parents or guardians that were contacted responded to give consent for their child to participate. According to Dr Rowe, this raises questions about whether young people should be able to consent to studies themselves - particularly where the topic of the study is sensitive, and young people may be unwilling to disclose certain behaviours in case their parents found out.

Overall, the study's authors conclude further research should investigate the development of decision aids to help young people make decisions and should take into account potential differences in decision-making between adolescents and adults. The decision aid model has potential to be used for other broader issues surrounding mental health in young adults, including depression and anxiety.