This week, the spotlight is on Matthew Seren Smith, Learning Technologist for UCL Engineering and Founder of Fantasy Frontbench. 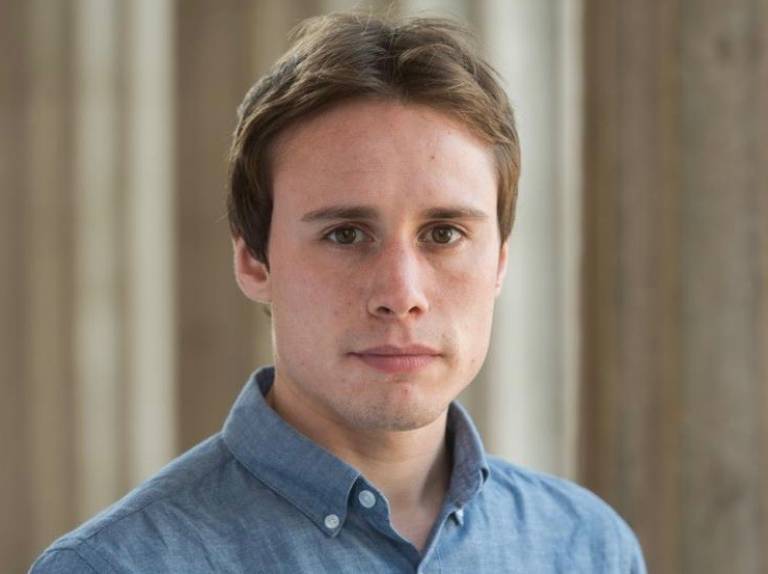 I am currently the Learning Technologist for the Faculty of Engineering. Broadly speaking I advise academics and students on the use of technology for teaching and learning. This can be anything from investigating the application of virtual reality to working with a teaching group to design an online course.

I first joined in April 2014 so am now approaching four years at UCL. Before working in the Faculty of Engineering, I worked as the Learning Technologist for the UCL School of Management. Before that, I fulfilled a similar role at a secondary school in rural North Yorkshire (where I hail from), which was incidentally the same school that I had attended as a student. Needless to say advising my old teachers on teaching techniques proved a little odd at times!

A couple of months after I started in the UCL School of Management, I began working with an academic there, Dr. Sarah Warnes. Together we introduced scenario-based learning and 'flipped classroom' approaches onto her courses. The method we have developed for flipped learning, which we term 'active flipped learning', has led to us to run workshops at a variety of educational institutions, as well as make a number of conference appearances. We are in the process of developing a practical toolkit to further share our findings.

Outside of work I run the non-profit digital democracy organisation Fantasy Frontbench, the core aim of which is to make political information more engaging and accessible to the general public, particularly young people. A twist on the fantasy football concept, users compare politicians on the issues that matter most to them and choose those they feel best represent these for their Fantasy Frontbench. They then have the option to share and debate their selection via social media.

We have recently partnered the project with UCL Public Policy and and the centrepiece of the launch will be a debate on UK climate change policy, chaired by UCL's Dr. Helen Czerski and featuring UCL Geography's Prof. Mark Maslin, along with Natalie Bennett, former leader of the Green Party, political comedian Ahir Shah and Dr. Emily Shuckburgh of the British Antarctic Survey.

I find this an impossible question at the best of times! For favourite album, most days I would probably answer Songs of Leonard Cohen, or The Wild, the Innocent & the E Street Shuffle (Bruce Springsteen), today though I think I'll go for Forever Changes by Love. For my 16th birthday (and only my second ever gig!) I had the privilege to see Arthur Lee perform it in its entirety with my dad in York. The fragile mix of hope and cynicism on this record makes it feel as relevant today as I imagine it ever did. For the other two, I'll refrain from rule-bending and give a single answer… 12 Angry Men, and A Tale of Two Cities.

I met a notorious dictator the other day. He was a really nice guy… or at least that's what he told me to say.

The hungry and the lonely.

Recognise the value of failure.

I live on a houseboat, a widebeam ex-working boat situated on the Grand Union Canal. And to anticipate the question most people generally ask, no, it is not cold (we have a domestic oil-fired combi boiler and radiators). I won't go on to provide the answer to the next question people generally ask!

Continuing the theme of my last answer… the small stretch of towpath on which we are moored. In the mornings, it teems with wildlife of all kinds and the air is thick with birdsong (I often feel as though I am stepping out into a Disney film). In the evenings, you are greeted by the smell of charred wood while the moonlight reveals the mist on the canal.