A UCL-led team has developed a cognitive test to detect subtle memory deficits years before Alzheimer's disease symptoms develop, set out in a new paper published in The Lancet Neurology. 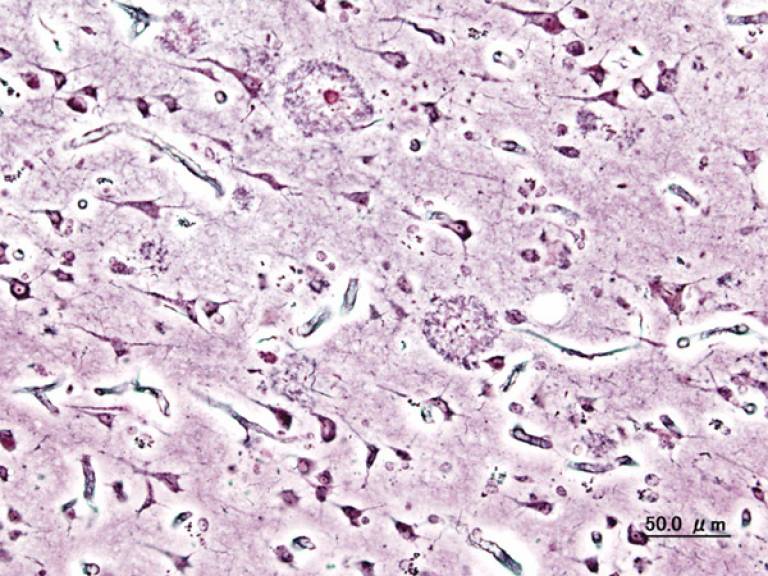 The study involved 21 people who carry the mutation for early onset Alzheimer's disease who have not shown any symptoms based on standard cognitive tests, alongside 14 controls. On average the study participants were seven years away from predicted onset of symptomatic disease.

The participants underwent a memory test with 30-minute recall, and were then checked seven days later to see if they still remembered. The authors found that people who were closest to the expected onset of symptoms could remember things after 30 minutes but then had forgotten things after seven days.

The researchers say their findings demonstrate that memory formation wasn't the issue, so typical tests wouldn't identify any problems.

"It's really a case of accelerated forgetting. Many people have a feeling that something is going wrong with their memory, but when they take the current test, it doesn't show anything - 30 minutes isn't really enough time. The people who carried the mutation and are at an early stage of the disease did no worse at 30 minutes but at seven days they were quite a lot worse. The difference was really quite remarkable," senior author Professor Nick Fox (UCL Dementia Research Centre, UCL Institute of Neurology), told The Telegraph.

The researchers found a correlation between long-term forgetting and subjective memory complaints. They say this could be the earliest test to detect changes in someone's cognition that lead to Alzheimer's disease.

The study's first author, Dr Philip Weston (UCL Dementia Research Centre), said: "The study would appear to significantly advance our knowledge of the earliest cognitive changes in Alzheimer's, and offers a new useful approach to testing people both in drug trials and in the clinic."

They say their study advances the scientific understanding of how exactly memory losses begin, as the researchers say this kind of long-term forgetting seems to start quite early.

While the study was only done in people who carry the mutation for autosomal dominant Alzheimer's disease, alongside healthy controls, the researchers are hopeful that their findings would also be relevant to later-onset (sporadic) Alzheimer's disease, as the disease progression is understood to be very similar. The early test could help identify people for early clinical trials, in addition to helping monitor whether a treatment is working.