The face of 'Cheddar Man', Britain's oldest nearly complete skeleton at 10,000 years old, is revealed for the first time and with unprecedented accuracy by UCL and Natural History Museum researchers. 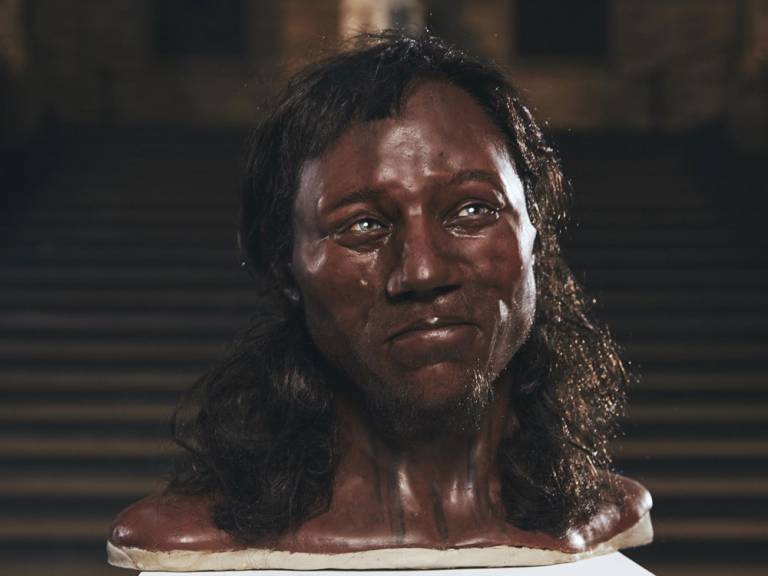 The discovery suggests that the lighter pigmentation now considered to be a defining feature of northern Europe is a far more recent phenomenon.

The pioneering work was carried out by a team of UCL scientists, Natural History Museum Human Evolution and DNA specialists, and the world's foremost prehistoric model makers, for a new Channel 4 documentary, First Brit: Secrets of the 10,000 Year Old Man.

In one of their most challenging human DNA projects to date - no British individual this old has ever had their genome sequenced - the Natural History Museum's ancient DNA lab's Professor Ian Barnes and Dr Selina Brace carried out the first ever full reading of Cheddar Man's DNA.

"Cheddar Man's genetic profile places him with several other Mesolithic-era Europeans from Spain, Hungary and Luxembourg whose DNA has already been analysed. These 'Western Hunter-Gatherer's' migrated into Europe at the end of the last ice age and the group included Cheddar Man's ancestors," explained Professor Thomas.

Today, around 10% of indigenous British ancestry can be linked to that population.

Cheddar Man was unearthed in 1903 in Gough's Cave at Cheddar Gorge, Somerset, and has been the topic of constant mystery and intrigue.

For over 100 years, scientists have tried to reveal his story, posing theories as to what he looked like, where he came from and what he can tell us about our earliest ancestors.

Only now with world-leading research, cutting-edge DNA and facial reconstruction can we see for the first time the face of this 10,000 year old man, and ask how 300 generations later he relates to us today. 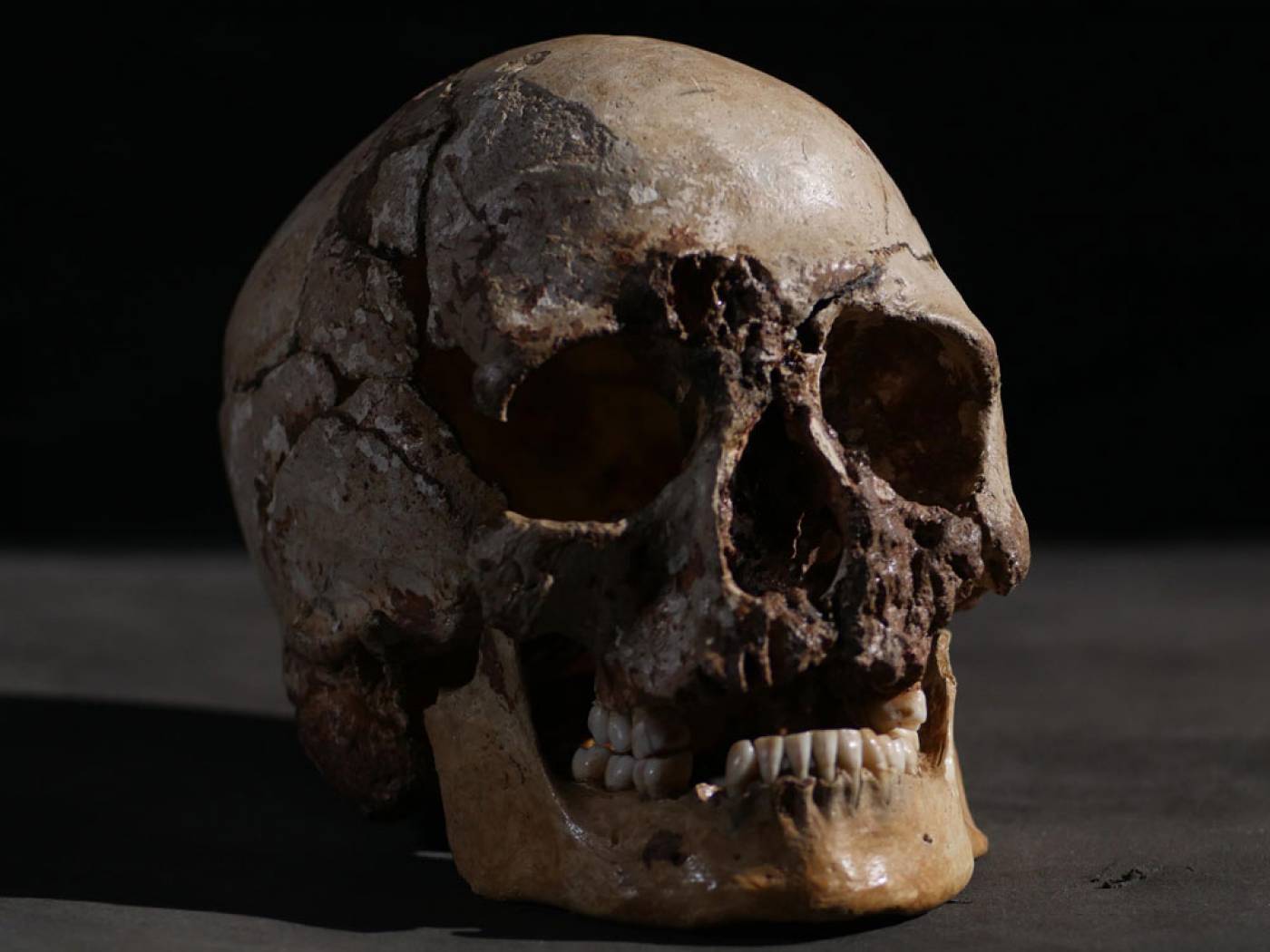 To collect a few milligrams of his bone powder for analysis, scientists in the Natural History Museum's ancient DNA lab drilled a tiny, 2mm wide hole into the ancient skull. As the DNA was unusually well-preserved, possibly due to the cool, stable conditions in the limestone cave, the team extracted sufficient genetic information to inform the facial reconstruction, as well as other genetic characteristics.

Model makers, Adrie and Alfons Kennis, used a hi-tech scanner to render Cheddar Man's skull in full three-dimensional detail, fleshing it out with facial features based on the results of the scientific research.

Prof Chris Stringer, Research Leader in Human Origins at the Natural History Museum, first excavated at Gough's Cave 30 years ago, said: "I first studied 'Cheddar Man' more than 40 years ago, but could never have believed that we would one day have his whole genome - the oldest British one to date! To go beyond what the bones tell us and get a scientifically-based picture of what he actually looked like is a remarkable (and from the results quite surprising!) achievement."