Citrus fruit was being cultivated in India in the Late Neolithic period and in southern Thailand in the Iron Age, according to new findings by archaeologists at UCL and Peking University, Beijing. 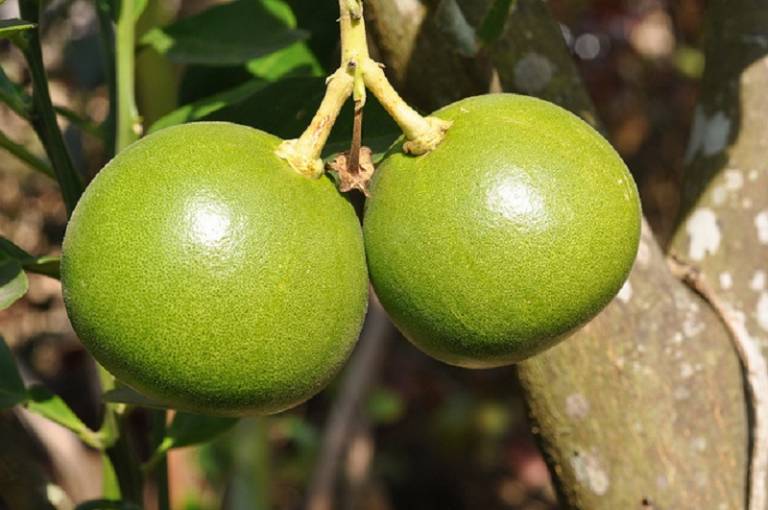 Citrus fruit are widespread and well known nearly everywhere today, but very little is known about how they were domesticated and diversified.

Researchers now believe that a new approach involving the analysis of charred citrus fruit peel or 'charred rind' will offer a new window into understanding the origins of citrus fruit cultivation. Archaeologists came across these discoveries by chance when analysing soil samples from India (c.1400 to 100 BC) and southern Thailand (c. 400 - 1BC), for an archaeological project on agriculture and rice cultivation.

"Primarily we looked at soil samples to understand agriculture and rice cultivation as it is a staple food, but people didn't just eat rice. We floated thousands of litres of soil to find remains of charred rind, and the significance is that we now have hard empirical evidence for citrus fruit being used prehistory," said Professor Dorian Fuller (UCL Institute of Archaeology).

Academics believe that this new approach of examining charred rind remains, will pave the way for understanding more about the origins of citrus fruit.

Historically archaeologists' records for citrus fruit have been limited, as seeds and pollen - the usual method for gaining insight into the origins of fruit cultivation - are rarely recovered from archaeological sites.  Citrus fruit is now being identified in archaeological samples taken from Southeast Asia on the basis of small charred fragments of citrus rind or peel.

The researchers use what is called a 'flotation method'; a field technique used to recover tiny artifacts and plant remains recovered from soil samples taken at archaeology sites. Archaeologists process the excavated soil by mixing it with water to allow charred fragments to float. These small fragments are then returned to the laboratory for study with microscopes.

The study also takes into account a vast amount of historical written accounts, which refer to the early origins of citrus fruits across Southeast Asia, India and China. Written texts provide quirky insights into the domestication of citrus fruit, such as the appointment of a Minister of Oranges, highlighting the significance of orange exports in the early Chinese empire.

"Through archaebotany we can fix a time and place to when citrus fruit was domesticated. The earliest cultivated citrus trees that have been identified sit along the Indian peninsula, far away from the Himalayas where wild citrus fruit originated," said Professor Fuller (Institute of Archaeology).

"This tells us that through trade and human contact fruit trees moved to more established areas of India, providing a source of new cultural biodiversity into more populated parts of India," added Professor Fuller.

To date, poor fossil records have provided the earliest evidence of wild citrus fruit in tropical southwest China dating back to the Miocene period. Archaeologists at UCL and Peking University hope that a reconciliation of genomics and archaeology will provide a new horizon for understanding the domestication of citrus fruit.

Research on domestication was funded by a European Research Council advanced investigator grant on 'Comparative Pathways to Agriculture'. Archaebotanical sampling and laboratory work on samples from Thailand and India were carried out as part of the Early Rice Project supported by grants from the Natural Environment Research Council.