Earliest discovery of clove and pepper from ancient south Asia

A team of archaeologists from UCL have discovered the first empirical evidence of cloves and black pepper to have been found in Sri Lanka, suggesting that exotic spice trade in the region dates back to as early as 600 AD. 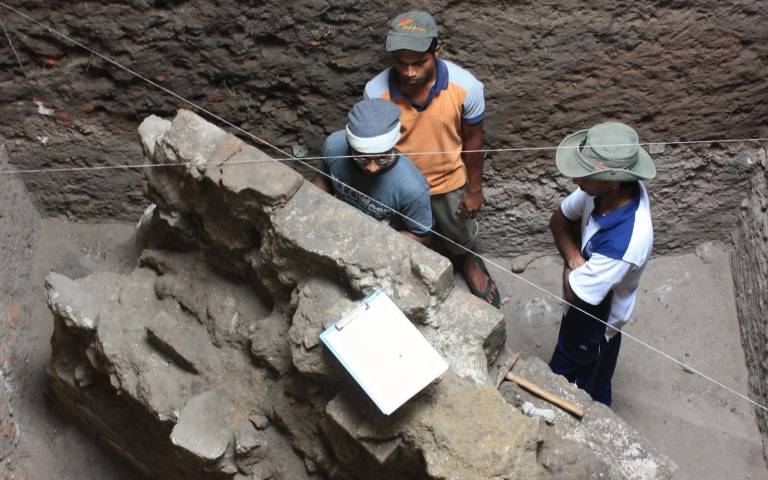 Sri Lanka has been at the centre of the spice trade for millennia and is today one of the biggest suppliers of clove to Europe, where it has become synonymous with Christmas and winter treats such as mulled wine.

Now published in Antiquity, the team discovered one rare sample of clove dating back to 900-1100 AD and eight samples of charred black pepper dating back to 600-700 AD. They were discovered at the site of an ancient port in Mantai, Sri Lanka.

Lead author, Dr Eleanor Kingwell-Banham (UCL Archaeology), said: “The clove predates most other finds of cloves from outside South Asia by around 500 years. There are only two other reports of clove in the world, including one from Syria which dates back to around 2,000 BC, but these have not been properly dated or recorded and the cloves, if there actually were any, have since been lost. So this discovery of clove in Sri Lanka is the earliest well dated and scientifically catalogued clove in the world.

“The black pepper is also quite a rare discovery for such an early period. However, we do have several earlier finds, for example from Pompeii and Herculaneum c.79 AD. There are also reports of pepper in the tomb of Rameses II, the third king of the 19th dynasty of Egypt, who died in 1213 BC and had two grains placed in his nostrils.”

Clove is native to the Maluku Islands in Indonesia where it has grown for thousands of years, without needing to be planted by people. The first clove tree was planted around the 16-17th century during the spice trade wars when the Dutch East India Company wanted a monopoly on the clove crop.Dr Kingwell-Banham, added: “The clove from Mantai would have been grown and harvested in the Maluku Islands, Indonesia, where it originated, then packed and shipped to Mantai possibly via Southeast Asia for trade onwards to any one of the regions that Sri Lanka traded with at that time - be it the Roman Empire, India or to Arabia. The amazing thing is that the Maluku Islands are around 7000 km from Sri Lanka and people were shipping them in relatively simple wind powered ships, which means they must have been highly valued.

“Clove is mentioned in the ancient texts of India, c.800 AD and was known as the ‘divine flower’. It was also associated with the Hindu goddess Lakshmi who symbolised beauty, wealth and fortune, so it really was a very luxurious product at the time.”

The discovery has been a long time coming, as excavation at the site started in the early 1980s but was disrupted by the civil war in 1984. The excavations were not renewed until 2009-2010 when extensive remains were discovered.

The trench was excavated to the depth of 10m down to what appeared to be the mid Holocene period.  Charred remains were collected and samples dried on site and packed into sealed plastic bags before being exported to the UCL Institute of Archaeology for analysis. Each sample was sorted and analysed using an optical microscope.

From the 2009-2010 excavations researchers also identified other food sources and ceramics. A total of 3,235 cereal grains and grain fragments were identified, 1830 (57 per cent) of which have been identified as rice and 84 (2.5 per cent) as wheat. While a total of 11,418 pottery fragments representing 123 different wares (about 80% produced in Sri Lanka and 20% imported) were also identified.

Dr Kingwell-Banham, said: “Traditionally when we think of early towns we think of mono-cultures but this new evidence suggests that ancient Mantai was a multi-cultural and dynamic trading hub.

“The discovery of wheat is particularly interesting because it is an indication that there were people living there at the time that weren’t interested in eating local staples such as rice and dahl. This suggests that there may have been different cultural groups co-habiting at the time, possibly from the Mediterranean or Arabia. It would’ve been an early cosmopolitan settlement.”

The research was funded by the Economics Research Council and Natural Environment Research Council. Excavations were carried out by a Sri Lankan-UK team as part of the SEALINKS project based at the Max Panck Institute of the Science of Human History, Germany and headed up by Prof. Nicole Boivin.