UCL has appointed Mace under a pre-construction agreement for Marshgate I, the largest building in the first phase of the new UCL East campus on Queen Elizabeth Olympic Park. 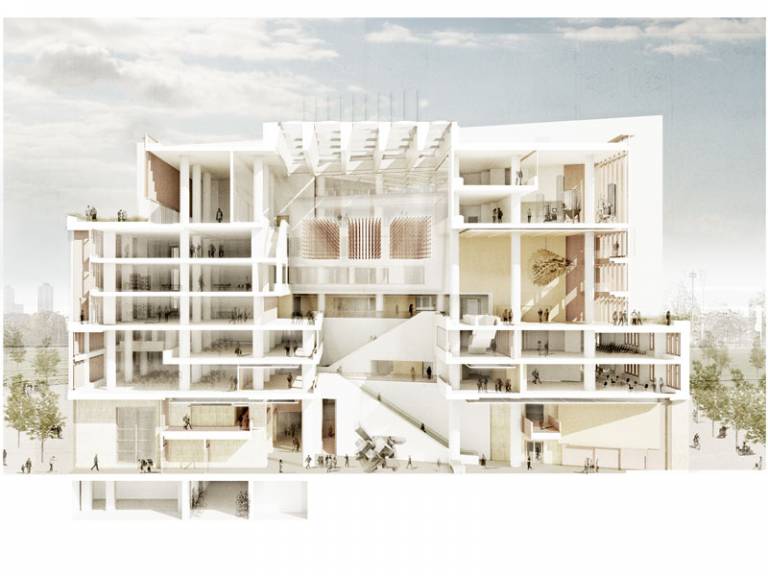 The pre-construction phase for Marshgate I begins immediately and will include an early review of the procurement strategy to secure project completion in 2022.

Marshgate I has been designed by Stanton Williams, who were appointed in 2016. Construction of Marshgate I is expected to start in 2019, following completion of design and agreement of build costs. A phased opening of the building is planned from September 2022.

Professor Paola Lettieri, Academic Director for UCL East, added: "Marshgate I is central to our academic vision for UCL East, providing research, innovation and teaching spaces and bringing together projects spanning the core themes of experiments, arts, society and technology."

Terry Spraggett, Mace's Managing Director for Public Sector Construction, said: "We are thrilled that Mace has been appointed to deliver the first phase of UCL's new campus. This ambitious project will build on the fantastic legacy of Queen Elizabeth Olympic Park, creating a high specification, collaborative and state of the art research, innovation and teaching facility in Stratford. We look forward to building on our excellent relationship with the University as we move towards starting on site in 2019."

UCL East will be part of East Bank, the capital's new powerhouse of culture, education, innovation and growth. The UCL East campus will be located alongside some of London's greatest cultural and creative institutions, including the Victoria and Albert Museum in collaboration with the Smithsonian Institution, UAL's London College of Fashion, BBC Music and Sadler's Wells.

Earlier this year, the Mayor of London, Sadiq Khan, set out the £1.1bn vision for East Bank. The scheme, which is receiving £385m from the Mayor and £151m from the Government, will provide skills and jobs for local people, bring more than 10,000 students to the site, and attract thousands of visitors from London and beyond.

UCL is receiving the majority share of the Government's contribution, having secured £100 million from the Government towards the capital cost of building UCL East.