The pressures that come with being a self-employed courier or taxi driver may significantly increase the risk of being involved in a collision, a new report by UCL finds. 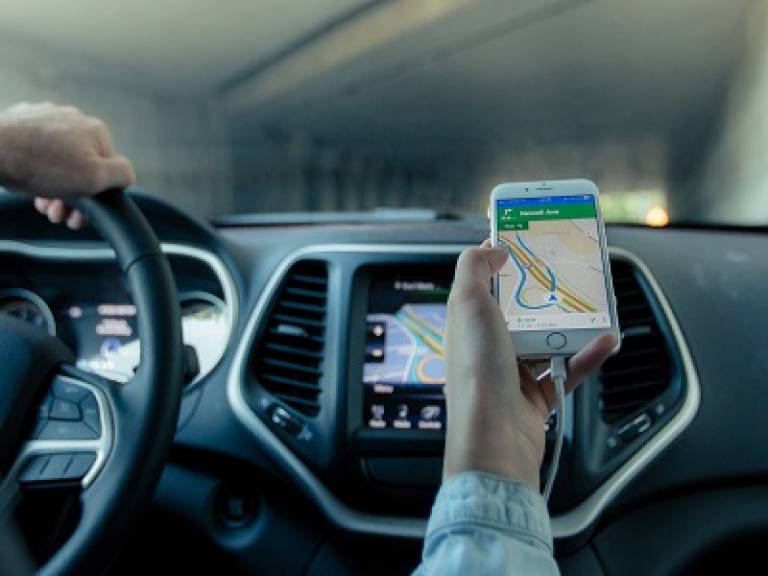 The majority of those surveyed - 63 per cent - are not provided with safety training on managing risks on the road. Sixty-five per cent said that they are not given any safety equipment such as a high visibility vest and over 70 per cent resort to providing their own.

Dr Nicola Christie and Heather Ward (UCL Centre for Transport Studies) carried out 48 qualitative in-depth interviews with drivers, riders and their managers, and analysed 200 responses to an online survey taken by drivers and riders. The participants included self-employed couriers who delivered parcels and food, and self-employed taxi drivers who received their jobs via apps.

"Our findings highlight that the emergence and rise in the popularity of gig work for couriers could lead to an increase in risk factors affecting the health and safety of people who work in the gig economy and other road users," explained Ms Ward.

"As more workers enter the economy and competition rises, the number of hours they need to work and distances they must travel to earn a stable income both increase. We know this is an issue but don't know exactly how far it extends as not all companies need to report the number of self-employed couriers they use to the government."

The UCL report, 'The emerging issues for management of occupational road risk in a changing economy: A survey of gig economy drivers, riders and their managers', includes a list of recommendations for companies using self-employed couriers and taxi drivers to limit the pressure drivers and riders are under.

These include introducing time blocks for couriers to sign up and be paid for, rather than a drop rate. If used, drop rates should take into account the time taken to travel safely within the speed limit and perform administrative functions such as scanning parcels and obtaining signatures.

Mobile phones should not be allowed to cause a distraction, after the results showed that 40 per cent of those using an app found them to be off-putting whilst driving or riding. Most of the surveyed couriers on scooters, motor and pedal bikes reported receiving work through an app which played a noise at intervals to alert them to a job with a fixed time window in which to accept.

Other risk points for drivers and riders include tiredness - particularly among parcel couriers - from overwork and the intense pressure of self-employed parcel delivery, with many reporting regular near misses and collisions.

Participants say they are more likely to take risks such as speeding or going through red lights to save time. One said: "You must stay within your time windows. The customer gets a delivery window when the parcel will be delivered and if you go out of those windows, you get fined for it."

Professor Christie said: "In previous years the UK had a good road safety record, but de-regulation over the last few years has left self-employed couriers and taxi drivers at an increased risk of exploitation. The Health and Safety Executive has regulations on safety at work, but these don't apply to those whose work takes place on public highways.

"I hope to see the recommendations in this report taken on board by the Department for Transport and incorporated into health and safety regulations as the gig economy is set to continue to increase."

Road Safety Trust chief executive Sally Lines called for urgent action at the highest levels to reduce the risks identified in the report. "This report makes for very worrying reading and demonstrates that an enquiry into the gig economy and road safety is needed urgently," she said.

In general, couriers on two wheels felt under less pressure than car and van couriers, but are still at risk of tiredness, distraction by their work app and taking risks. Two-wheeled couriers also reported worries of being attacked and adverse weather conditions, when their companies would incentivise couriers to go out to work.

Across both two and four-wheeled couriers, only 25 per cent agreed that the company cared about their safety whilst working.

The research was funded by the Road Safety Trust, with support and fieldwork from Further Afield.