From rural India to a cutting-edge cancer lab

Meeting a Prime Minister would be a significant moment for most of us, but when UCL researcher Dr Raju Veeriah met Indian Prime Minister Nahendra Modi at the Francis Crick Institute last week, everyone in his home village in India came out in celebration. 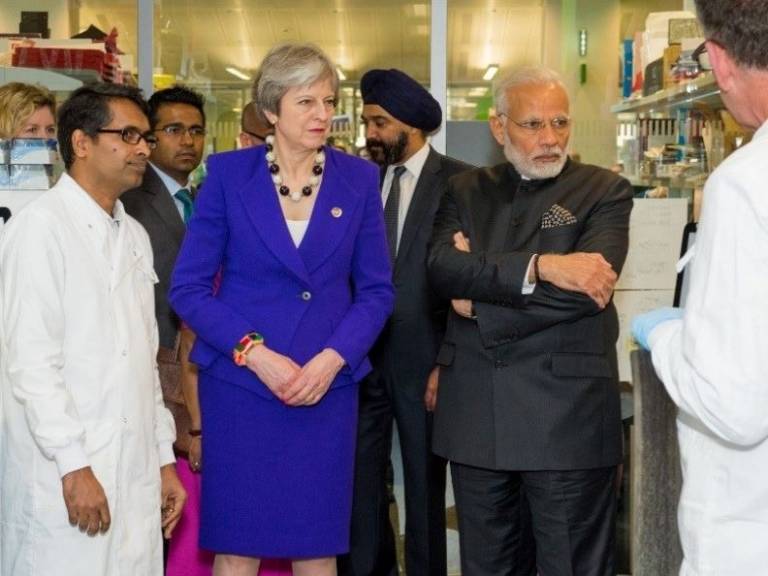 Raju grew up in a farming family in Periyavadi, a small rural village in South India 50km from the nearest train station. Raju was the first of the family to go to university, after his father spent years toiling on the farm to save up enough money to cover the fees.

Raju excelled as a cancer researcher and went on to do his PhD at Memorial Sloan Kettering Cancer Center in New York. Inspired by his father's work ethic, he saved up his PhD stipend to pay for his brother's university education. Raju is now a successful researcher in Professor Charlie Swanton's team at the Crick and the UCL's Cancer Institute, where he developed a technique for detecting lung cancer relapse in the bloodstream a year before clinical signs appear.

When the Nature paper reporting this technique was published in 2017, Professor Swanton posted Raju's parents a copy of the paper and a personal note about Raju's important contribution. They were incredibly proud when they heard the news and called him up in tears of joy to congratulate him. So you can imagine how they reacted when they heard that Prime Minister Modi, was due to visit the Crick with UK Prime Minister Theresa May and hear about Raju's work.

"My parents were so excited when I told them I was going to meet Prime Minister Modi!" says Raju. "Our village doesn't have internet, so my brother drove them two hours to Pudukkottai, the nearest town, to see pictures from the visit at an internet café. They were in floods of tears and wanted to thank everyone involved in organising the visit. Seeing their reaction was truly humbling."

Raju's parents printed off a few pictures to take home, and now everyone in the village has been over to see them and celebrate Raju's achievements. 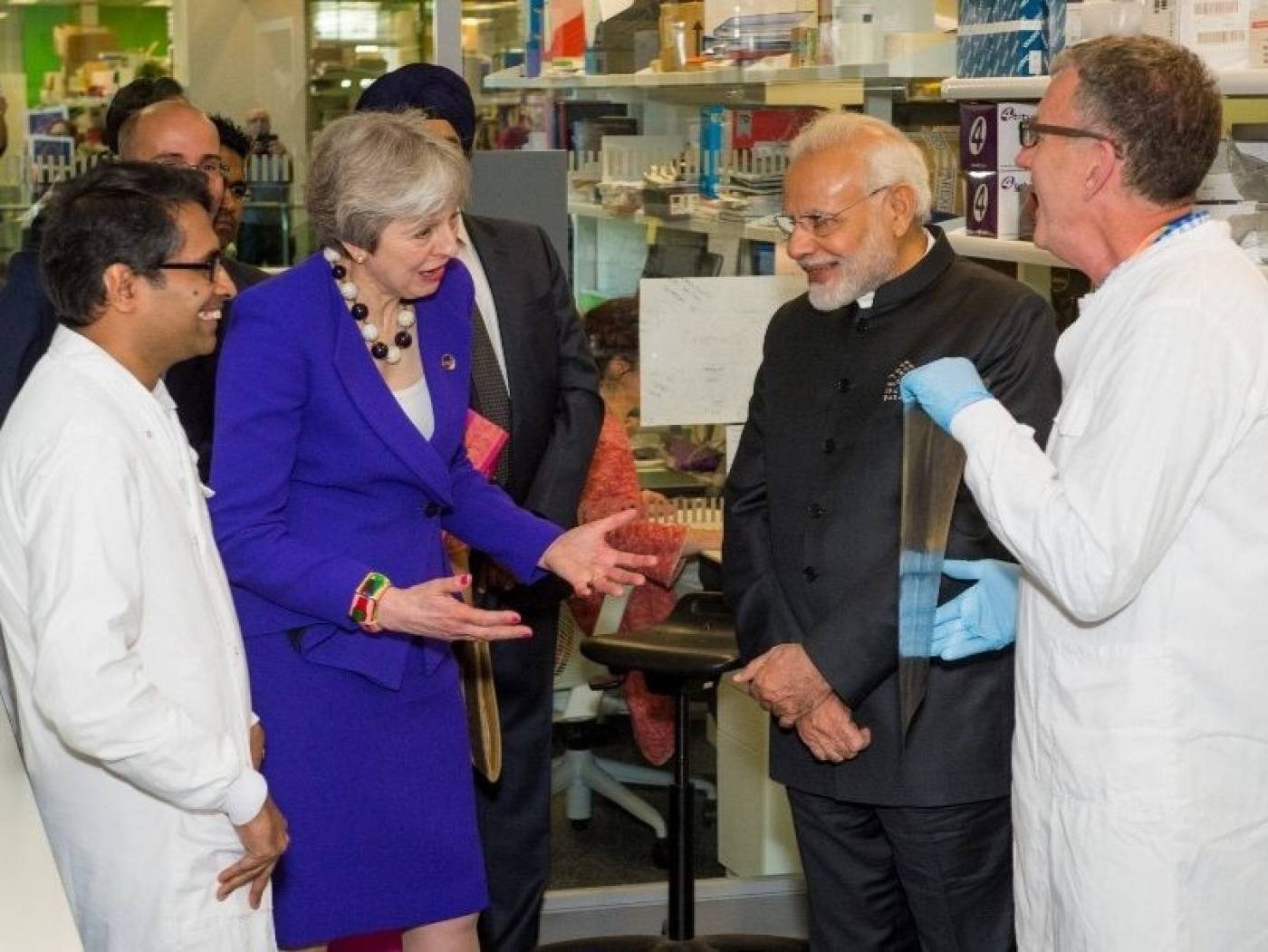 "Raju is a true inspiration and his parents are right to be proud of him," says Professor Swanton. "What he's achieved in the face of real hardship is truly incredible, and we're lucky to have him in our lab."

To give Raju's parents a more permanent memento, Professor Swanton spoke to Joe Brock from the Crick's Research Illustration team who kindly printed and mounted high-quality images of the occasion to post to Periyavadi. The images capture the warm, friendly tone of Raju's interactions with the Prime Ministers.

"The visit was a brilliant experience and Prime Minister Modi was so warm and down to earth," says Raju. "When he came to meet the Crick's Indian staff, he happily chatted to us in English and Hindi and it was very casual and friendly. We had a really nice time, and a lot of us didn't know each other before. After coming together for the visit, we're all going to meet up again and maybe spark some collaborations - so there's another bonus!"