Research shows that people differ in their power of perception

Some people have superior powers of perception, showing greater ability to spot objects, even from brief computer screen presentations of just a fraction of a second or in busy visual environments, whether the objects appear inside or outside their focus of attention, according to a new UCL study describing an objective method that can be used to test for perceptual capacity. 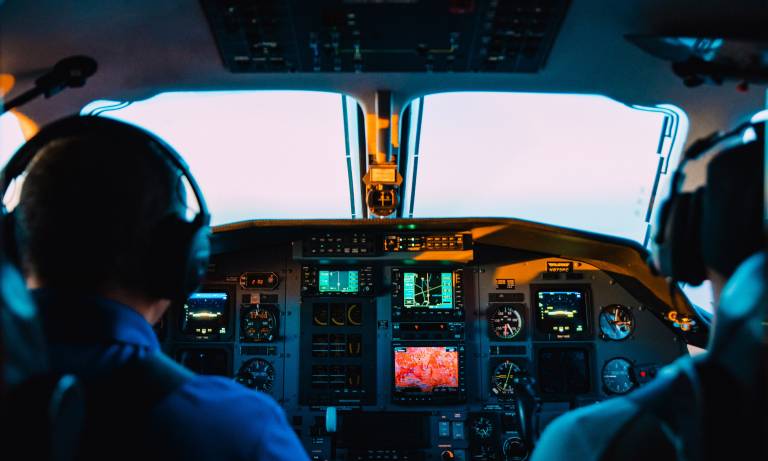 The study, which was published in the Journal of Experimental Psychology: Human Perception and Performance, measures individual differences in perceptual capacity (the number of things a person can perceive and detect simultaneously), finding that people have a consistent level of performance across different measures of perception, such that, for example, a person that is found better at detecting the change of a single object in a cluttered image will also be better at tracking objects moving at random, spotting an unattended item, and instantly identifying the number of objects presented for less than a quarter of a second.

It is the first study to identify perceptual capacity as a distinct, measurable ability that varies between individuals. It is, as the study shows, separate from general cognitive faculties, and cannot be explained by working memory capacity (the amount of information people can actively maintain in their short term memory as they process incoming information).

The study further demonstrates that a person's perceptual capacity can be predicted from objective measures of their performance in the computerised tests administered. For example, a simple test of their ability to instantly detect how many items are briefly presented to them. The researchers analysed performance on this task and derived from it the 'breakpoint' at which each person could no longer instantly detect accurately the number of items presented (a process called 'subitizing'). They found that from this it is possible to predict a person's overall perceptual capacity as then manifested in all other tests. Similarly a short battery composed of all computerized measures could be used as a robust new test. The researchers see their work as providing a scientific basis for screening tests to recruit for safety-critical professions such as pilots or airport security personnel.

Some of the studies reported took place at the Science Museum in London where members of the public took their tests. For example, Museum visitors were given the 'subitizing' test. The same people were also took part in a change detection task. They were presented with pictures of busy scenes (for example London streets) arranged in pairs of images identical to each other, except for one change. The task was to spot the change. The results showed that change detection ability could be predicted from the 'subitizing' test.

"We identified a novel trait that is different from working memory, general intelligence or motivational factors. It can be very important for people in professions that require a high degree of perception and detection abilities in high load environments such as pilots in the cockpit, air traffic controls and other operators (e.g. in security) that have to monitor multiple screens" said the study's lead author, Professor Nilli Lavie.