Does age at menopause affect memory?

Entering menopause at a later age may be associated with a small benefit to your memory years later, according to a new study led by UCL researchers. 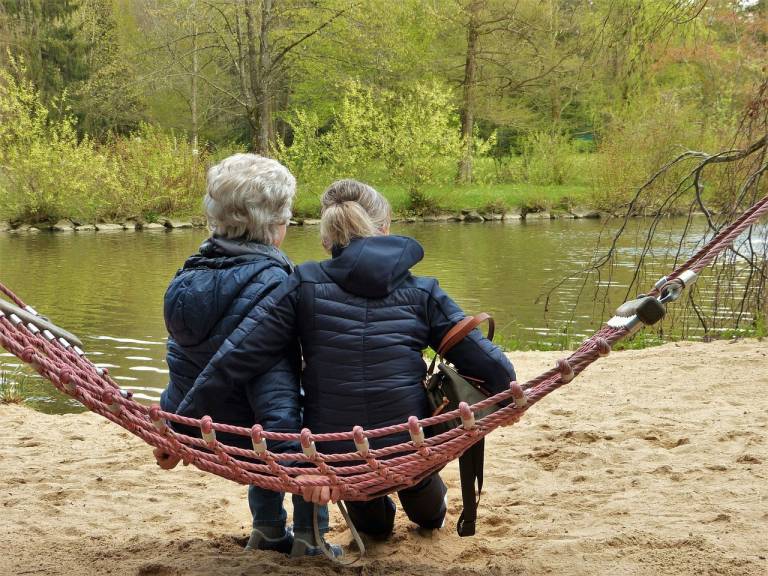 The paper, published today in Neurology and funded by the Medical Research Council (MRC) suggests a possible link between entering the menopause late and memory retention.

"This study suggests that lifelong hormonal processes, not just short-term fluctuations during menopause, may be associated with memory skills," said lead author, Professor Diana Kuh at the MRC Unit for Lifelong Health and Ageing at UCL.

The study involved 1,315 British women from the MRC National Survey of Health and Development who had been followed since their birth in March 1946. All of the women had tests to assess their verbal memory skills and their cognitive processing speed at ages 43, 53, 60, 64 and 69.

The researchers collected information on age at menopause (either natural or due to hysterectomy or removal of the ovaries), whether they took hormone replacement therapy, and other factors that could affect thinking and memory skills, such as childhood cognitive ability, amount of education, smoking and type of occupation.

Menopause, which is defined as the age at last menstrual cycle, started on average for the women with natural menopause at age 51 and a half.

For the verbal memory test, participants were asked to recall a 15-item list three times, with a maximum score of 45. At age 43, participants recalled an average of 25.8 words. By age 69, they recalled an average of 23.3 words. The study found that among 846 women who experienced menopause naturally, women who had later menopause had higher verbal memory scores, remembering 0.17 additional words per year. After researchers adjusted for other factors that could affect memory, the difference was 0.09 additional words per year.

"The difference in verbal memory scores by age of menopause was small-recalling only one additional word, but it's possible that this benefit could translate to a reduced risk of dementia years later," said Professor Kuh. "More research and follow-up are needed to determine whether that is the case."

Professor Kuh noted that the relationship between the age at menopause and memory scores was not affected by use of hormone therapy.

For 313 women who experienced menopause due to surgery, the relationship between age at the time of surgery and memory scores was no longer present after researchers adjusted for other factors that could affect memory. On the test of how fast the women could process information, there was no relationship between the age at menopause and test scores.

"This difference may be due to the estrogen receptor role, which regulates the gene that codes brain-derived neurotrophic factor, which helps to solidify memory formation and storage," Professor Kuh said.

Limitations of the study were that the tests of memory and processing speed were taken relatively far apart in time and that information was not available on the dose for women taking hormone therapy.